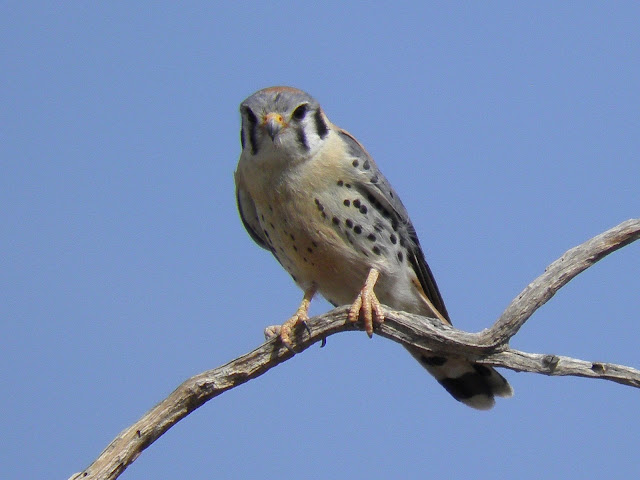 This afternoon the male kestrel was hanging around, not moving much, just intently staring. From the nest hole came begging sounds, but much weaker than before. I could see only one chick, and after a while I noticed that it was watching something on the ground in front of the saguaro. 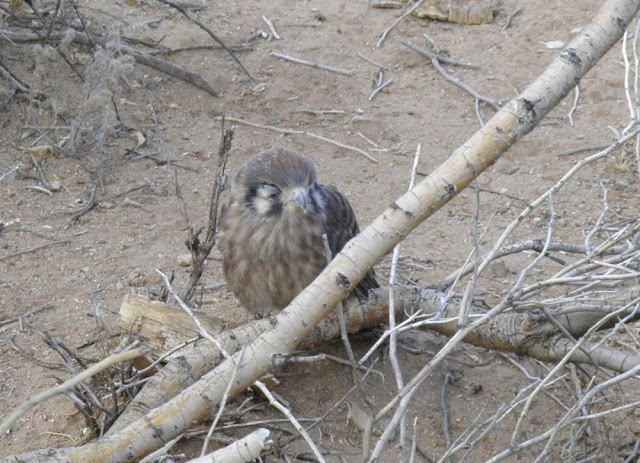 There he was - one of the bigger chicks but still unable to fly and very tired. These chicks were nicely protected from predators while staying inside the saguaro arm that juts far out from the main trunk, but as soon as they leave the nest they are quite out in the open with nothing to climb up on and no way back. 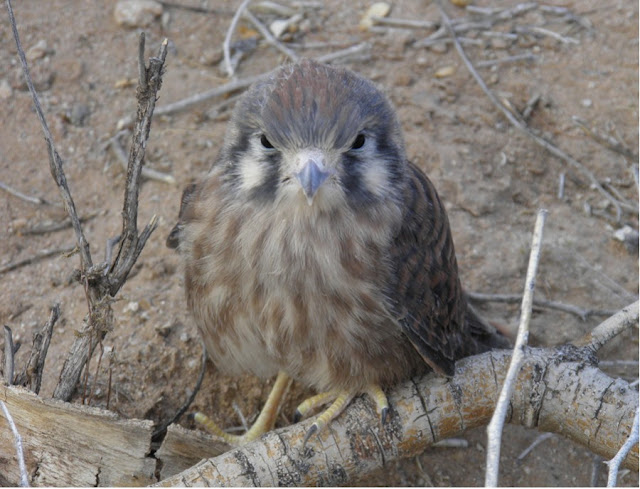 We had no intention to interfere with nature, we only chased the ravens off a couple of times....and got very attached to these little falcons in this hard environment. This guy was definite coyote bait where he was sitting. They come by very night to taunt our dogs.
So I caught him with my shirt and stuffed him into the photo bag. Randy got the ladder and held it steady so I could teeter on it's top steps reaching up to the saguaro arm. I dropped the chick unceremoniously on his brother's head and covered the hole with my hand until they settled down. No photos of that adventure - we both had out hands too full. 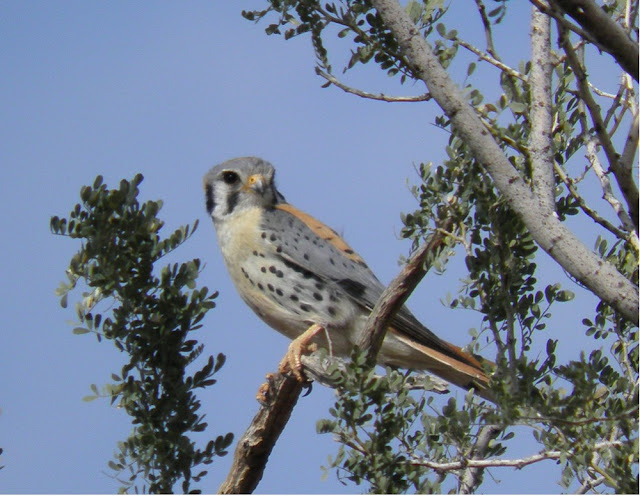 We were being watched closely. The male never left his perch. But it didn't take long and two heads appeared at the nest entrance and two chirping voices demanded food. Father obliged - he got at least two more lizards in the waning light and just tossed them in  - the chicks can do the rest by themselves now.
I have the feeling that this was one of the last times we have seen this family at the nest.