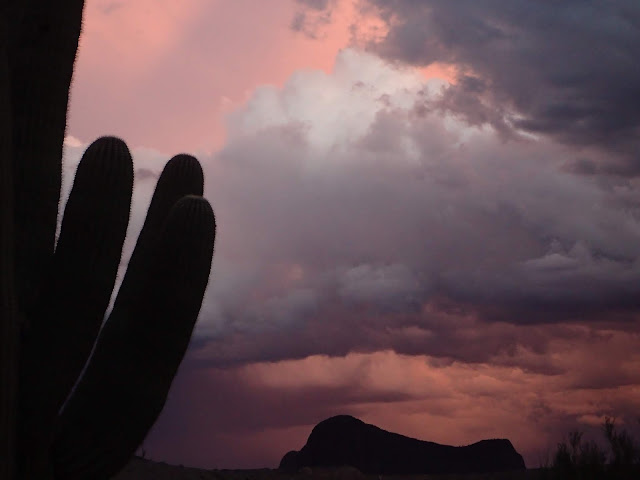 October 2018  brought rain to the desert. While destructive hurricanes swept into Baja, Mexico,  we enjoyed the load of precipitation  in their aftermath ,  even if it came in the form of heavy hail in some places like Sonoita and our art show in Patagonia got quite slippery and muddy at times. 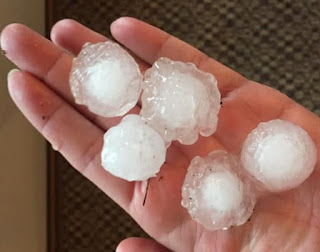 While the higher elevations of the sky islands and the Mogollon Rim received a sprinkling of snow and the cool nights are bringing fall colors to aspen and maples, our own low desert is again draped in fresh greens and on the foot hills of the sky islands  all kinds of Asteraceae like Bidens erupted into millions of yellow flowers. 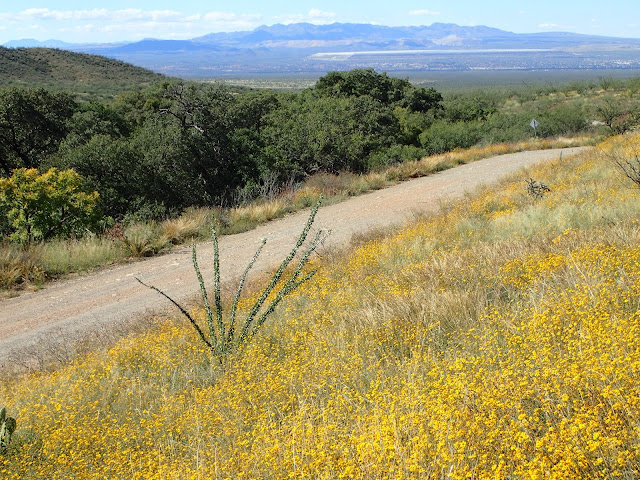 Desert Broom is also blooming. Roads on the west side of the Santa Rita Mountains are lined with nice mature bushes of this often maligned species. It grows in disturbed habitats and insects and entomologists love it as much as gardeners seem to loath it. 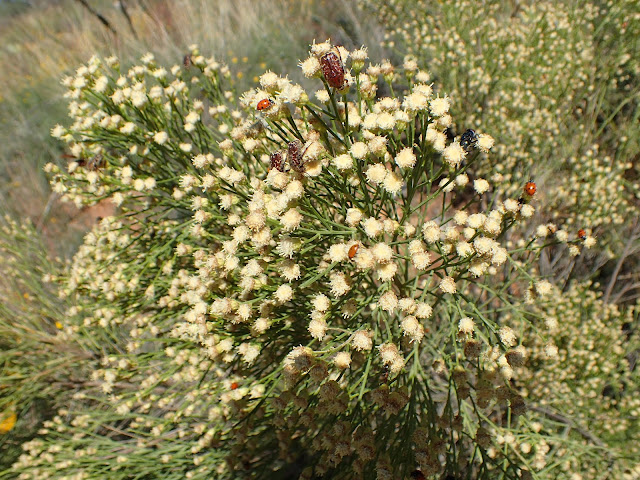 I am still primarily looking for beetles, but I did not find anything new, just the usual mix of Scarabs, Chrysomelids, Cerambycids, Ladybugs and Blister Beetles. I noticed a surprising absence of Cantharids. Maybe those flew early this year, I did see huge numbers in September

A Great Purple Hairstreak demonstrated how to draw attention away from one's vulnerable head to the expendable pseudo-antennae and false head at the back of one's wings. If I had been a bird I might have fallen for the trick

Most Desert Broom bushes were dominated by wasps. Nests of Polistes comanchus, P. flavus and P. major castaneocolor must have been close by. Young queens and males were feeding on nectar (and pollen ?) . They are probably not raising larvae at this time of the year so it was all for their own consumption (not that the males ever contribute to feeding the brood). Many of the big young females were wrestling for dominance. Will their ranking still matter after they have survived the winter to start new colonies from scratch in spring?

Spider wasps Pepsis and Tachypompilus were also feeding on the broom flowers. Like several of the other visitors, they had eagerly consumed oozing tree sap from the branches of the broom in August and September. Is it possible that the broom actually profits from its earlier losses of sugar water by having pollinators at its beck and call when it finally blooms?  But only a few species are present both in late summer and in late October. 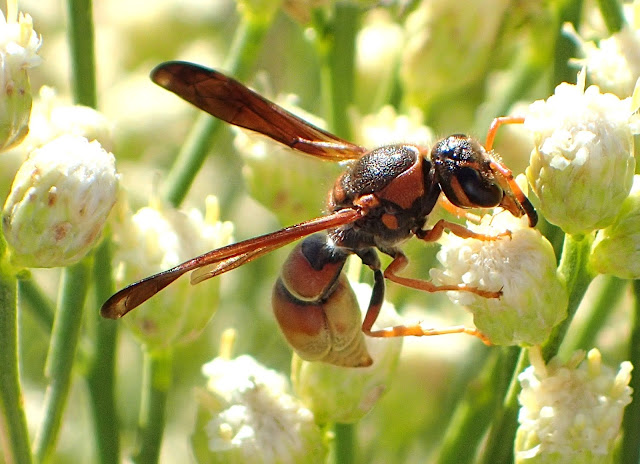 The potter wasp Euodynerus guerrero gave a pretty good imitation of a paper wasp. Euodynerus probably has a sting of her own, but mimicking a powerful social wasps has its advantages. 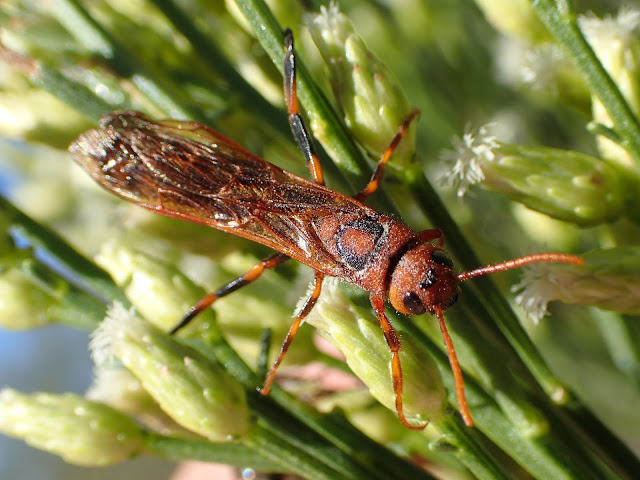 The Pidgeon Horntail Tremex columba is a wood-boring wasp belonging to the Symphyta. Those wasps have no thin waist and no sting - their ovipositor is still just that. (The one in the picture is a male anyway)  I found a rather big female and several smaller males. 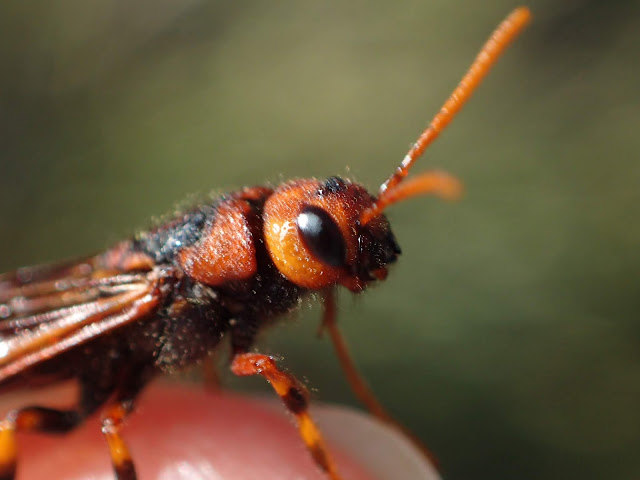 They all were sitting quietly as if asleep. I have never seen these guys more active than this. Are they night active? Or can they be so slow because the trees they place their eggs in don't run away? One male flew very sluggishly after I disturbed him.

Nothing sluggish about this male insect: The Predatory Stinkbug   Oplomus dichrous was hunting for insects often larger than himself.

The male Wedge-shaped Beetle (Ripiphorid) Ptilophorus wrightii was scanning the ether for scents of a female. Just check out the immense enlargement of the surface of his antennae: "the better to smell her with"- those surface areas are loaded with sensory cells. 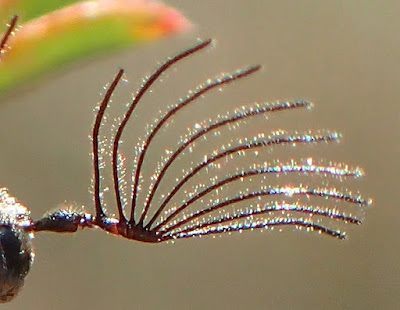 I concluded the nice day with checking up on my print and card inventory at gift shop of the Santa Rita Lodge in Madera Canyon and enjoyed coffee and ice cream watching Magnificent Hummingbirds.
Posted by Margarethe Brummermann at 6:20 PM No comments: