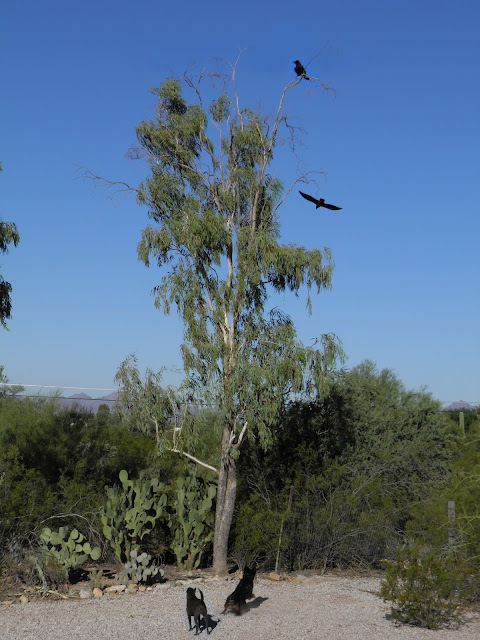 Our resident pair of ravens visits regularly, but by now without this year's brood of 3. I hope the kids moved on and are healthy! Our dogs have no patients for the ravens' performance of bows and songs of clicks and clucks.

Lots of snake activity lately. One night, this 5 footer was caught in our gate. While I held the head, Randy cut him loose. We are a practiced team by now.  This rattler turns up every time when Randy waters the Aloes in front of the house. On the path from the patio we have 2 smaller regulars.

I'm outside at night quite often: there are cacti that only bloom in the dark, Pocket mice rustle on the ground, toads and geckos are hunting and also a very nice little tarantula.

But the most special visitors are the long-nosed bats that regularly empty hummingbird feeders all over Tucson. Randy is quite tired of refilling them every morning. I like the secretive flutter.

It's still quite hot, so we take our walks into the state-land early, when the shadow of Twin Peak (singular now) still covers our path. Or I make a short late afternoon trip down one of the deeply gauged washes.  White-thorn acacia bushes sprouted fresh leaves and flowers after the rains and are now covered in delicate red pods.

A surprising sight: A big Jewel Beetle Gyascutus caelatus is checking the acacia for its  host-plant potential. I used to travel to the Santa Rita Mountains to see these beetles.

Already, we are thirsting for more rain. The monsoon was good, but could still be better ... but the Saguaros plumped up nicely and the Palo Verdes and Ocotillos sprouted a new crop of leaves.. 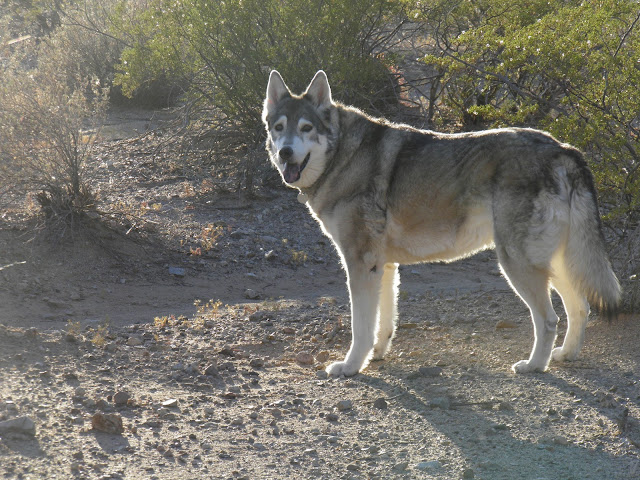 Laika, now definitely an elderly wolf dog, is still excited about our walks, but today she returned home early.  Randy had stayed home and she probably just missed him. 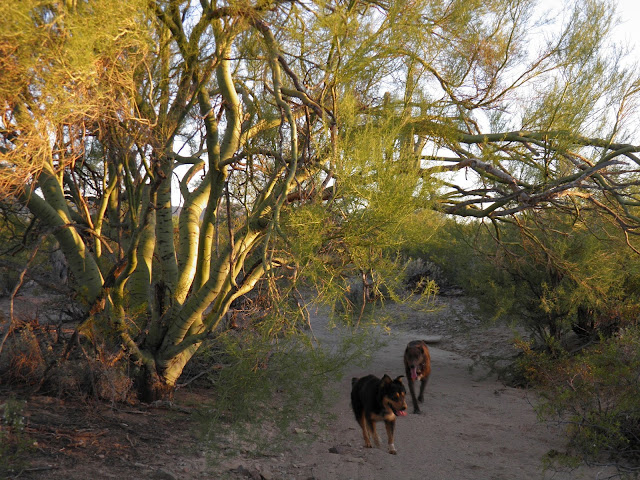 Mecki and Bilbo tired themselves out too, racing and digging, and trying to find the cattle that is somewhere out there. 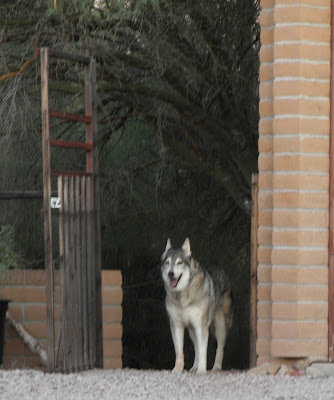 Laika was faithfully waiting for us at the gate by the garage. Even though I wasn't worried when she disappeared, I was still happy to find her there. 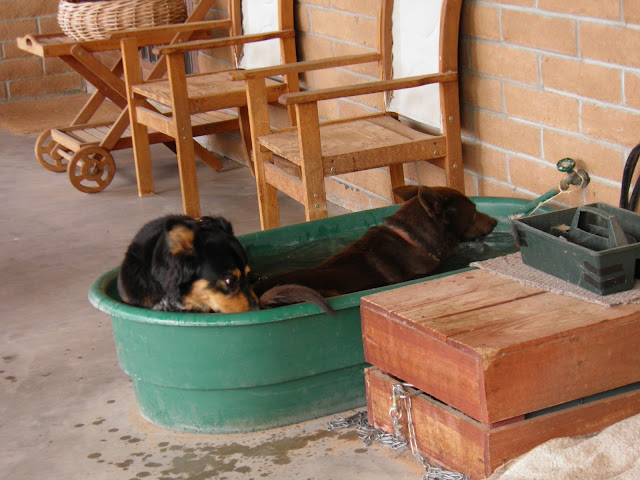 For the pups it's now time for a dip in the tub. That means that the will not come into the house until dry. In theory. In praxis, Mecki just stormed through the door and is now licking his feet on the carpet right behind me.  Oh well. It's dark by now and the rattlers are roaming.
Posted by Margarethe Brummermann at 8:04 PM No comments: