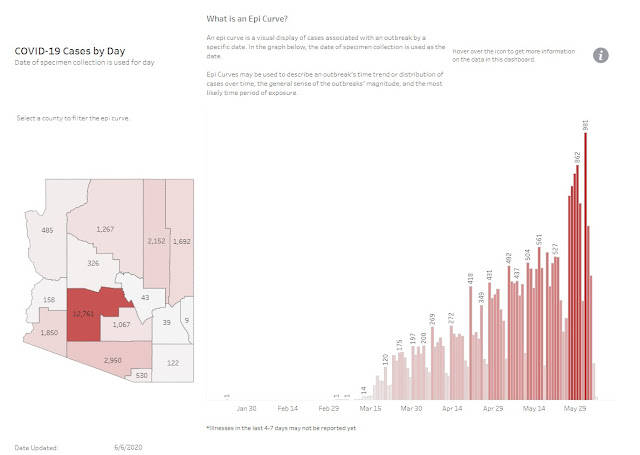 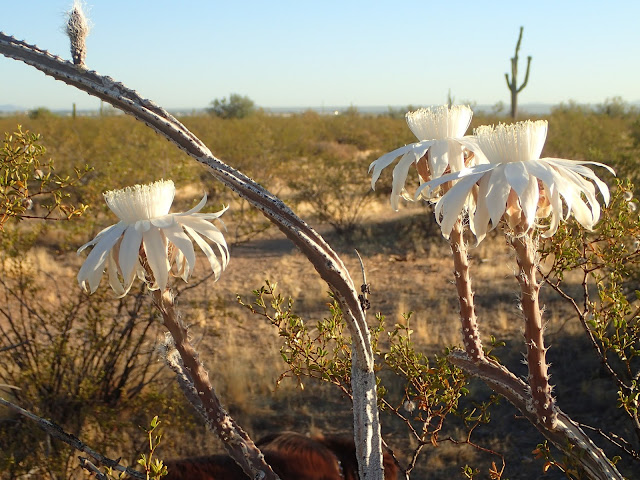 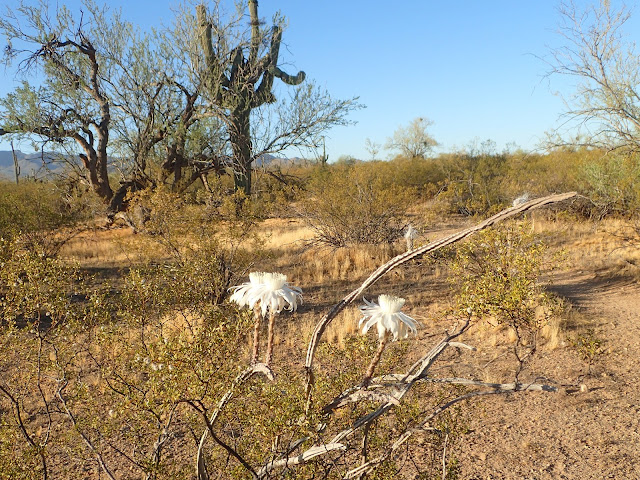 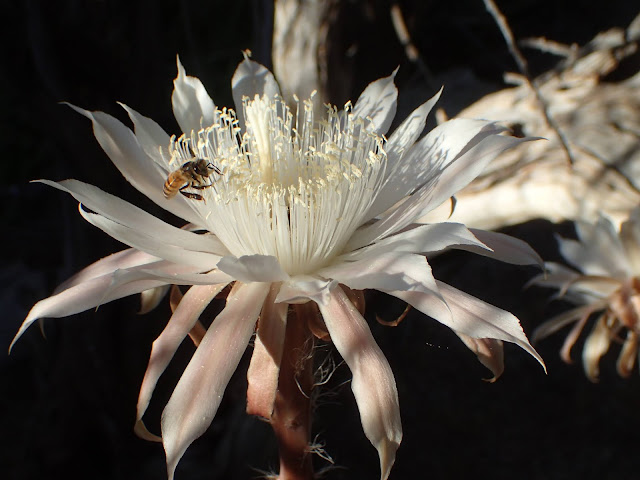 5 Harris' Hawks are hanging around for days now, watching us from breakfast to last evening walk. Maybe they like the new big birdbath that I put out across the street? There they left a beautiful feather. For me? Or does it come from the pair of Cooper's that also frequents that yard? Legally I'm not even allowed to pick it up. At the base, it has a light part with some freckles and the darker part of the vane is subtly banded. It looks very much like the eagle feathers on Native American festive gear, just much smaller. At its tip it shows traces of at least a year of use.. Only the strong rachis and some hard barbs are left to form a sharp, bleached out point
Posted by Margarethe Brummermann at 11:23 AM No comments: