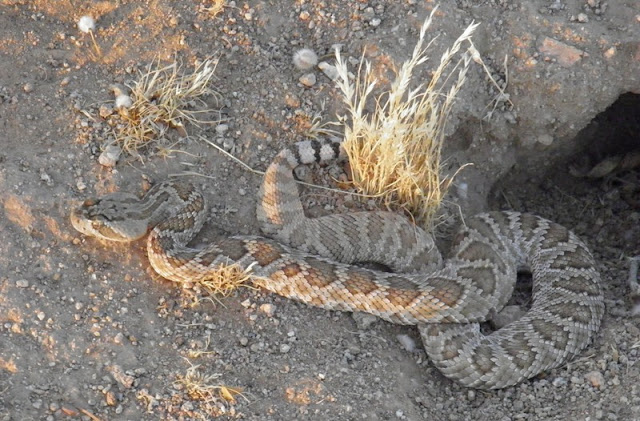 On the evening of Memorial Day my dog Cody and I took a walk into the State Trust Land to the north of our property. A little rattler by the side of the road enjoyed the evening sun - the day had been surprisingly cool. 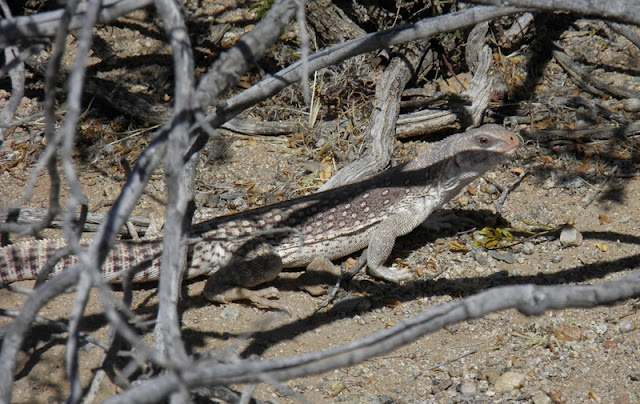 Nearly too cool for the Desert Iguana who seems to enjoy the triple digits more than all other reptiles around here. I'm still trying to catch one that's climbed up in a creosote bush to feed on leaves or flowers, but they are very fast and careful, trying to get close to a hole in the ground even if they don't quite disappear

Cody and I were really out there to check on the Red-Tails one last time. After one chick was on the ground on the 18th, and back with his sibling on the 20th, Randy and I found only one chick in the nest and the mother calling from a close by saguaro on the 25th. After that it got so windy and dusty that nobody wanted to be out there for a couple of days. By now, we expected that they were all fledged. Sure enough - in the picture you see the saguaro with the empty nest. 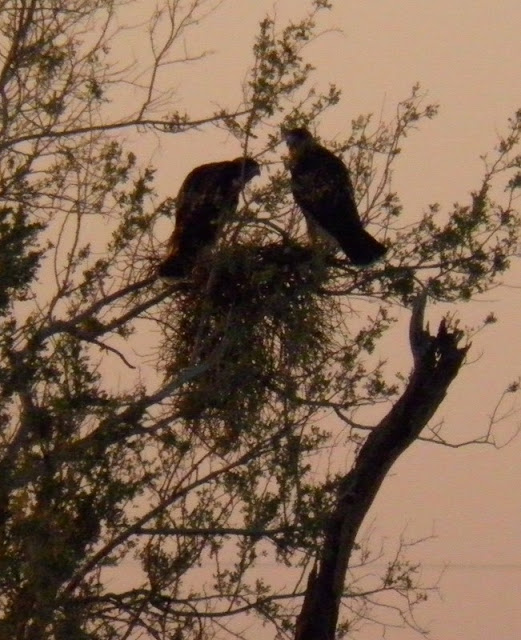 But when I swung my binoculars left, to a mistletoe clump in the Ironwood Tree - there they were: two very grown up Red-tail chicks, still meeting a sunset curfew! I had noticed before that I was more likely to find the older chick in the nest at night than in the morning. 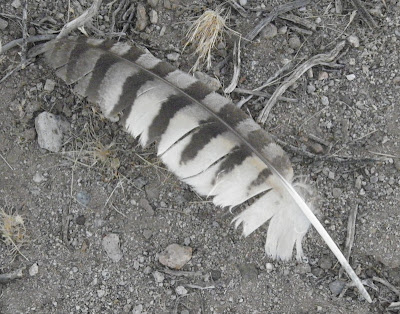 I found a feather and stuck it in my hat as a good bye. It's from a big raptor, maybe the male red-tail, the female's secondaries seemed much darker than this.
. 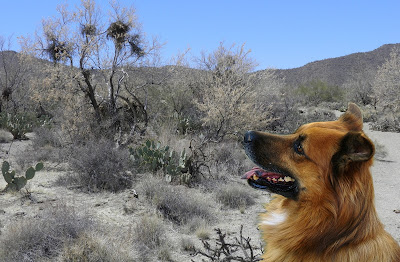 By popular request: Hawk-watching Cody. He looked very different when he pointed at the rattler, but I don't have the nerve to take a photo before calling him off.
Posted by Margarethe Brummermann at 4:40 PM