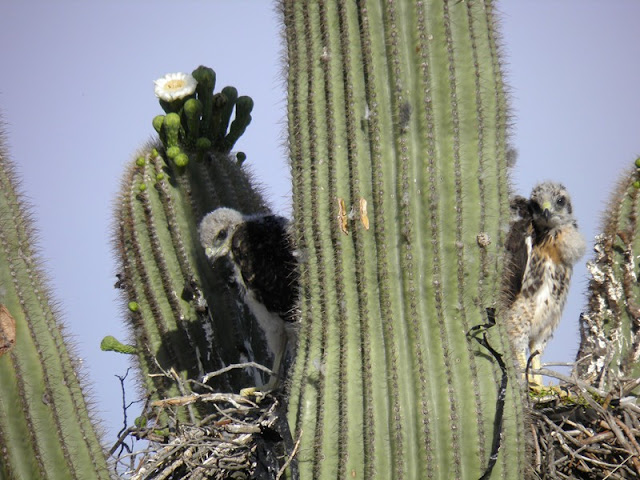 The little Red-tailed Hawks have made great progress over the last week: they are standing upright, surveying their surroundings with keen raptor eyes. Both have inherited their father's light coloration. No rufous  morph this year. 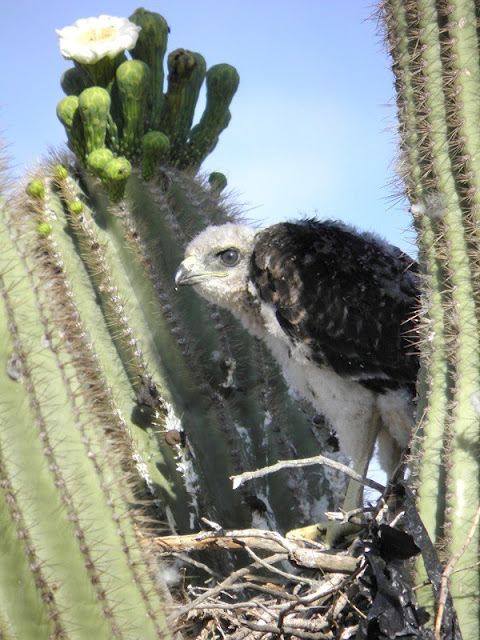 He's the smaller one but he looks healthy and alert so he's hopefully able to compete for his share of the prey that the parents provide. 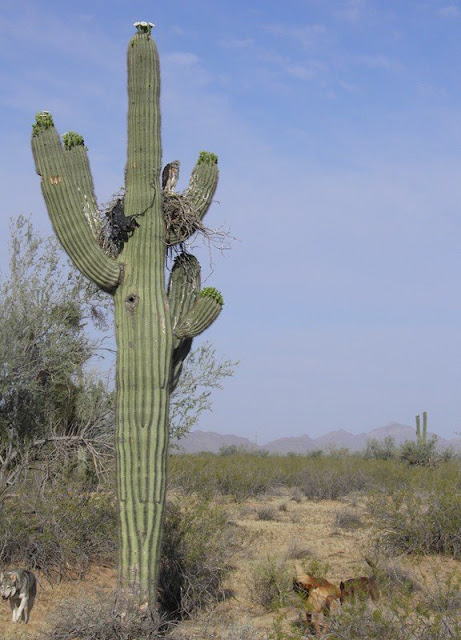 The chicks producing so much waste now that the whole area is splattered white.
The smell is not lost on other meet eaters. Our dogs had to investigate - the chicks in their towering aerie watched them but didn't seem frightened. A turkey vulture also hangs around the nest every year. 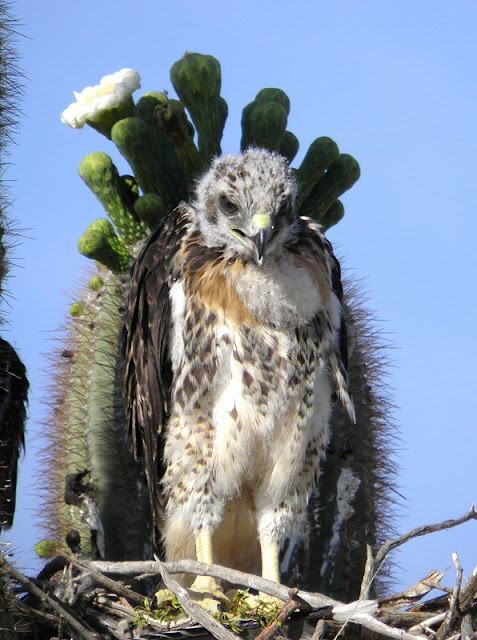 While the chicks are growing up, the adult hawks are bringing more twigs and branches to the nest, maybe to cover up food scraps that fall into the nest. There is a twig of rather freshly green Creosote visible at the feet of the larger chick in here.

Mom arrived just after I had these shots. Time to go!
Posted by Margarethe Brummermann at 10:58 AM