Animals in their Habitat: Arizona Cardinals 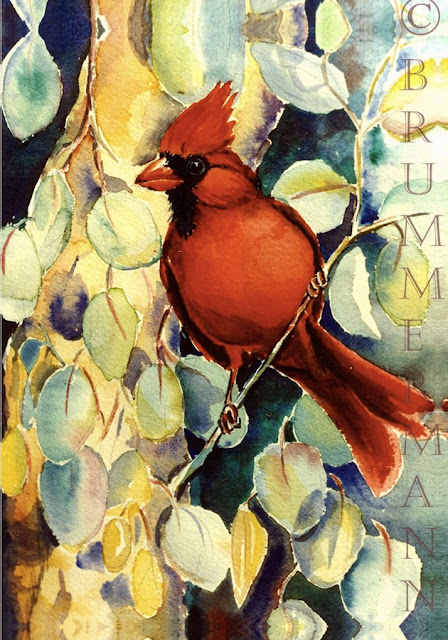 Animals in their habitat: For some birds, their habitat requirements seem very variable. The Northern Cardinal seems to be fine where he has access to big, oily seeds, brush for nesting and some water. Still, the species' distribution puzzles a lot of human 'snowbirds'. They come from the Northeast to Arizona and find their statebird already established in their winterdigs. Did he migrate, too? No. He is a breeding resident. Was he introduced by transplanted humans who felt l...onely for their pretty red bird? I often hear that idea, sometimes vigorously defended and supported by the remark that Arizona 'really' is the territory of the 'Desert Cardinal', the pyrrholoxia. Not so. If you look at the distribution map of the Northern Cardinal you see that the bird indeed mostly lives in eastern Canada and US areas: from Maine to Texas and in the provinces of Ontario, Quebec, New Brunswick and Nova Scotia. The distribution maps of many birding books end at the souther US border. But in the south its distribution covers Mexico to the Isthmus of Tehuantepec, northern Guatemala, and northern Belize. An allopatric population is found on the Pacific slope of Mexico from Jalisco to Oaxaca; the Arizona population seemlessly extends from the north Mexican distribution. Most likely, the long north south extension of the Rockies in North America and northern Ice Ages are the reason for the peculiar distribution pattern of the 'Northern' Cardinal.
Posted by Margarethe Brummermann at 7:20 AM