Following in Dragonfly Woman's footsteps, and missing her alliteration by a day this week, here I am presenting five midsummer-nightly co-inhabitants of our backyard. This is just before the monsoon begins (we hope). 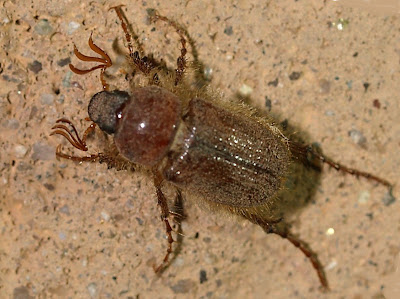 These little scarabs, Acoma sp. come to my porch light every year, but only the males. I have yet to find one of the flightless females. As with many other desert spp., the numbers are dwindling. 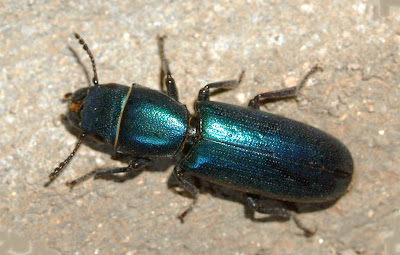 Temnochscheila sp. are predators of wood-boring beetles and usually associated with conifers. We had an old pine tree which I thought was the source of these beetles, but some years ago it died and was completely removed while the beetles are still going strong. Of course, the idea that our one pine tree, far removed from its normal habitat, would support this secondary guest (a predator of the tree's pests) was a little naive to begin with. This species seems to be a true desert inhabitant and quite independent of conifers. 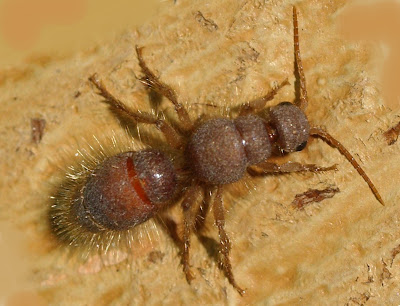 This little wingless wasp had me wonder whether it was a mutillid or bradynobaenid but in fact its family Chyphotidae is not related to any of those. They just share the features that there females are wingless and their winged stin-gless males come into our house to buzz around the reading lights. This species impressed me because it is suspected to be a brood parasite of Solifugae, sun scorpions 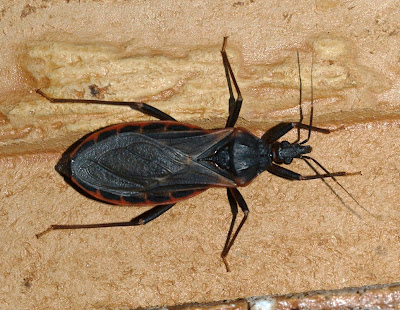 Kissing Bugs, the blood-sucking cone-noses  Triatoma rubida, are the only bugs that I always kill when I find them in our house. This year at least, they go into the freezer to be shipped off to a collector in Spain. Kissing bugs probably grow up in Packrat nests, but I have found nymphs in our dogs' beds, too. The adults are good fliers who are attracted to lights. Luckily their activity ends with the onset of the monsoon. Arizona has at least three species of Kissing Bugs but T. rubida is the only one I have collected around our house. 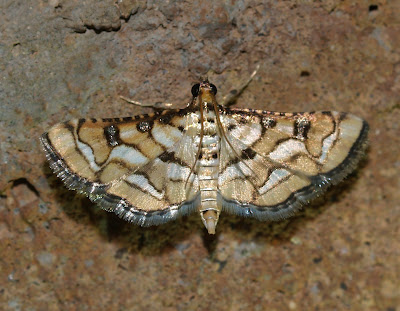 Posted by Margarethe Brummermann at 1:28 PM