It's June, and Tucson and the lower desert are parched. No rain, and none to be expected till July, and temperatures daily above one hundred. So I took a ride up Mt Lemmon yesterday. Surprisingly, not very high up, around Molino Basin, the insect world was buzzing with activity around blooming acacias, and I had to tear myself away to make it all the way up into the conifer area (over 8000 feet) that was my target.

At Middle Bear I ripped loose bark off a fallen Ponderosa Pine to collect some big Tenebs that I knew would be there. They are for Alejandro Castro Tovar from Spain.

The same piece of bark revealed a huge pupa of an Elaterid. I hope it will hatch. I have collected Chalcolepidius apacheanus there before. Yessss - I was right: C. apacheanus emerged a week later.

I always drive all the way up and park high above the ski area to hike the Meadow Trail, even though it leads soon into a jumble of fallen trees from the last big fires that hit the area. Most of the beetles I found were old acquaintances, but one can always get better photos!

On the blooming pines there are always weevils, and a very special, tiny species, Tachygonus centralis, can be found on the Locust trees (Robinia neomexicana) that are colonizing burned spots on sunny slopes a little further down.

Freshly dead Pine trees are always a great source of Clerids that are hunting for wood boring insects. I had seen Enoclerus moestus in the Chiricahuas last year and recognized him right away when he was rolling around in my beating sheet with his read abdomen flashing. That's of course hidden when he's posing upright with his wings closed.  I also found my first-of-the-year Gibbifer californicus, the pleasing fungus beetle that breeds on shelf fungi on dead or dying trees.

A gorgeous specimen of Cosmosalia chrysocoma fell out of a blooming pine branch. As it was getting late in the afternoon the beetle was inactive and content to pose for my camera. 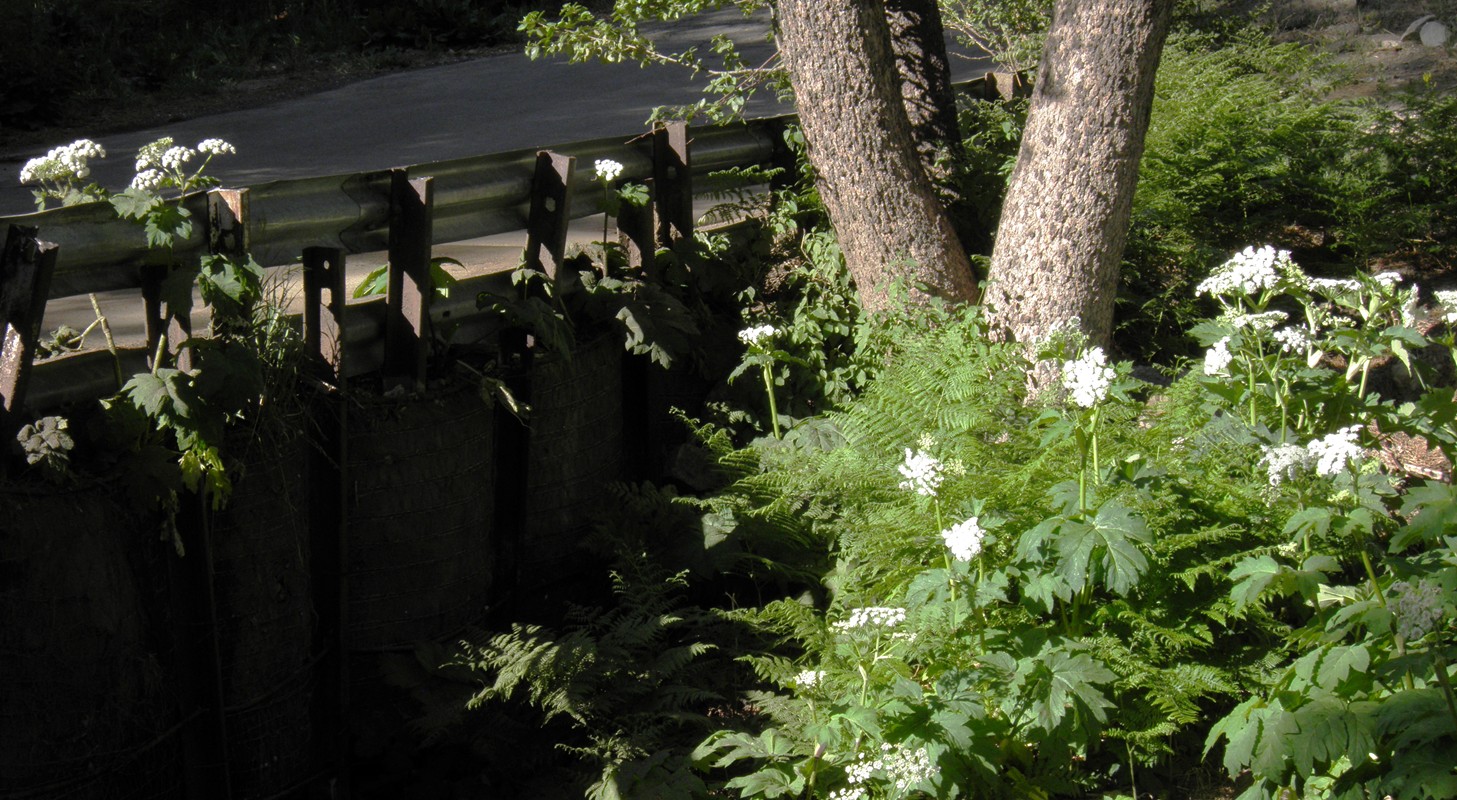 After the short hike on top I still couldn't make up my mind to descend back into the heat of the valley, so I stopped in Summerhaven. The big Heracleum along the creek was in full bloom.  I hung around there so long that my favorite pizza and brownies cottage closed in the meantime. Too bad!

But I did find another Cerambycid also in the tribe Lepturini. Several of my friends had described a big wasp-mimicking longhorn beetle from the wildflower meadows of the Huachucas and the Chricahuas, but they were all just 'lep people' or they couldn't find their notes...so I had been curious what they were talking about. The only black and yellow Lepturine that I found so far, Judolia instabilis,  didn't qualify as big. But I think this Strophiona laeta might be it. The id is by Vassili Belov who calls it tentative, but checking A Photographic Catalog of the Cerambycidae of the New World by by Larry G. Bezark I find that of the three species in the genus S. laeta is the only one to occur this far east. Surprisingly there is only one other BugGuide entry for the species, from Miller Canyon, Huachucas, by Charles Melton. Charles always seems to be just one step ahead of me.
Posted by Margarethe Brummermann at 6:00 PM