Last week a friend urgently needed some life insects from the Pinaleno Mountains. I know that at above 7000 feet elevation my old truck has even less power than usual, so I asked Fred Skillman whether he didn't need to collect Cerambycids up there, and of course he did, and so he drove us up in his stronger vehicle. We camped at in the mixed conifer region above Turkey Creek. Tall pines, beautiful blue spruce and fresh green fir trees form a dense canopy and keep the undergrowth sparse. Where fire or windbreak had toppled the giant trees, white blooming, fragrant Ceanothus greggii was  blooming and  Manzanita bushes and Cliffrose were already setting fruit.

At one point the dirt road crossed a deep gully that may have been hiding a permanent trickle of water in it's depth. There were Alders, Cherries, Sambucus, and Emory Oaks sprouting from the steep slopes. Here I found my first Giant Ladybugs! The are really much bigger than all of their North American and European cousins, close to the size of a copper penny.


At dusk we set up our sheets Mercury Vapor and Ultra Violet lights to attract night-flying insects. While Fred, hoping for bycids, stayed in the campground close to a windbreak with a lot of dead trees, I chose the little riparian area about a third of a mile down the road. 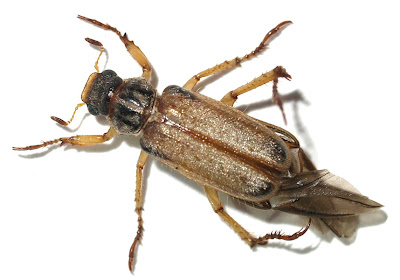 The most numerous visitors on both sheets were  Dichelonyx sp. This genus in the family Scarabaeidae that is not very well represented in Arizona. In fact the only other Arizona entry on BugGuide is my own record from Oak Canyon, Sedona. But the species on Mt Graham is bigger and I hope Bill Warner will id it for me. 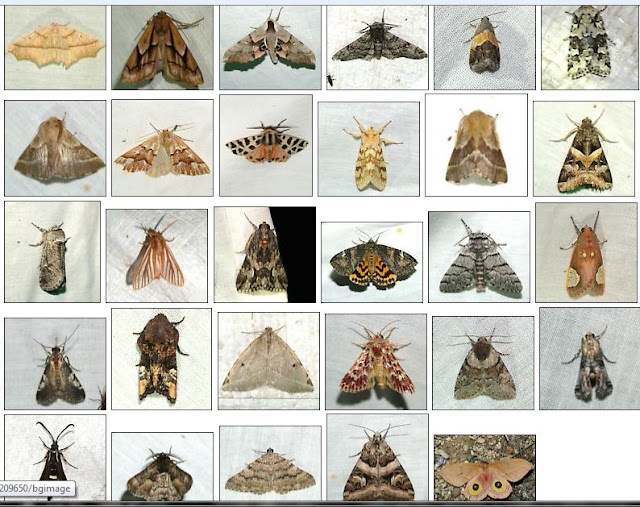 During the hours that our sheets were up, I walked several miles along the road and several times to the campground and back, searching with my flashlight for night active critters that don't fly to lights. I found Darkling Beetles and Ground Beetles, Camel Crickets and little dark scorpions with small chelicerae. When Warren Savary identified them as  Vaejovis electrum, Hughes 2011  I realized that I had actually been on Mt. Graham with Garret Hughes when he found the first specimens of this species that he described in 2011.

Fred picked up a tiny ground beetle that turned out to be the most odoriferous thing I have smelled in my life. Its odor reminded me of the Common Stinkhorn, Phallus impudicus (Mushroom), but it was much, much stronger. It filled the vial the beetle was in, the space around the black lighting sheet, the campground, now my studio... I can smell it everywhere. Did I mention that the beetle is barely 5 mm long? 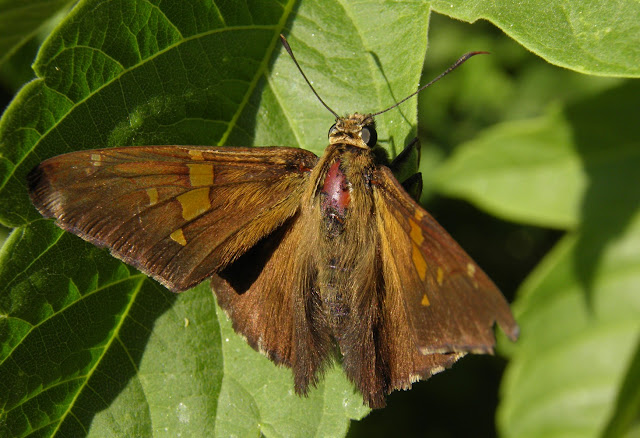 In the morning I was up early to watch for some moth and beetle species that fly during the cooler day light hours. Along the road I found Silverspotted Skippers already positioned to attack everything from slow flying blue Pleasing Fungus Beetles to darting big Aeshnidae. Several kinds of Lycids and their mimics where also on the wing or nectaring on Ceoanothus flowers. 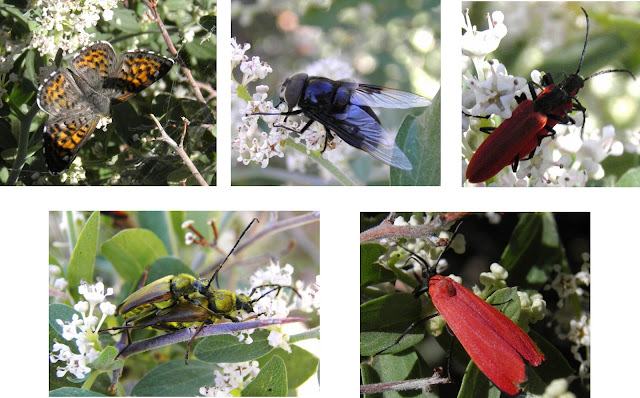 The road and the roadside vegetation were dusty. Luckily there was no traffic as we had had the place completely to ourselves since the early evening. When I reached deeply carved riparian area my eye caught tracks of a big animal that had climbed up onto the road. Repeatedly, it seemed. I found clear marks: rounded, four-toed with no claw marks where it hadn't been climbing, the pad with three lobes in back. Bigger than my fist, bigger than my wolf-dog's tracks (of course, Laika does have very dainty feet). This was a big cat,  no bobcat but a mountain lion. 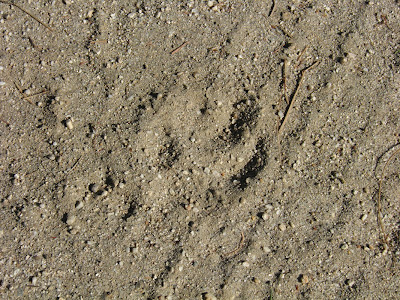 I saw that the puma's tracks overlapped mine from the night before. So he had strolled along the road after I left my sheet around 10:30 PM? Then I found a spot where my foot prints covered those of the cat. I also saw paw prints close to my sheet. Then a row of them, leading towards the campground. And again, my own footprints crossing the paw prints, and in some places the paw prints were on top. At a very soft, dusty spot there were clearly much smaller tracks next to the big ones. At least one cub! It seems that I had had a lot of company last night. I hadn't heard a thing. 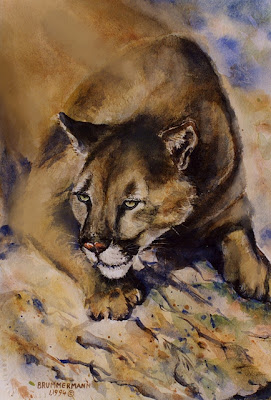 But by now I was listening to any pebble that fell off the cliffs along the road and any rustling in the bushes. Believe me, there were shadows moving under the overhanging branches of a big blue spruce and on the cliff above fawn colored rocks moved and turned into crouching lions staring down at me. 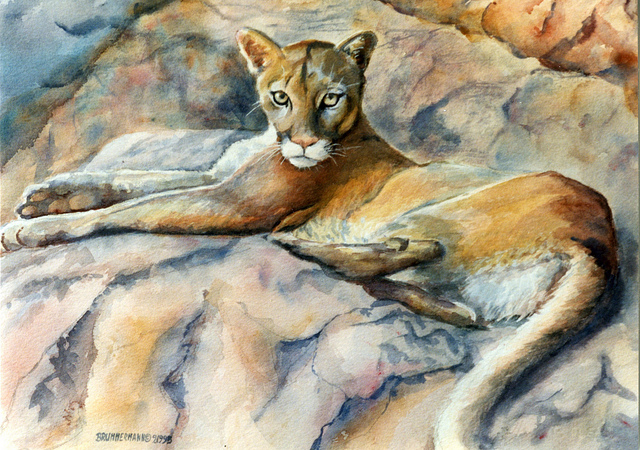 But then all I found were some lizards and more skippers bashing each other noisily with their wings. Mysterious little clicks and crackles were identified as the 'song' of Platypedia putnami, the small cicada associated in many places with Ponderosa Pines. I resumed chasing bugs with my net and beating branches over my beating sheet. 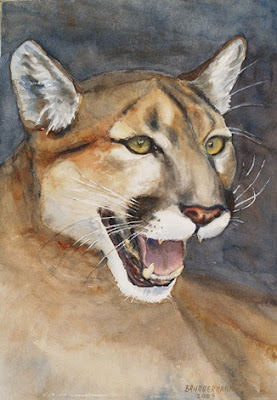 Mother Puma was probably relaxing somewhere with her cubs, laughing at those human antics ...
Posted by Margarethe Brummermann at 3:04 PM