I have been trying to collect some phenological data - see the column to the right of this blog - about the appearance of some key species that I observe every year around our house. Our own property is the only place where I can  hope to keep somewhat continuous records. Short visits to all other places will only allow a very limited snapshot of the insect life at that particular moment.


My second black lighting visit, exactly four weeks after the first, to Peppersauce Canyon on the north side of the Catalina Mts. made this very obvious: To me,  weather and temperature seemed similar, both visits fell within the monsoon season, and the moon was in the same phase. But in the world of short lived insects, changes occur quickly and are caused by rather small variations in temperature, humidity and simply the progressing season. So this time, the Phyllophagas and Anomalas  that 'rained' down on our lights a month ago were nearly absent, Chrysina gloriosa appeared, but only two specimens. There were only very few Lebias (Colorful Foliage Ground Beetles). I found a big big Alaus zunianus  but hardly any small click beetles which were so abundant last time.. 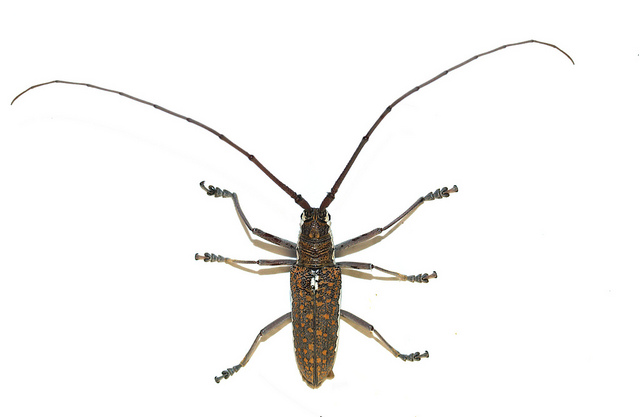 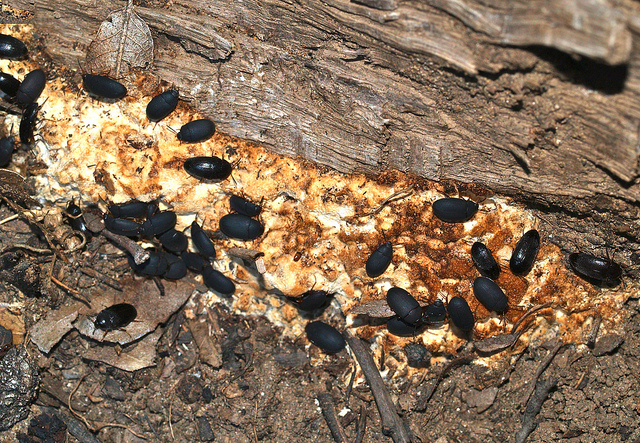 On a  dead log I found an assembly of fungus eaters that still await identification. I can only identify the tenibrionids as Platydema sp. Larger tenebrionids began walking at dusk just like last month.

A Calosoma scrutator  expected to prey on the insects at my light and was instead caught to be a star of our upcoming Arizona Insect Festival in September.

Interesting walking sticks were marching up and down the oaks, and many species of grasshoppers and katydids, even a big Jerusalem Cricket came to the light.

Being on my own with only some hunters camping somewhere down the road I was rather nervous and nearly jumped when a big object bumped into my back - a very nice male Hercules Beetle Dynastes grantii on his bumbling flight to the light.


A big brown Ox Beetle followed, and I just cannot tell whether it is a female S. aloeus or a male S. cessus. Right after the big beetles, a human was drawn by my light, another entomologist who was collecting further up the canyon. I was delighted to meet John Spaulding and his friends and to scavenge beetles from their mercury vapor light as they were more interested in moths.

Moths were definitely the theme of the night, densely  covering our sheets and dancing in a cloud around every light.  The best one for me was the beautiful Arachnis picta - Painted tiger moth. We also found the impressive caterpillar of Syssphinx hubbardi  the dark moth with pink under-wings.

Neuroptera were represented by Owl Flies, a very ornate antlion and at least three species of Mantispids, one of them a great mimic of the big aggressive and very common  Polistes comanchus.

It seems that many species of insects time their emergence to coincide with the monsoon season, but every species uses different triggers for the fine tuning. Many species emerge  in masses at exactly the same time, ensuring that mates are available and find each other during the often very limited life time of adult insects. So repeated visits to the same location can always surprise the naturalist with completely new experiences.
Posted by Margarethe Brummermann at 10:49 PM