The Hanging Thiefs (or Murderers, rather) of Patagonia Lake 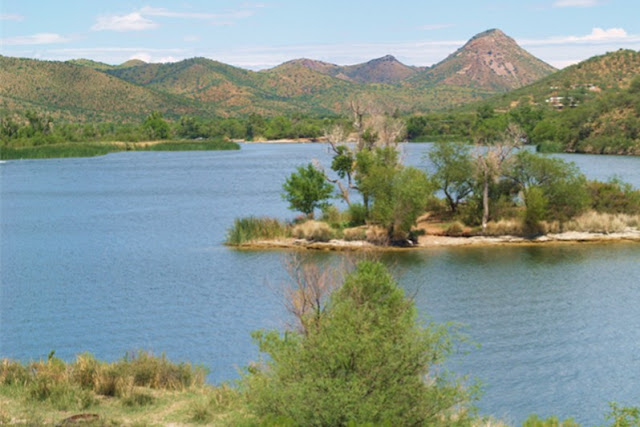 In the unlikely case that  you've ever tried to photograph the arrival of scores of dung beetles (Canthon imitator in this case) that rain down simultaneously on any fresh pile of cow dung, you will have noticed that the beetles literally dive out of sight right after they have landed. The one in the photo was only slow enough for a shot because the surface of  this cow pie was already getting dry. 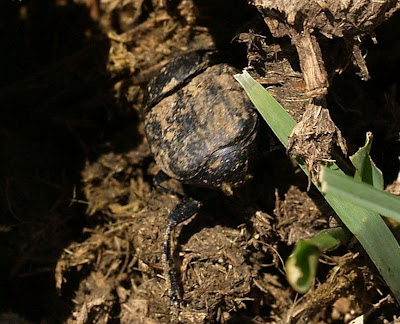 Competition, greed, and the urge to prepare food for their offspring are not the sole motivators for this rush. There is danger lurking at the dung buffet. At a pile of horse manure at Patagonia Lake we watched how the beetles had to pass a gauntlet of 12 huge robber flies to get to the feast. The only reason most beetles made it past the flies was that they all arrived pretty much simultaneously and the lurking robbers were distracted by the need to avoid ending up prey themselves and by courting the ladies among them.  A. Scarborough, our local Asilid specialist, tells me that Diogmites are known to congregate at places with high prey traffic density like bee hive entrances, and also for their high (10% of courting males) rate of cannibalism. 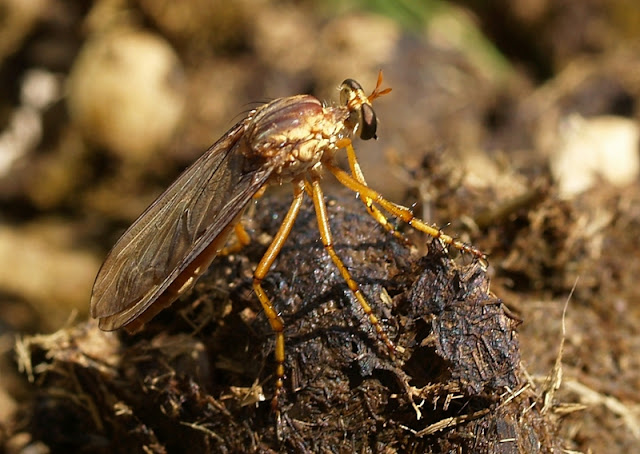 The robber flies seemed to ignore weak but quick prey like bottle flies and only lay in wait for the fat beetles. They were of the genus Diogmites, or Hanging Thieves. We soon got a demonstration of the reason for this name. A fly grabbed one of the landing beetles and carried it off to a mesquite tree. 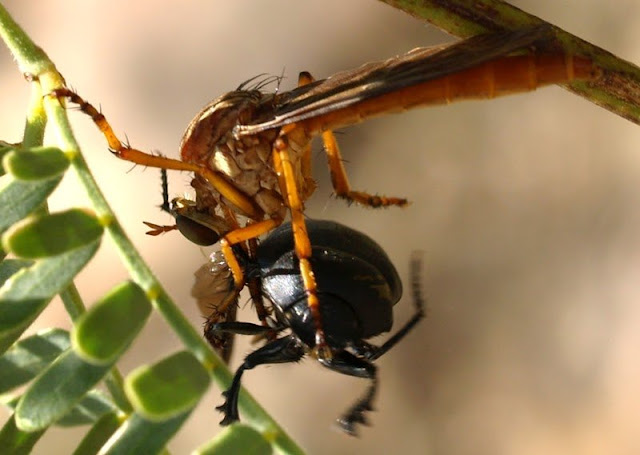 At first the beetle seemed to have a fighting chance to get away. The effect of the paralyzing bite seemed slow, and as soon as the big beetle felt the tree branch  under his tarsi he started to scramble away, dragging the fly along. He probably would have stripped her off his back by crawling into some tight spot. 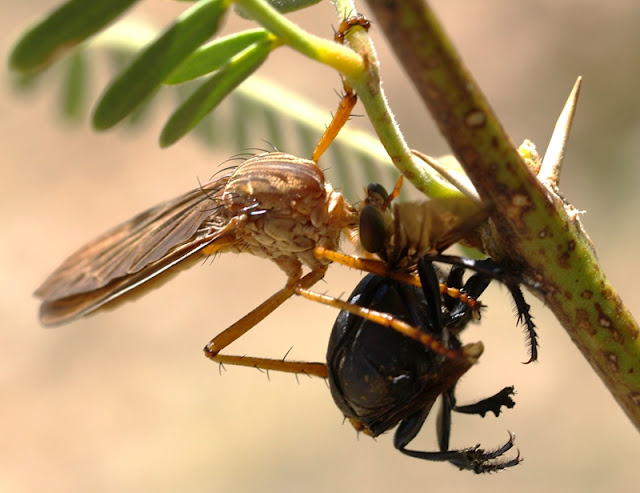 But  the fly was able to detach the beetle from his hold by using the enormous reach of her long legs. To keep him  from reaching the branch again, 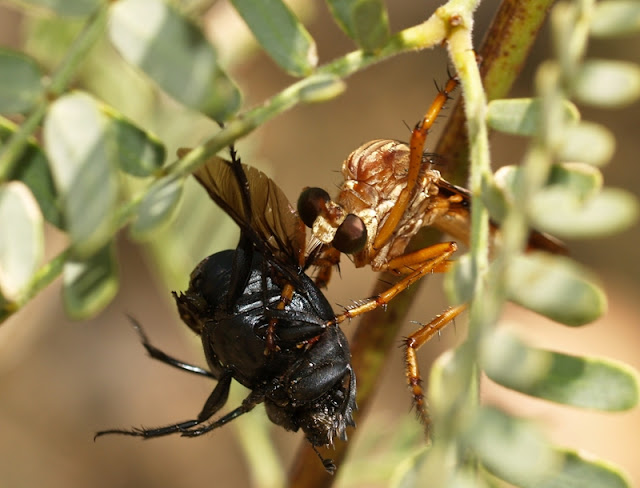 the fly held the beetle with four legs and used just one pair, and later just one single leg to suspend the weight of the prey and herself. This trick earned the genus the popular name Hanging Thief. The beetle had now lost any chance of fighting back. 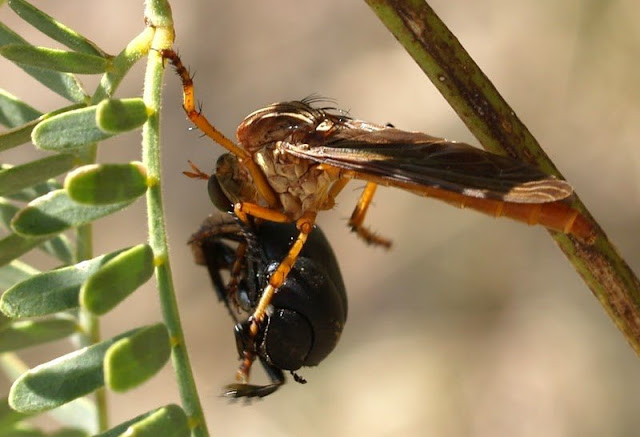 Other robber flies tend to crouch tightly above their prey holding it down with their superior body mass and strength. It seems that these slender flies need the suspension tactic to control their strong bulky prey while their paralyzing, tissue-dissolving poison is slowly taking effect. 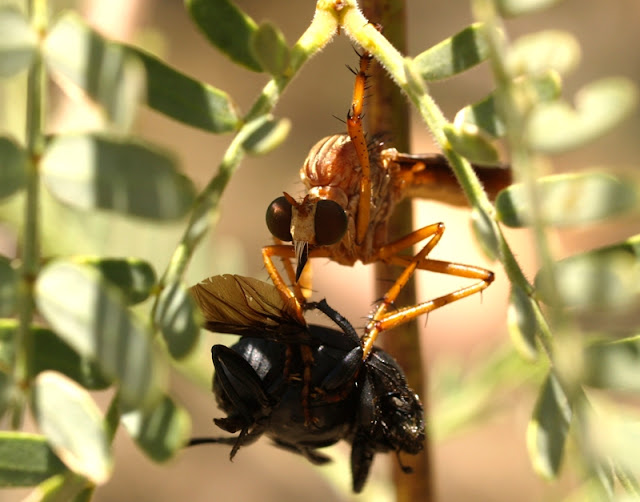