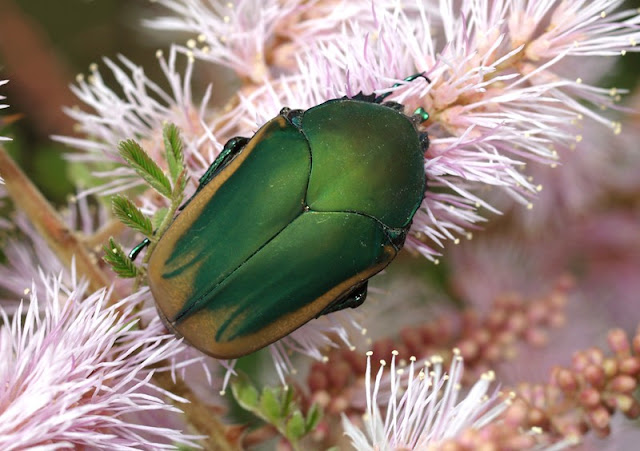 In June and July, Fig beetles (Cotinis mutabilis) noisily careen all over Tucson's neighborhoods, and through the lower parts of foothills and canyons of the Sonoran Desert. They are day-active, compact, big, noisy strong fliers, and often described as black. Of course, they only appear black when seen against the bright sky. Sitting on the ground or on flowers, they probably impress you with the velvety green of their elytra and the shiny, metallic colors of their legs and underside. There is a questionable tradition of tying strings to the beetles and tossing them into the air to fly - performing tethered rounds and rounds around your head. 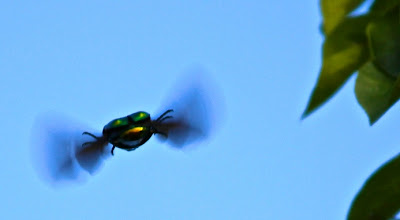 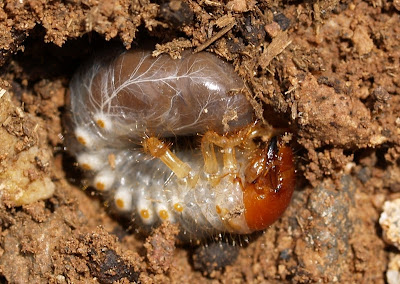 The larvae feed for two years on organic material including the roots of grasses, alfalfa and shrubs, but they can also grow up on a diet of old cow manure.  In late spring of the second year they pupate close to the soil surface in earthen cells and eclose as adult beetles in June - July. 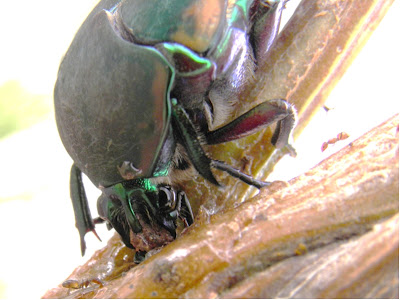 They adults feed on leaves, pollen, and everything sweet. On opuntia cacti in our backyard I often find a couple of beetle buts protruding from every hollowed out prickly pear. 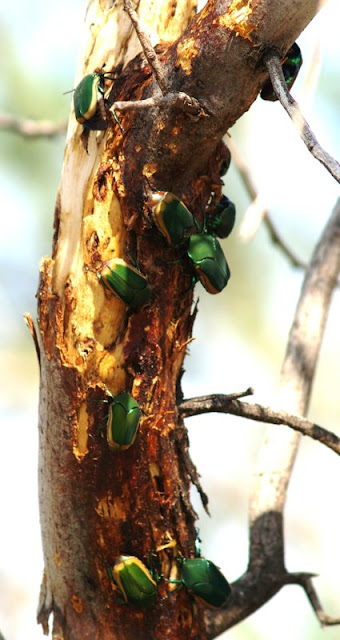 Acacia or desert broom shrubs are often oozing sweet sap because of a sudden over-supply with water during the monsoon rains. This can  attract hundreds of Cotinis. When I watched these gatherings I was usually too distracted by the noisy coming and going  of the beetles (and also dodging tarantula hawks and paper wasps) to pay much attention to the behavior of individual beetles.When I noticed them shoving and pushing each other, I thought they were just haggeling for space at the sap bar. 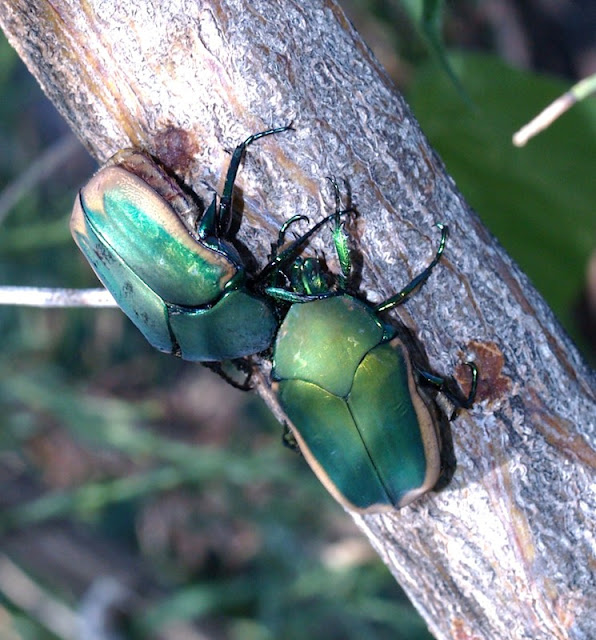 Yesterday in Amado I watched a couple of them fighting over a spot of oozing sap on a Desert Broom branch that could have easily accommodated both of them. They very persistently faced each other, head-butting like little bulls. They indeed have a little horn-like structure on their forehead, but I couldn't tell whether that was used in the pushing and shoving match. The match actually went through several rounds, with one or the other fighter being pushed off the branch and immediately flying back to resume his stance. 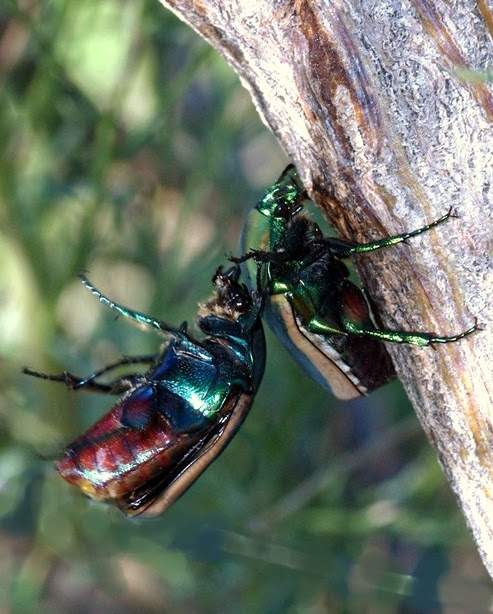 In one of my pictures I captured one beetle flinging the other one over his back with a move that fighting stag beetles or the big dynastes would use.  The males of those species have special protrusions on their heads that are used to lever and grab the opponent off his perch. It looks as if the behavior is phyllogenetically older than the weapons of those species, as it seems to occur in this related but rather unarmed species.

I am pretty sure that my two Cotinis were not just fighting over access to some sweet juice, but that I was watching a test of strength between males and a competition for a territory that would promise the winner access to females who would soon be drawn to the tempting food source. 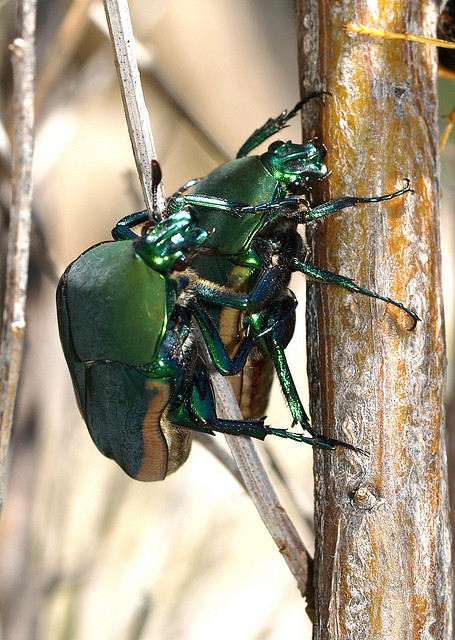 Posted by Margarethe Brummermann at 10:26 PM