A tiny Parasitoid Wasp on Campus 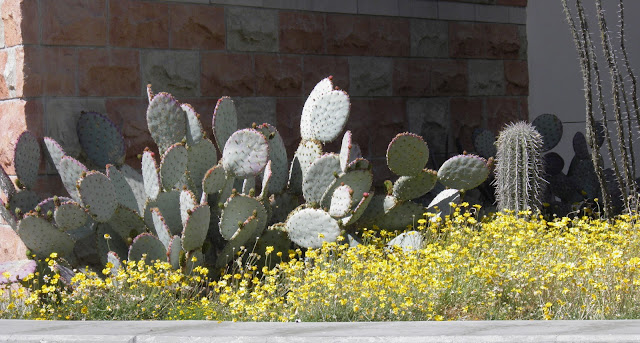 There are only small patches of planted,  native vegetation on the University of Arizona campus. I don't know whether that is because of a great old arboretum that used to take up most of the campus area - many of the old trees have made room for building expansions by now, and the last freeze killed a number of others - or if there is an attempt to match the old fashioned red brick buildings with fresh green lawns and ivy....

But if you offer just a few yellow flowers (Desert Marigolds) and budding prickly pears with extrafloral nectaries, the bees and wasps will come. 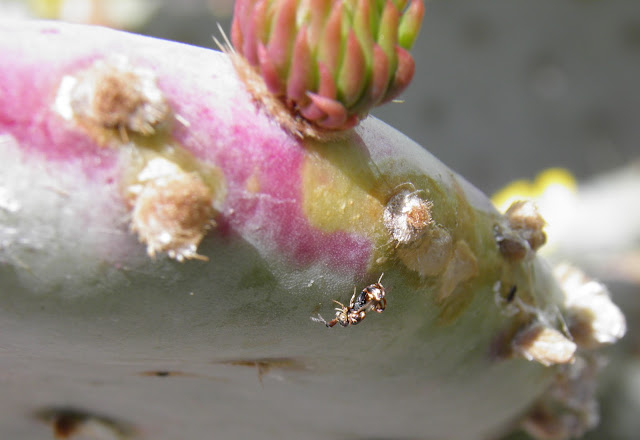 On the fat Santa Rita Opuntia pads, washed lavishly in silver, turquois  and hot pink, a little speck of yellow and black stands out. It's only about 4 mm long, and in the glare of the mid-day sun I have to take a macro photo to get a better look. 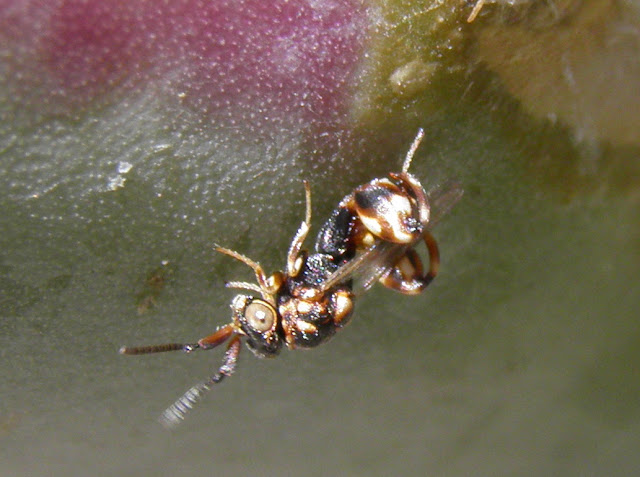 The tiny abdomen, huge hind femurs and sickel-shaped tibiae tell me that it is a male chalcid wasp of the genus Conura. Against hope it is identified quickly on Bug Guide by Ross Hill as C. side (Walker 1843). 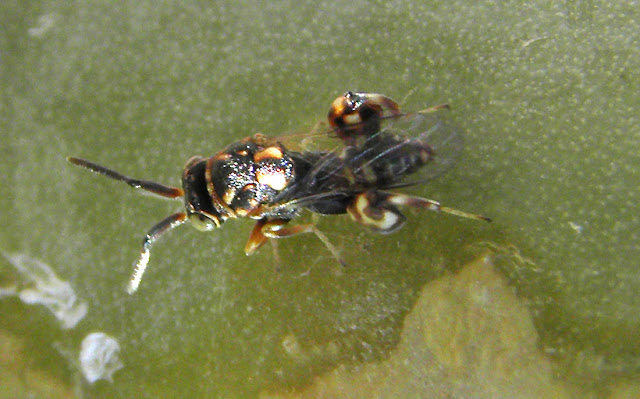 Most Chalcid wasps are parasitoids of other insects. They lay their eggs into eggs or larvae of Butterflies, Beetles, Flies, True Bugs, Spiders, and even some Nematodes (Worms). Their larvae develop in the living host, but the host usually dies when the chalcid larvae break through the skin to pupate externally. Chalcid wasp distribution covers the holoarctic as well as the tropics. The genus Conura is most widespread in the tropics.
Chalcidoidea are ecologically important, morphologically and biologically extremely divers, and phyllogenetically very challenging. With 60, 000 to 100,000 species and a worldwide geographic range they will keep researchers busy for a long time. To learn more go to the Chalcid site on line which offers lots of information.
Posted by Margarethe Brummermann at 4:03 PM