Days after a Big Storm 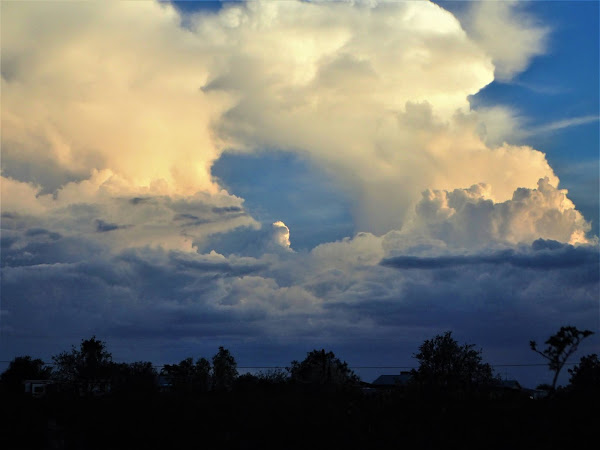 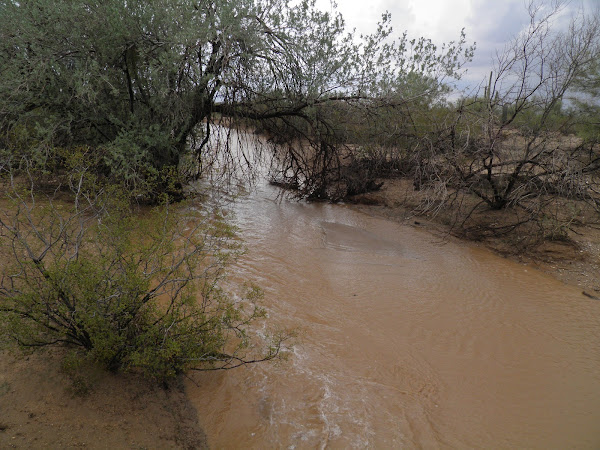 After the wettest July on record, August is shaping up to really drown us. Two nights ago the regulatory washes that cut through our land were running over capacity several times, and sheet floods were reflecting the moonlight everywhere else. For hours, it sounded like freight trains racing by. Of course the dirt roads in Picture Rocks were impassable for hours. In the morning, the arroyo beds and our road were deeply scoured out. All the loose sand deposited by the last storm was gone, caliche and hard clay lie open. Our main wash that years ago was easy to walk across is now 5 to 6 feet deep with steeply eroded banks. The long roots of Ironwood trees, as thick as my upper arms, lay open and are badly abraded. 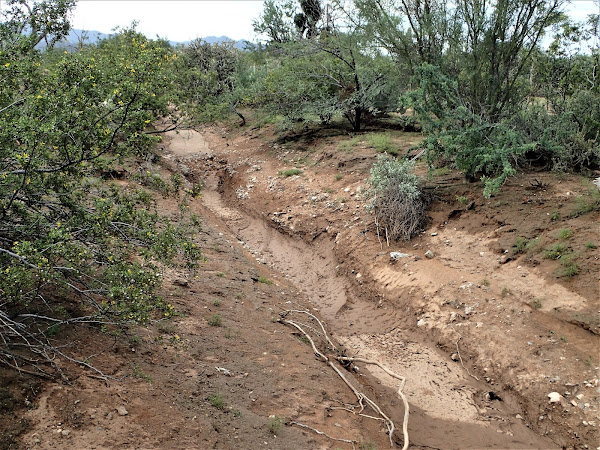 During the storm, wind gusts up to 60 mi/h and twisted branches off Palo Verdes and even Ironwood Trees. Several old Chollas and Prickly pears fell over. Some Barrel Cacti, just ready to bloom, also succumbed, following gravity’s pull when absorbed water made them top-heavy over roots anchored not very deeply in soggy soil. 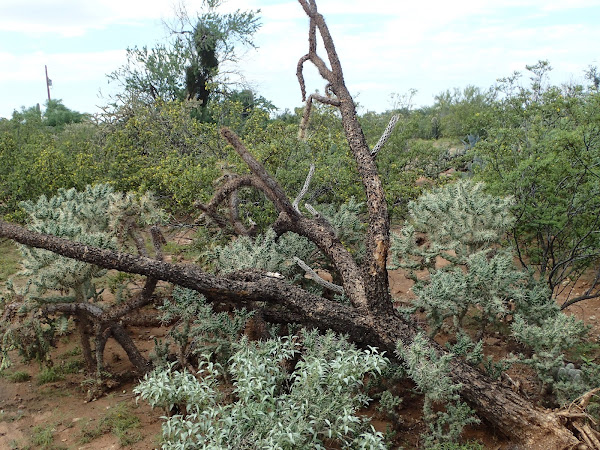 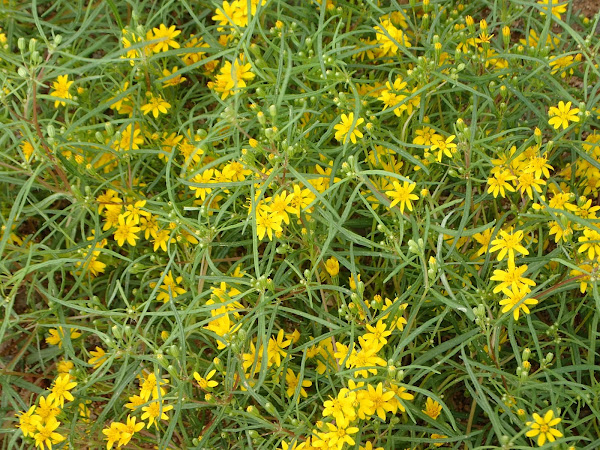 But as destructive as the storms were, new life is now thriving all over the desert. Where there was bare sand for years, cheat grass and little yellow-blooming Asteraceae are covering the ground. Chamomile smell mixes with the aroma of wet, blooming creosote bushes and the heavy sweetness of Acacia flowers. 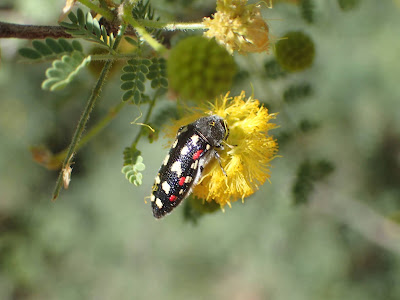 Barrel Cacti are crowned in wreaths of yellow, orange or deeper red flowers. Yellow stars sparkle on Pencil Chollas. Cactus Longhorns love juicy cacti for themselves and as hosts for their larvae. Sacred Datura and Devils Claw sprout from long dormant seeds and immediately get ready to produce new flowers. Mushrooms appear. 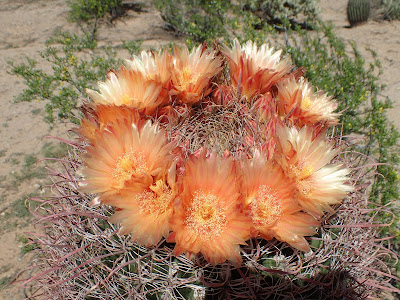 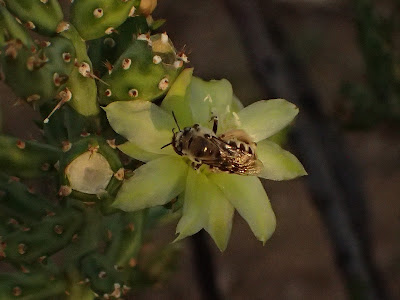 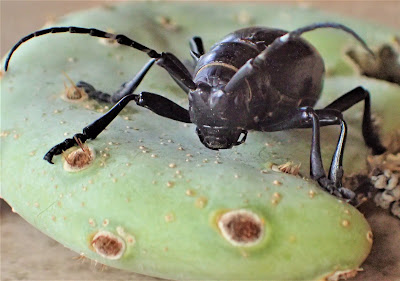 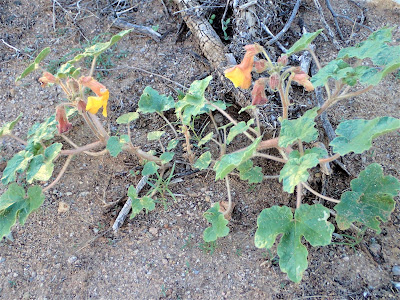 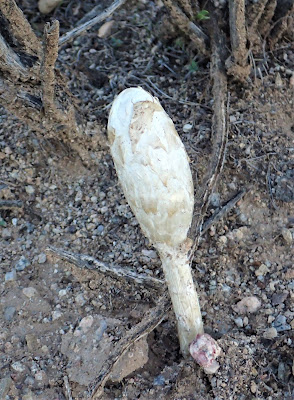 Long dead looking Desert Hackberry bushes leaf out and provide food for caterpillars - An Empress Leilia is hanging around, but I'm not sure if the caterpillars are hers. Even though most puddles from earlier storms seem to have evaporated much too quickly for any tadpole to develop, the ground is suddenly alive with hopping toadlets. 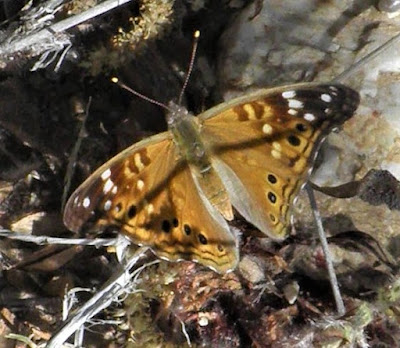 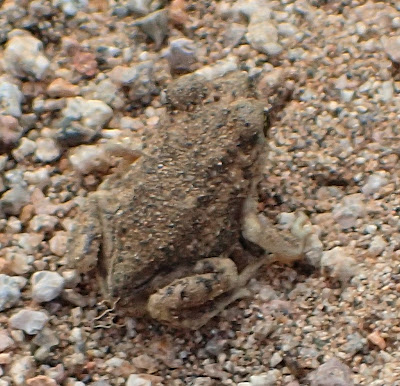 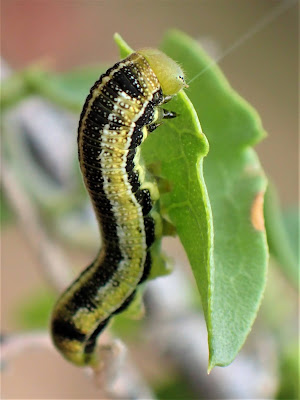 And while I'm taking these photos I'm providing nourishment, albeit involuntarily and under protest, to the next generation of Mosquitoes whose mothers also seemed to have appeared out of no-where 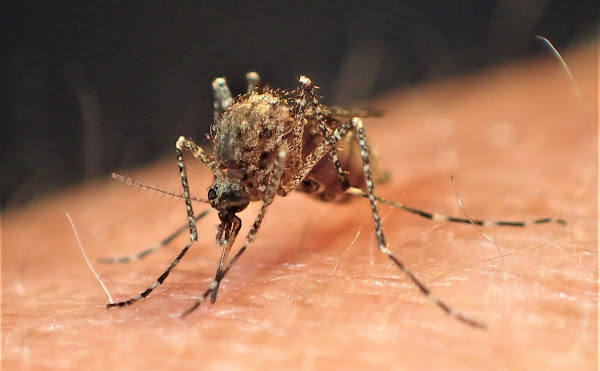 Posted by Margarethe Brummermann at 12:33 PM