Centris Bees and White Ratanay in the Tucson Mountains 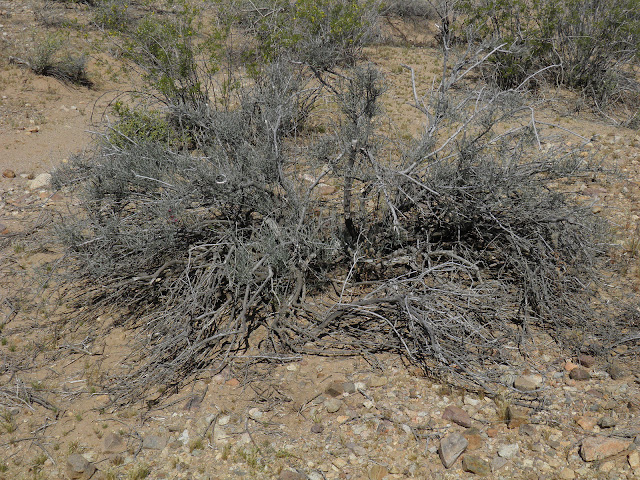 Krameria grayi – White Ratany is a grayish inconspicuous desert bush that grows in the lower elevation of the Tucson Mountains  Even when it's blooming, they are not very showy, though the single flowers and later the heart shaped seed pods are very pretty and intricate. 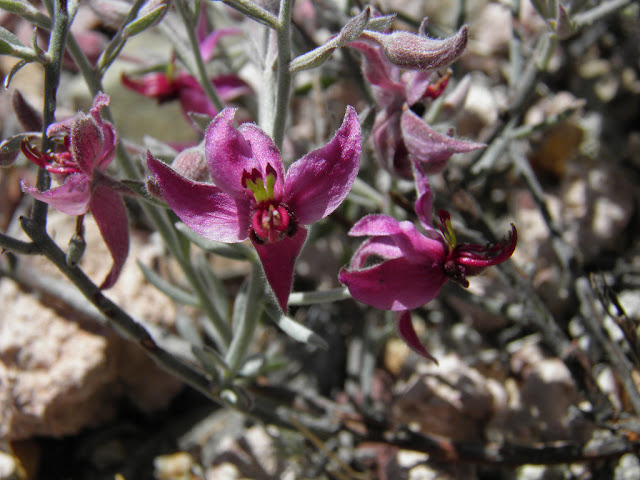 But right now, during their blooming season the bushes draw attention not through their looks but by the noise coming from them. Loud, deep buzzing, very sonorous, very different from the higher sound of Honey Bees.


Big Centris bees are coming and going, sometimes hovering with a strange wiggling motion, sometimes landing in the sand nearby - seemingly just resting. 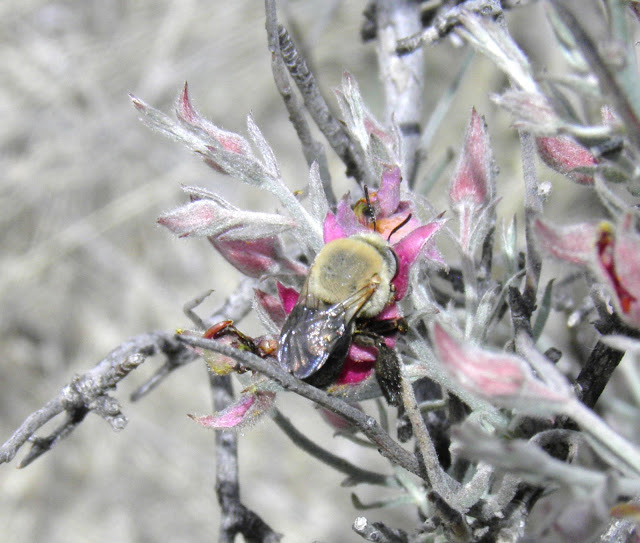 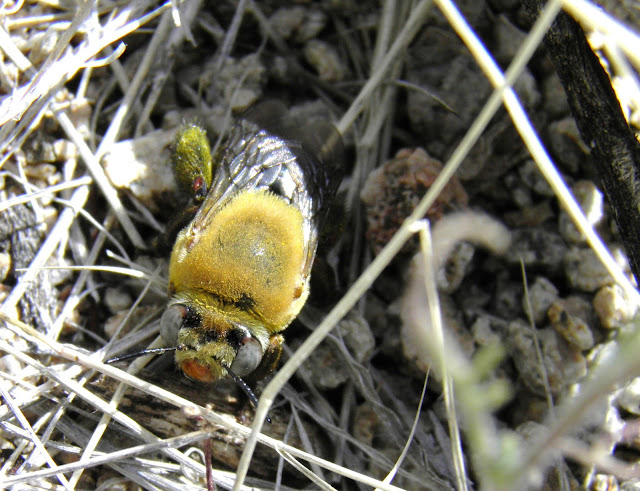 These New World bees range with 250 species from Kansas to Argentina, and here around the Tucson Mountains I have found at least 3 species. Females of these bees possess adaptations for carrying floral oils rather than (or in addition to) pollen or nectar. According to Wikipedia, they visit mainly plants of the family Malpighiaceae to collect oil, but also Plantaginaceae, Calceolariaceae, Krameriaceae and others. Yesterday, they were definitely concentrating on that one blooming Kramericea, the Ratanay. 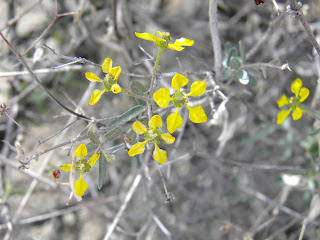 Some also visited Janusia, Fam. Malpighiaceae. I did not know the family of this strange vine, but obviously I can rely on the good senses of the bees and in this case Wikipedia (I think I know who is the careful editor of these bee entries). 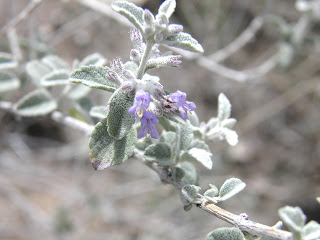 The Centris bees  completely ignored a desert lavender bush in direct proximity. These flowers were later in the day extremely popular, but with honey bees. 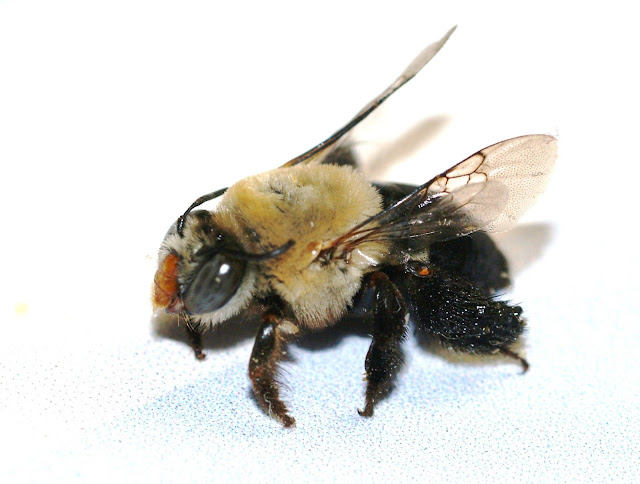 I have watched Centris pallida  dig tunnels and nesting chambers into loose sand and J. Alcock describes the same for another sympatrically occurring Sonoran Desert Centris, C. rhodopus. So I expect this Centris bee to behave similarly.
I asked Entomologist and pollination expert Doug Yanega how the oil is used in the nest to rear the larvae. Here is his answer:

'The nest cells are vertical and they have a lining that prevents the oil seeping into the soil, and the bees just scrape off the liquid (which is rather viscous) into the cell.
Once they have a good pool, they float an egg on top and seal it. There are numerous bee genera that do this worldwide, but in the US I think only Macropis and Centris, IIRC. 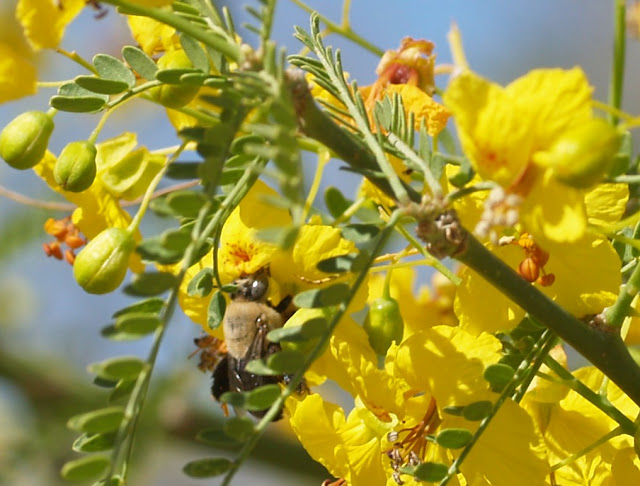 P.S. Today I found this C. cockerelli  on our neighbor's hybrid (Desert Museum) Palo Verde. There is no sign of C. pallida yet, but most of the foothills paloverdes are not blooming yet around Picture Rocks. I just learned from Doug Yanega that there are no oils in Parkinsonia - just nectar that the bees need to feed themselves. I guessed that already because I often see male Centris on those flowers.

As for the species identification of the Rantanay Centris: One suggestion was C. caesalpinia, but they have red eyes, which mine did not.  Not C. rhodofus because they have red eyes and legs. Mine look like C. cockerelli, except that those should have yellow faces, and mine have a reddish orange clypeus. But:
John Ascher When all else fails, consult the literature! Turns out that there is a western form in CA and AZ of C. cockerelli with a reddish yellow clypeus and an eastern form form in TX with a white to yellowish clypeus intergrading in NM. I had forgotten about this. So C. cockerelli is likely correct. Sorry for the confusion. At least we learned something (if nothing else, to consult the literature rather then rely on memory!)
So: western form of Centris cockerelli!