A better look at a very secretive Rattler: the Sidewinder Crotalus cerastes 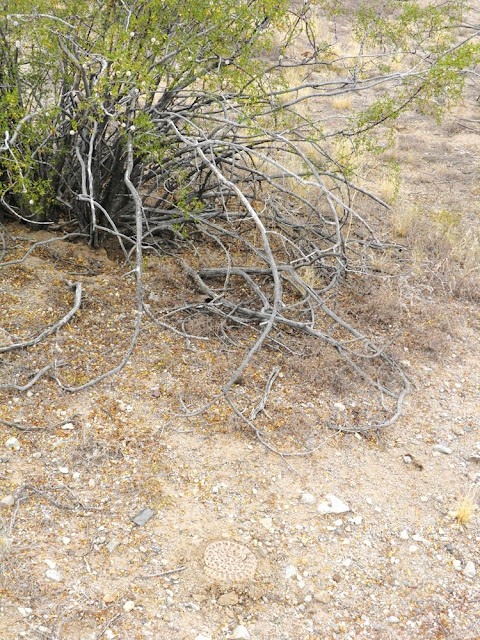 On our morning walk, Randy and Laika stopped to show me this rattler. It was coiled right between them, and they, man and wolf-dog, stood maybe three feet apart.  A Sidewinder. Only the second I've seen. The snake much better camouflaged than our usual diamond backs. They are rare here as far as I know, we are at the eastern border of their distribution. But the habitat fits well: Sandy washes, creosote flats, and k-rat burrows.
Great encounter, but stupidly, I'd left  my camera on the kitchen table. So I marked the spot with a line in the sand and trotted home, dropped of my dog and grabbed two cameras.  You never know. 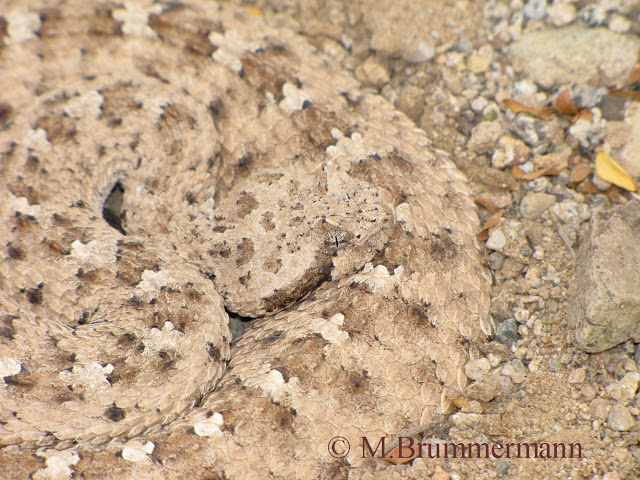 15 min later, the snake had never moved, I got a series of shots. Now Randy says they are boring, because I didn't make the snake 'side-wind', but it was so contently snuggled in.

But by not disturbing the snake, I had time to study its upright, slitted pupils, the little horns above the eyes, the perfectly regular pattern and the keeled body. I never saw or heard the rattle even though I was very close. A snake that relies on camouflage must be reluctant to give itself away. Rattling would be the last resort.  Often snakes of this species actually curl up UNDER a layer of loose sand. I wonder how often we walk right by them. 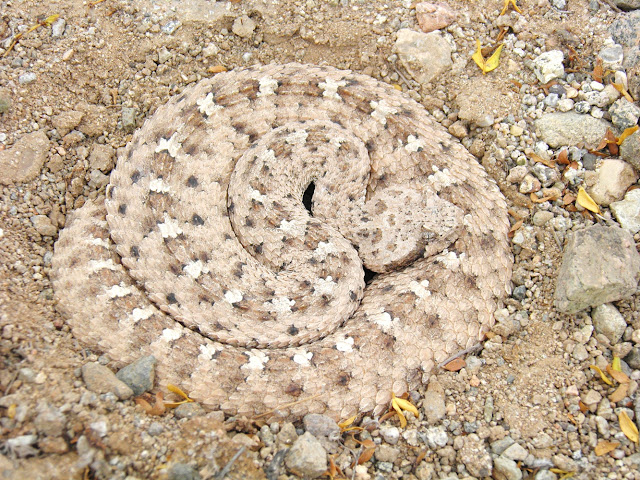 Posted by Margarethe Brummermann at 11:03 AM