We took the dogs to the dog run at Christopher Columbus Park today, but it's much less fun than it used to be - with younger dogs and Cody to keep everybody on his toes. So instead we walked around Silverbell Lake. Beautiful autumn colors, even under evergreen eucalyptus trees - it has to be the low angle of the sun and the crisp air. But the color of the water, as usual, a slightly ominous over-intense blue green. 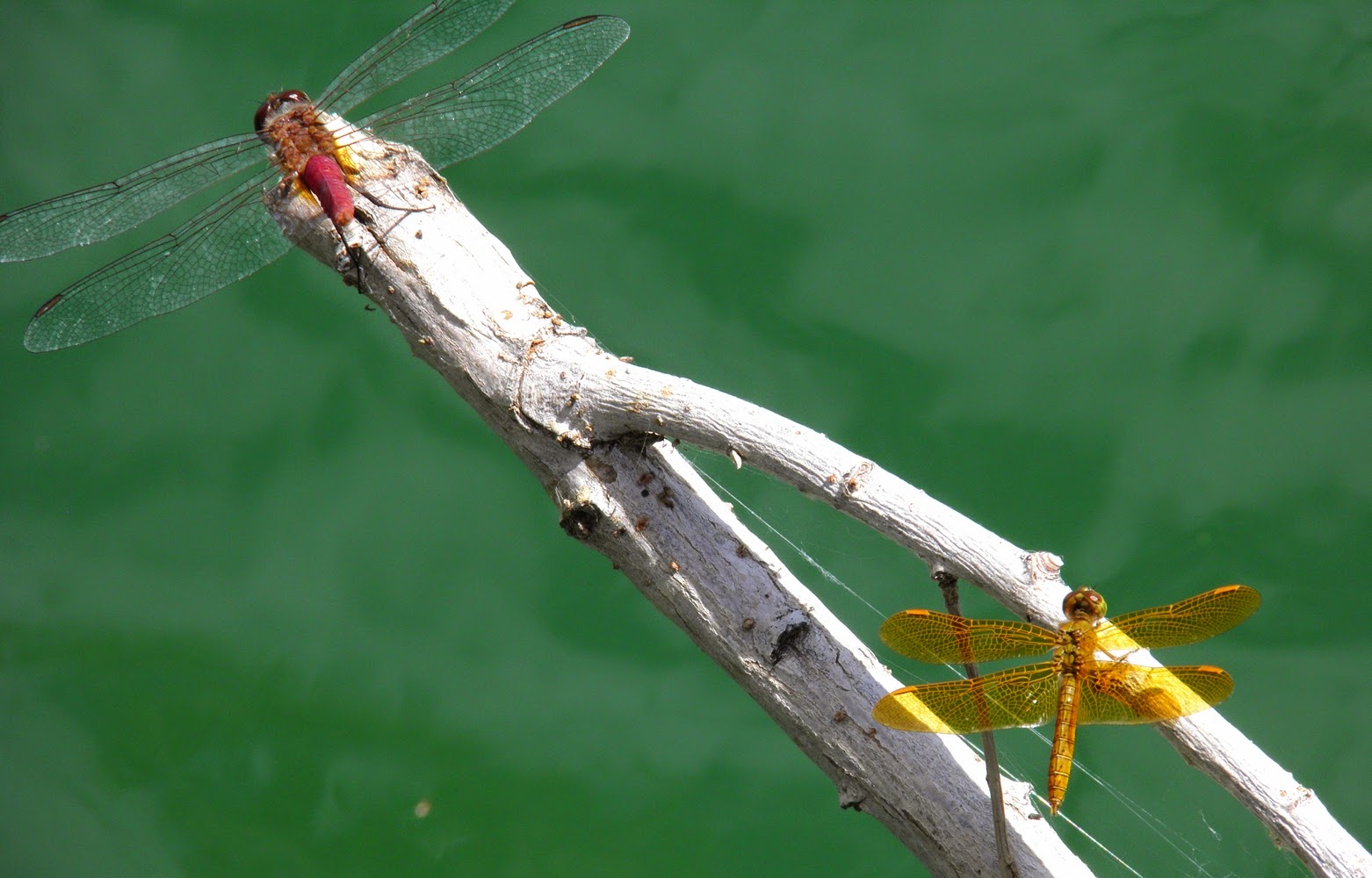 With two impatient dogs on the leash, shooting straight is difficult, hence the clipped wings of the Roseate Skimmer.  But the Mexican Amberwing at least is in focus. 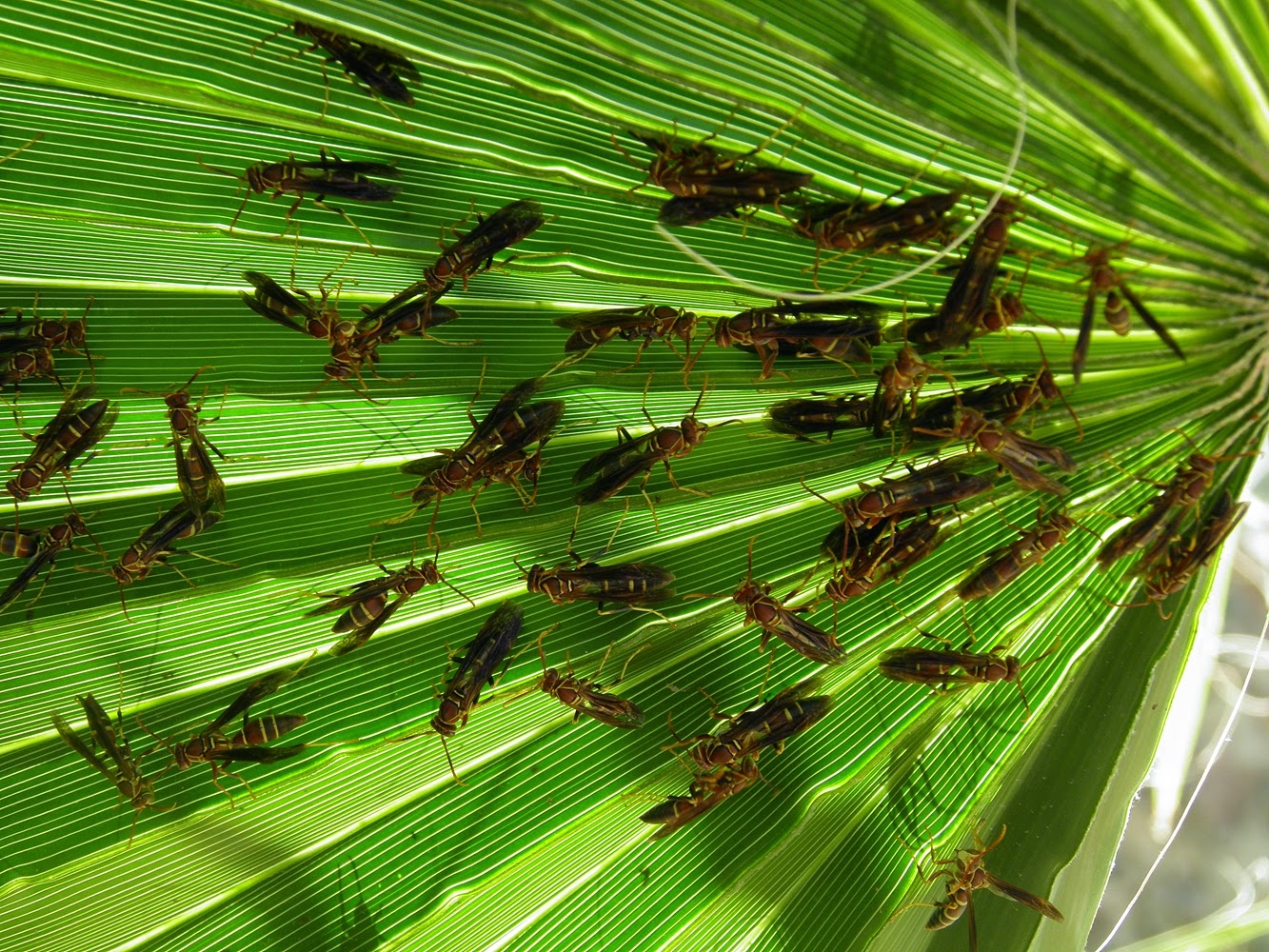 So Randy gets to hold all the dogs when really interesting bugs turn up on the fronds of the small Mexican Fan Palms at the inlet of the pond..

Several groups of Paper Wasps are clinging to the underside of the fronds. There does not seem to be a nest, It's not clear why they are congregating. They are sitting completely still. I have often seen these Polistes arizonensis at Sweet Water and around the dog park in the middle of winter in mild years. But only a few individuals seemed to be actively seeking nutrition in form of honey dew.

Also on the palm fronds sits another interesting insect: Micropeza sp., a Stilt-legged Fly. I have found one or two before, always close to water, in Sabino Canyon and at Patagonia Lake. But I could never find out much about them, except that this genus is thought to have phytophagous larvae feeding in the root nodules of leguminous plants in open habitats. In our sterile desert soils, the majority of successful plants that aren't cacti seem to be in the legume family, but yet these flies are not common at all.
Posted by Margarethe Brummermann at 11:23 PM