Madera Canyon during a monsoon storm

I went back to Madera Canyon to fill a wish list for some beetle friends. This time the possibility for showers was down to 30%, but I had hardly reached the desert broom bushes by the 'toll booth' when a storm rolled in.  I tried the 'wide-angle-macro-with-background that Piotr Nascrecki is making so popular - did not quite get the lead-in diagonal, but I like it anyway.

I then found another mantisfly. While the last one was brown and resembled very much our dark form of Polistes major castaneicolor, this one, a female, sported the colors of Polistes dorsalis or maybe P. aurifer. One of those wasps was sitting only inches away. When it began to poor I grabbed the mantispid but not the wasp to hide in the car. The insect flew to the window and watched the falling drops while cleaning its antennae. After a short video was filmed the rain stopped and the mantispid flew out.
By now it was time to find a good spot for the lights. I decided to try the very top parking lot above the gazebo. A mistake, because this time the rain move with me and the lingered around the top.

So I left my light up there and drove down to look at someonelse's  set-up at Kubo Cabins. Ther it was at least dry and a little warmer, so there were not only all three Chrysina species but also a beautiful fresh Silk Moth, Eacles oslaris. 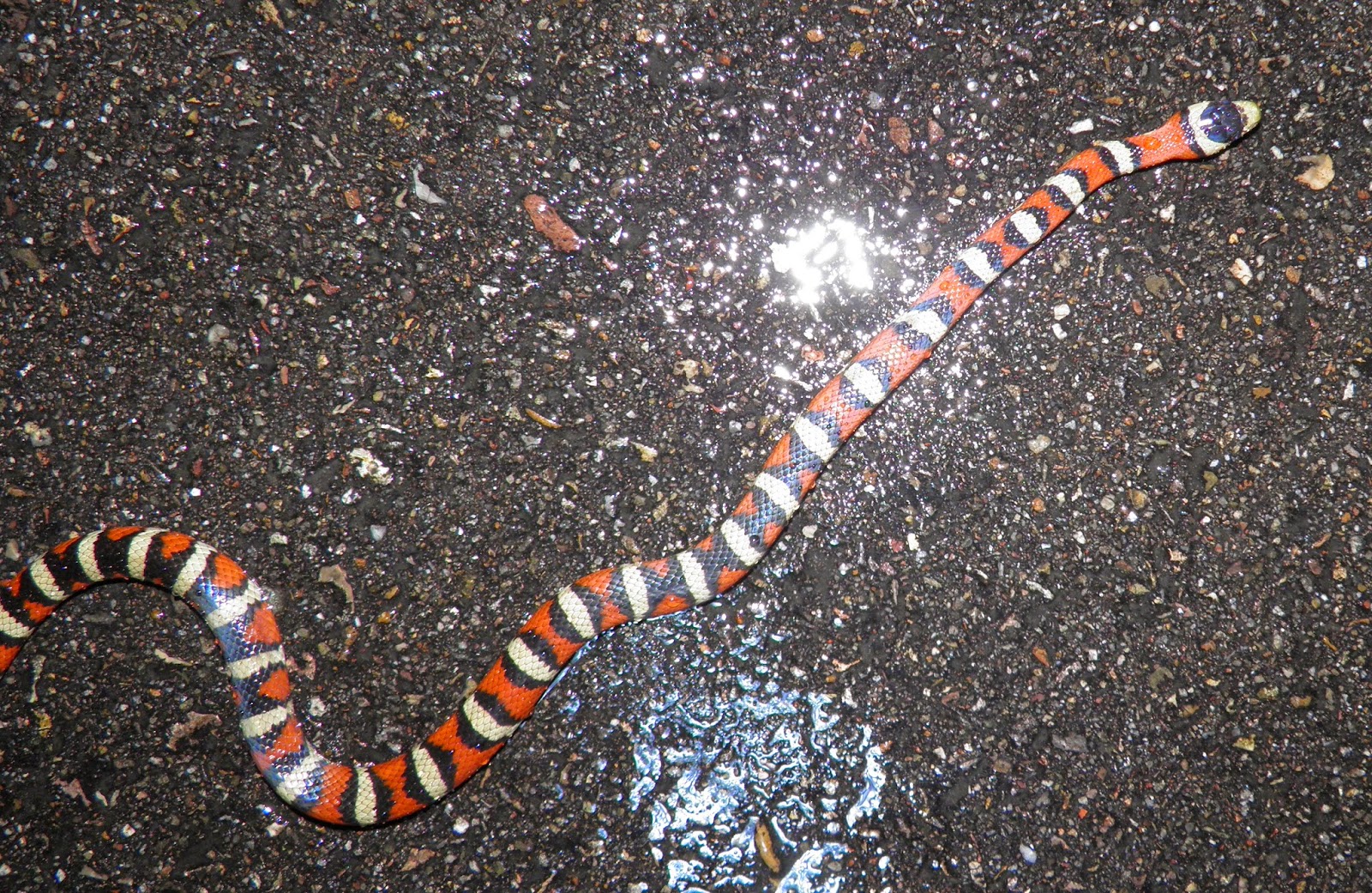 On the wet road in front of that cabin a snake was just about swimming in the water that was still standing on the asphalt. I tried to photograph it, but the reflection from the flash was too distracting. I shooed the snake into the leaf litter by the side of the road.

After I blocked his way a couple of times to slow him down, he stretched upwards to check out the camera lens and seemed very interested in the focal beam which of course did not help the little point and shoot to focus.

The snake then hid in full side between three rocks and allowed me to take some more photos and also to touch his cool, smooth coils. A beautiful Sonoran Mountain Kingsnake

My patients was rewarded. When it finally stopped raining, a nice number of scarabs, cerambycids and even silk moths found their way to my sheet. I did find all the species that I was looking for and a few more.

Posted by Margarethe Brummermann at 3:38 PM