Happy Holidays and a Mystery 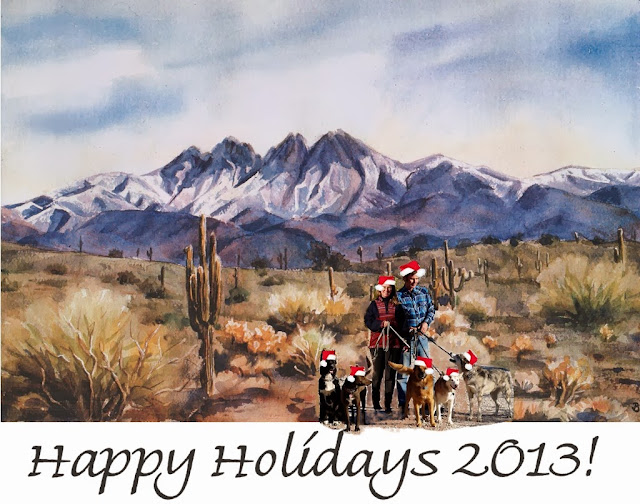 All through December I have been too busy to blog. The art shows were busy and more originals sold than during the whole rest of the year. On the day before we drove out to California I was still working on tables for a paper on Buprestids for a friend and client in LA, a translation from English to German of an abstract for an Orthoptera  publication from Zagreb, a commissioned painting of the Pima County Courthouse for one of the judges who used to work there and waiting for the pick up of another little original as a last minute gift. Then some communication about a package with prints that should have reached Florida by the 20th, but didn't make it...meanwhile our house phone-line succumbed again to the influx of moisture and technicians have to come out to fix it... Not all of the xmas business is fun. 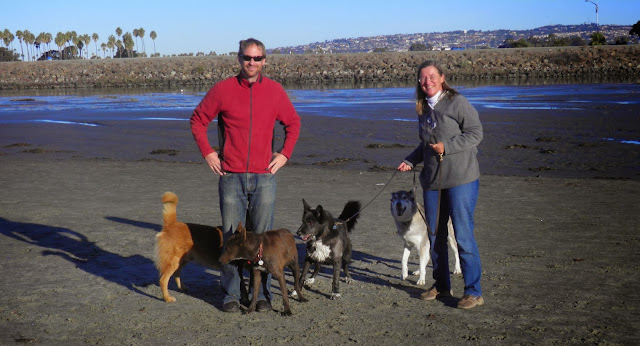 For 2 days we escaped to California to visit with Randy's family and take the dogs to the beach in Oceanside. It's our Christmas tradition that provides us with fine sand in the back of our car for the entire next year. 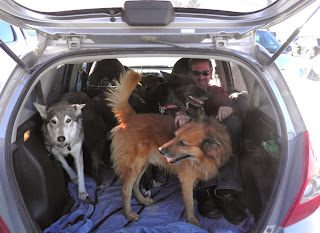 There isn't much room for Trevor  and the 4 dogs in the back of our Toyota Fit, and I really admired Trevor's great patience on the way back to San Diego, when they were all quite wet. 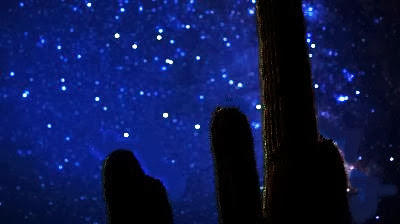 Last night we came back from CA to AZ around 2 am. We were greeted by the most beautiful starry sky I've seen in a while and coyotes howling. When Cody ran to chase them and followed to bring him back I heard strange noises:  Randy called it a cross between a goose and a donkey. The bird or animal that makes them is definitely not small. The call is a very regular, repeated hunnn - hunnn - hunnn with about 5 sec intervalls. First I thought it might be a dog that's choking on something, but coming closer I realized it was clearly a call. Two weeks ago our neighbor Frank has described the same noise after he heard the sounds also at night on the other side of the property. A roadrunner with night mares and a very strange rhythm? My facebook friends suggested foxes or mule deer, but we have no deer here, and I would have seen them I think.
Posted by Margarethe Brummermann at 5:42 PM