Today my birding trip to the Pinal Airpark Pecan Grove took an unexpected turn. I found the fields of Avra Valley very dry and bare - just some left-over cotton and alfalfa and none of the bird-attracting Sorghum that grew here before. Agricultural subsidies must have been changed since last year. 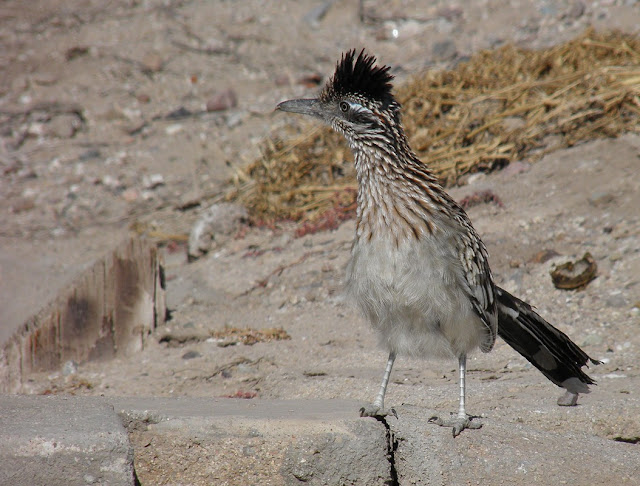 A very entertaining Road Runner volunteered for a little video. Northern Harriers were cruising, a Say's Phoebe perched on a fence and a Western Phoebe on the Santa Cruz River bank. A hole conspiracy of ravens was riding a thermal updraft...

Driving slowly up a dirt road off Trico Rd, I heard a faint cry. I couldn't tell whether it was a bird call or a frog or even a baby? After a while, it came again, weaker, but clearly close by. There was nothing but a wash with a desert broom bush behind the barbed wire fence of some posted Tucson City property. The fence had those nasty vertical wires that make it difficult to slip through...When I came to the bush, I saw a little animal turn twice and then bed down, the way foals and fawns do. 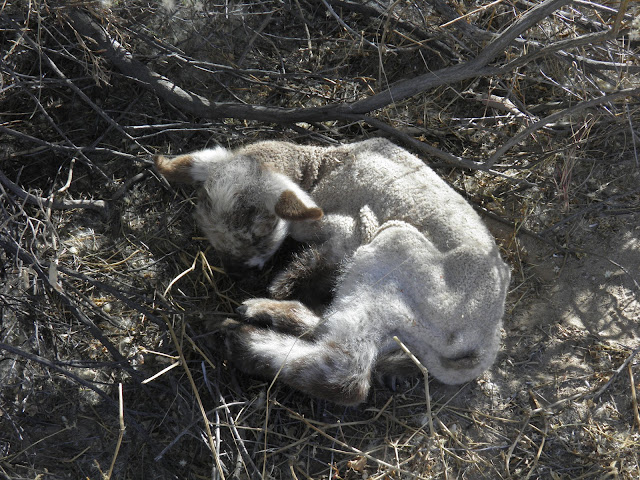 A tiny newborn lamb. Although the area is flat and open, there were no ewes or any other sheep in sight anywhere. The little guy showed no fear. When I touched him his eyes opened, but barely. His chest was so thin and narrow, his breastbone felt like a knife. Completely dehydrated and nearly starved. The umbilical cord still attached. Hardly reacting when I picked him up. But as weak as he seemed, he stood like a little wooden horse when I had to set him down  to crawl through the fence again and he even turned to kep me in sight. In the car he collapsed in his fetal position again. Luckily our vet has his clinic on Luckett Rd, only a few miles from where I found the lamb. There the prognosis was better than I had expected - they took him in and hoped he would fully recover. Did I want to get him back? No, not really...but I hope he'll do well and can join the other animals that seem to have a very nice life on the land around the clinic. 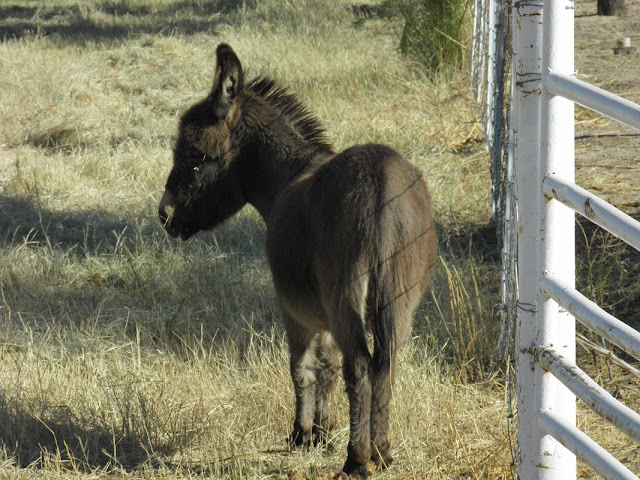 Posted by Margarethe Brummermann at 9:21 PM