A Gem of a Grasshopper, lost for 70 years, rediscovered! 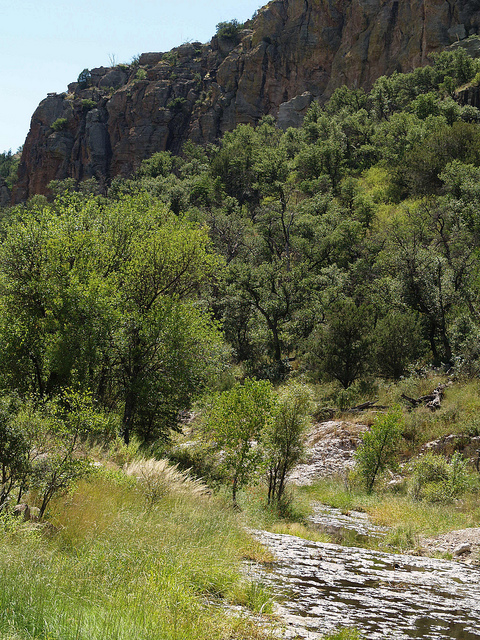 Last week my Flickr/ Bugguide friend Bob Beatson invited me to go to Sycamore Canyon. I thoroughly enjoyed his company and the trip! The dirt part of Ruby Road was much longer than I remembered but it took us through country that had burned earlier and is very green now after the rains.

In the canyon Cloudless Sulfurs fluttered among Cardinal Flowers and large congregations of male butterflies were sipping minerals from the moist soil. 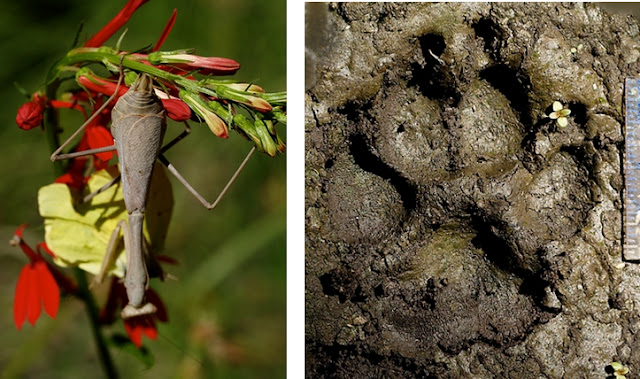 A mantis surrounded by the colorful wings of her victims and a big paw print in the mud (it's a mountain lion, the claws are visible because he was slipping in the mud) reminded us that we shared this paradise with some formidable predators. 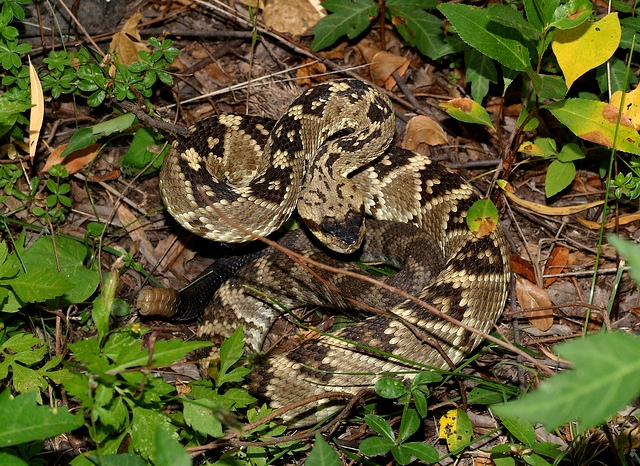 A beautiful, but very aggravated Black-tailed Rattler announced his presence from across the creek. Very unusual behavior for that species,  we would have missed him otherwise.

The creek and its banks were full of life: Leopard Frogs, too shy to reveal their species, small endemic chubs, big-eyed toad bugs,  predatory water beetles, and beautiful dragonflies - I tried to photograph them all....

I paid special attention to the grasshoppers of the area, because several friends had sent me their spectacular images of a Lichen Grasshopper that lives on the rocks of the canyon. 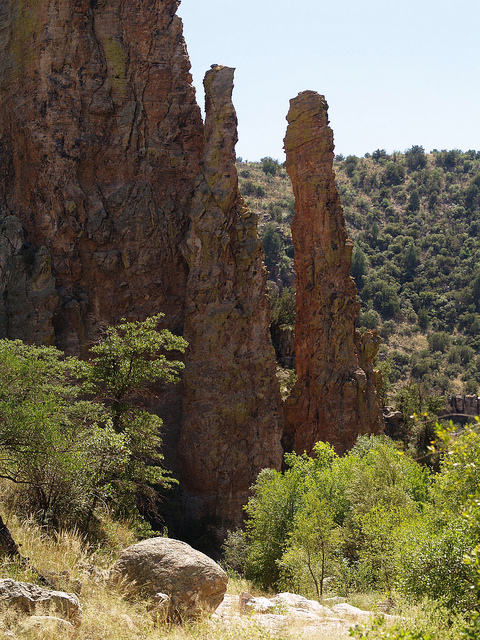 Free standing rock needles rising up like small versions of Spider Rock in Canyon De Chelly on the Navajo Reservation had plenty of lichen cover, but I didn't find the elusive camouflaged hopper.

Instead there was a bright green, short-winged hopper with accents of a striking, complementary-contrast red, a little azure blue on the hind tibias thrown in for balance. Because the wings were so short I wasn't even sure that it was an adult. But I did take a series of photos, and so did Bob.
Back at the university Carl Olson was rather sure that my photo showed a mature individual and thought it might be of a mostly Mexican genus. I posted an image on Bugguide and then left for the Sierra Vista art show. There, in the evening, I met with Pat Sullivan who casually mentioned that he and Bob Behrstock were planning to search for a long lost grasshopper in Sycamore Canyon. Guess what he described?
We checked my pictures (it's so good to have my images accessible wherever I am) then called Bob Behrstock with the news: the Atascosa Gem Grasshopper Aztecacris gloriosus was rediscovered after 70 years! On Bugguide , David Ferguson had also already identified our pictures.

This is the second time that Sycamore canyon surprised me with such a treasure. In August of 2008 I was black-lighting with Fred Skillman and found a little Checkered Beetle. I couldn't identify it with the available information about Arizona Clerids, so I sent it to  Jaques Rifkind. He wrote back: "Your beetle arrived safely today. It is indeed Enoclerus decussatus (Klug). I looked into the literature, and it seems that Horn made a note in 1885 about a darkened specimen collected in Arizona. More recent checklists assumed this was an incorrect record, and the species hasn't been considered part of the US fauna since Corporaal's 1950s catalogue. So, you may have collected the first specimen of this in AZ since the late 19th century! And so it is now officially part of the US fauna. I will get a note out on the record soon."
Jaques Rifkind wrote up my rediscovery of Enoclerus decussatus in the Pan-Pacific Entomologist and Behrstock and Sullivan will post the grasshopper find (they managed to collect several specimens last Sunday) in one of the orthopterist journals.
I can't wait to get back to Sycamore Canyon for more surprises!
Posted by Margarethe Brummermann at 11:14 PM