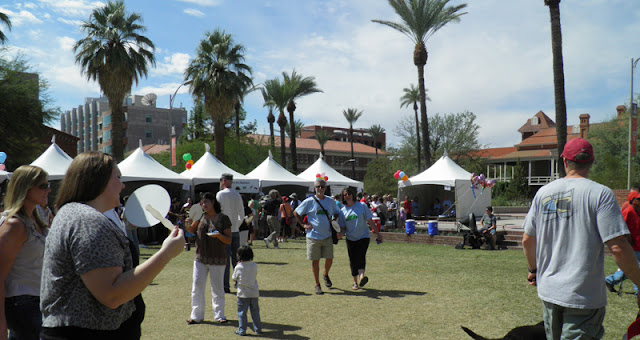 So now it's over: all the planning, collecting, preparing, and the big day itself. We are all still amazed how incredibly well received the festival was. It seems that the Tucson community was just waiting and ready to come out on a beautiful, still rather hot Saturday morning to celebrate these small, but most numerous and  ecologically most important, fascinating creatures. 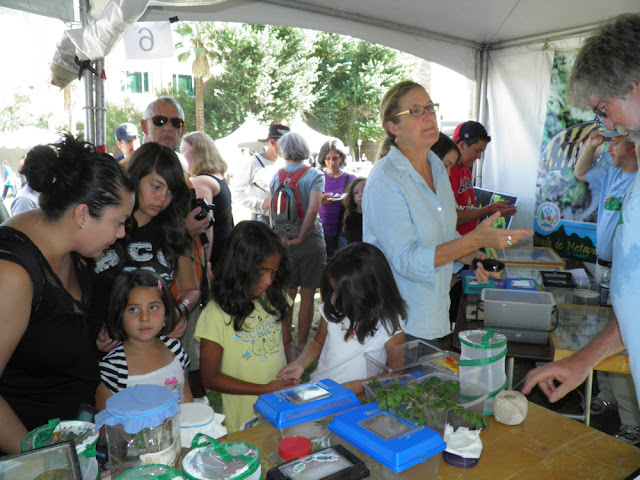 So for the four hours from 8 to noon, we had a solid stream of thousands of visitors descending on our 25 tents. 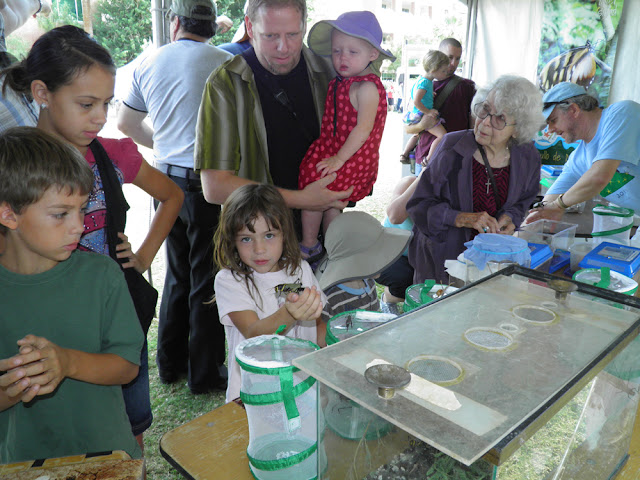 Although it was the family weekend of the U of A, and a lot of our advertising used campus media, the majority of the visitors seemed to be young Tucson families with children. They may have come to treat the kids to a fun event, but most of the adults were as fascinated as the kids with our live insects and all the different aspects of insect live on display. 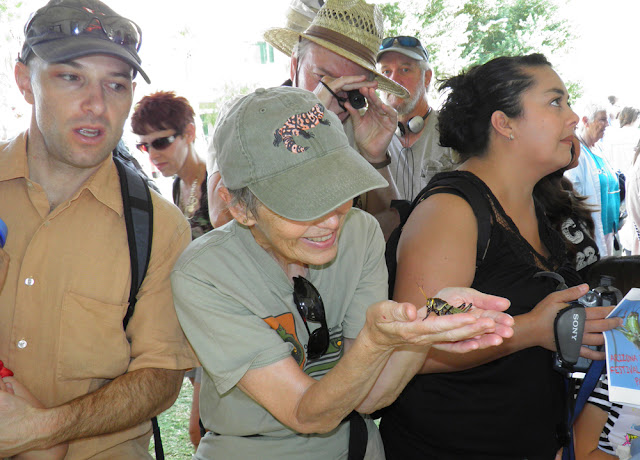 I spent most of the time behind the tables of the Insect Zoo, letting big Horse Lubbers, a Praying Mantis, and a Hercules Beetle  crawl onto peoples outstretched hands. Some of the big bugs jumped or flew up and landed on shoulders or heads, but surprisingly nobody flinched, and no insects were lost or trampled.  The crowd in front of our double booth was constantly at least five to six rows deep.

On a short walk around I found the other booths just as crowded. Lines in front of microscopes to see insect brains, people watching fritillary caterpillars chew clematis leaves or touching the soft skin of big hornworms, 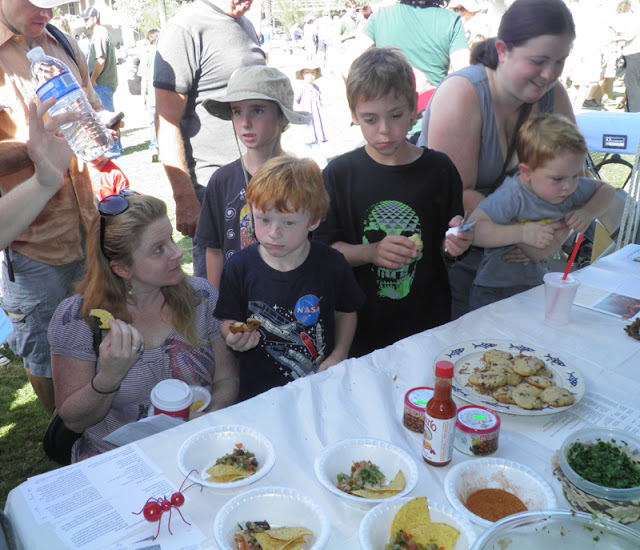 brave ones tasting mealworms in salza and grasshoppers in chocolate chip cookies, kids creating their own bugs from play dough and pipe cleaners, cheering on their roaches in the insect olympics... 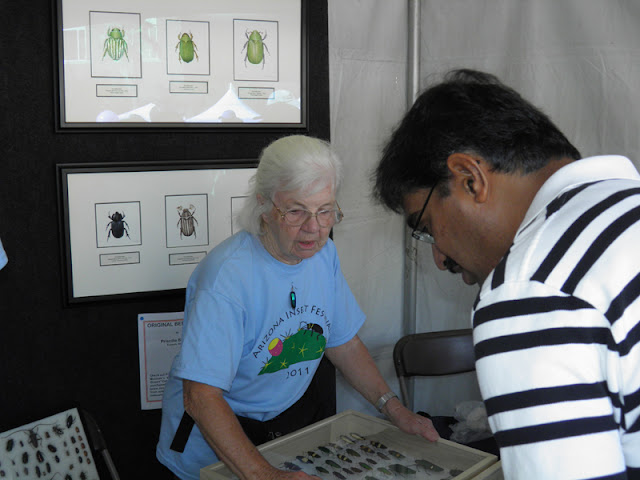 Beyond the fun, serious facts and information were offered at most booths. One just had to find a quiet moment. 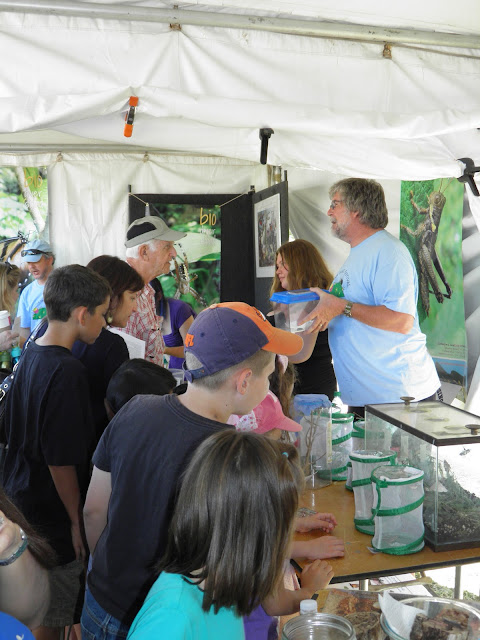 Our live animal display did turn into the proverbial zoo, one could hardly exchange words over the din of voices (except Carl Olson: his voice training as a singer in the University choir payed off once again). So I hope the experience that our visitors took with them is that insects are interesting and beautiful and deserve a lot of follow-up observation and research.

I have placed many photos of the festival in my flickr files here.
Posted by Margarethe Brummermann at 3:23 PM