There are times in Arizona's Sonoran Desert when cacti and agaves are about the only juicy things for a bug to suck on. Cactus specialists among the hemipterans can be found during all seasons, even reproducing in the middle of winter.

The species of the coreid (leaf-footed bug) genus Narnia specialize on different cacti. Some of them can be found on Prickly Pear, another that seems to be undescribed so far, prefers Saguaros. 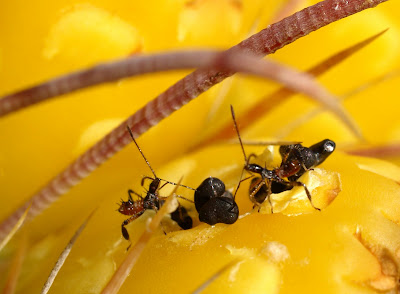 Several species, like for example Narnia wilsoni spend their lives under the formidable protection of the thorns of the Fish-hook Barrel Cactus. The freshly hatched first instar nymphs above are enjoying the juicy film that covers the fresh seeds after a squirrel broke into the fruit. 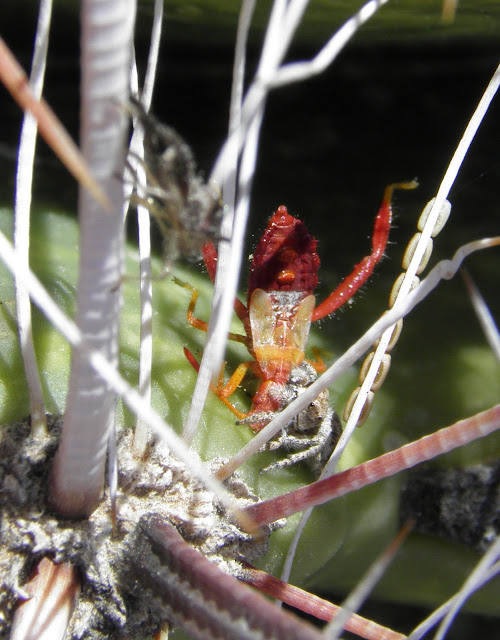 Of course, no protection is absolute: This older nymph, still red (teneral) and soft after its last molt before reaching adulthood, fell victim to a jumping spider. You can see the exuvia (shed skin) at the top left and a string of new eggs on the thorn on the right. So I guess this rare species will survive here in our backyard. 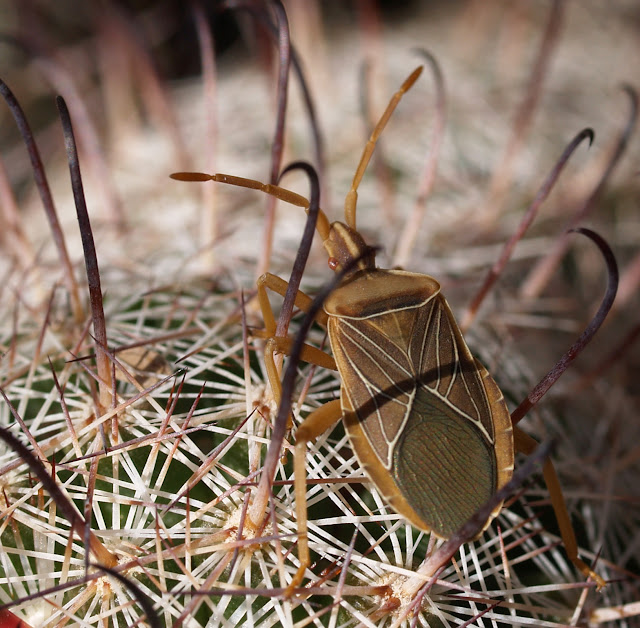 The nymphs with their thick antennae seem more in the style of children's plastic toys. Parental guarding is common in these bugs. 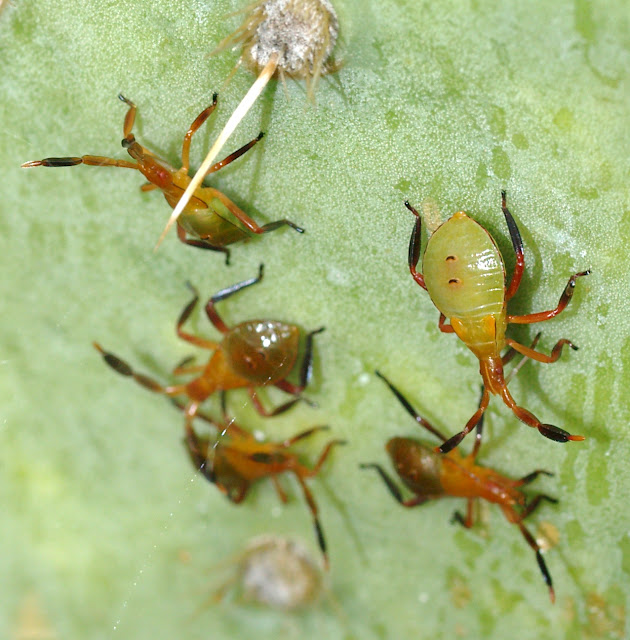 A couple of days ago I found the odd looking Merocoris sp., also a Coreid, on an Engleman's Prickly Pear in our back yard. It can't be an obligatory cactus feeder, because it also occurs in the Sonoita Grasslands where there is hardly any cactus. But it was definitely sucking from the succulent little leaf remenant on the Opuntia bud. 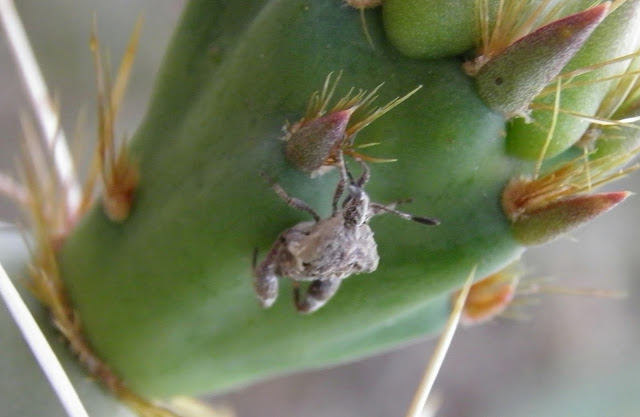 Despite their plump shape and suggestively big hind thighs, these coreids are no jumpers, but they can fly.

Some Stinkbugs or Pentatomids also have cactus as a preferred host plant, like these Chlorochroa opuntiae. The  little congregtion below was photographed in September 2010 in the Saguaro Monument West in the Tucson Mountains. The individual below was feeding on a Cane Cholla in our backyard (bajada of the same mountains) on March 29, 2011. 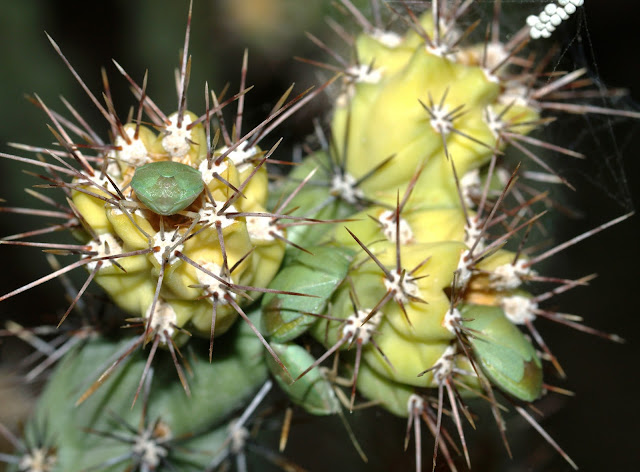 Growing cacti release sugary juices from extra-floral nectaries and just growing  pads and flower buds.  A predatory bug, a reduviid in the genus Zelus, is stalking  insects that can't resist the sweet attraction.
These Small Milkweed Bugs  in the Seed Bug family will most likely not lay their eggs on the agave leaf that they chose as a mating place, but the closest relative to milkweed in our backyard are some Oleanders that survived the 'renatification' of our property.
Posted by Margarethe Brummermann at 2:01 PM