A Different Kind of Hawk 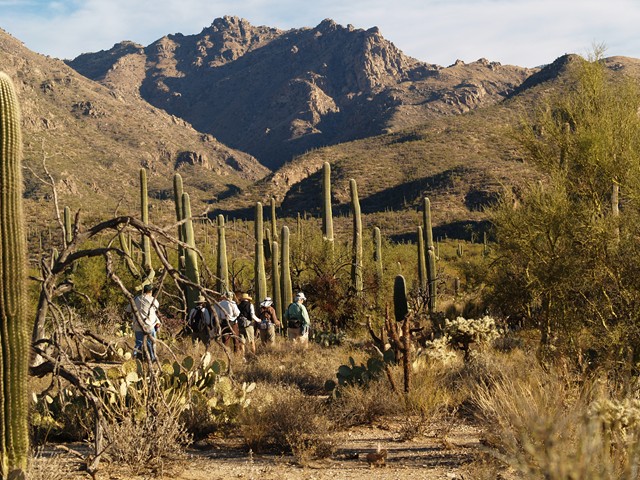 Today I went on a short walk into Sabino Canyon, Tucson’s most beautiful and easy access to the Catalina Mountains. It was an organized walk for the  Sabino Canyon Volunteer Naturalists, guided by Ned Harris. 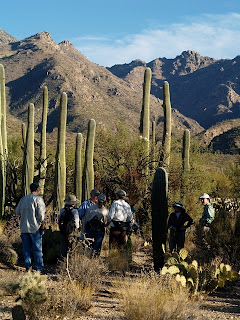 As it turned out, most of the participants were experienced volunteer guides in their own right. There were botanists, ornithologists, geologists, and a lepidoptera specialist. 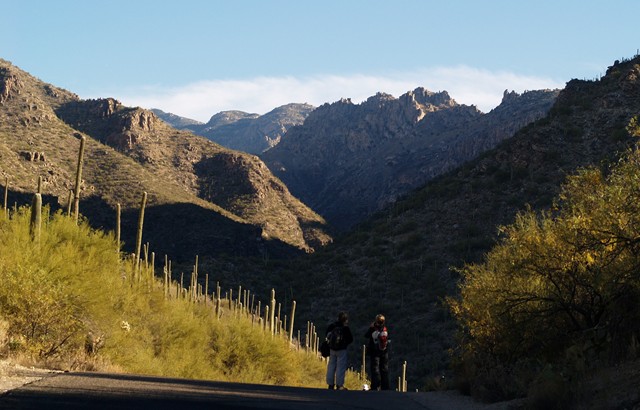 Ned’s own specialty is raptors, demonstrated by his breath-taking hawk photography. His images are so sought after that right now he is providing the illustrations for three new raptor books.


I can’t wait to see the books! I am also very envious, because a bug photographer or entomology-writer can only dream of such popularity.


Ok, I admit: while I think that insects can compete with the most colorful birds in terms of hues and patterns and are often much more complex and interesting in their natural history and behavior, they lack somewhat in size and majesty (and if they are big, most people are just horrified).
But today at Sabino Creek, while watching butterflies congregate at the last blossoms of the year, we found an insect that can maybe even impress the raptor specialists? It’s the Mosquito Hawk, genus Toxorhynchites. As for the species, this may be either T. aztecae or T. montezuma. It reminded some of the naturalists of an Anopheles Mosquito, but it is at least three times as big. 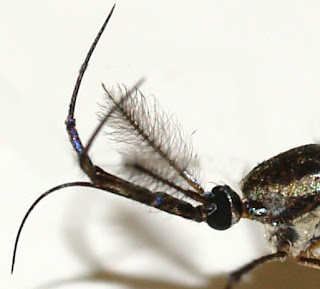 This largest of the mosquitoes (take that, Minnesota!) is also called Elephant Mosquito, probably because of its oversized curved maxillary palpae that remind of elephant tusks. On this male, the brush-shaped antennae, the palpae, and the down-turned proboscis form a head-gear that rivals that of any antelope or stag.
The scientific name Toxorhynchites translates to "Arrow-nosed", so it has nothing to do with being toxic. In spite of its imposing mouth-parts, Toxorhynchites is one of the few non-bloodsucking mosquito genera. The adults feed only on sweet, carbo-hydrate rich material like honey dew and nectar. In this genus, the larvae are the ones that go for the protein rich food: they hunt, and their prey consist mostly of the larvae of other mosquitoes. So - this is a 'good' mosquito, for those who want to divide the world into good and bad according to our anthropomorphic point of view. Some researchers even suggest the possible usefulness of this mosquito genus for disease vector control, if the insects could be released in malaria or Dengue fever areas. Naturally the huge mosquitoes occur mainly in tropical forests around the world. 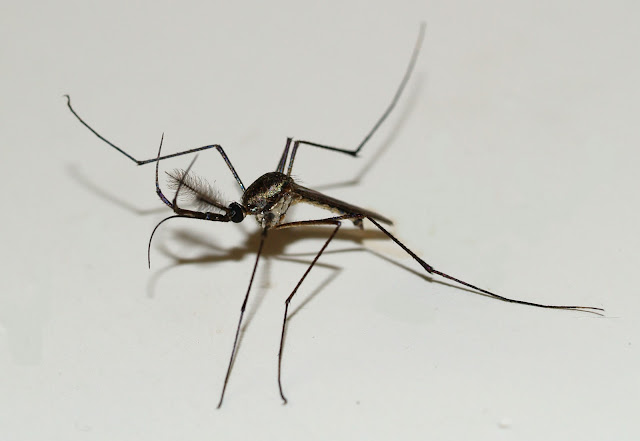 On this late autumn day, Sabino Canyon had all the charm of a deciduous forest with its beautiful golden Cotton woods and Mountain Ashes  glowing in the  low standing sun. The elephant mosquito was a good reminder of the close proximity of tropical regions just across the Mexican border. 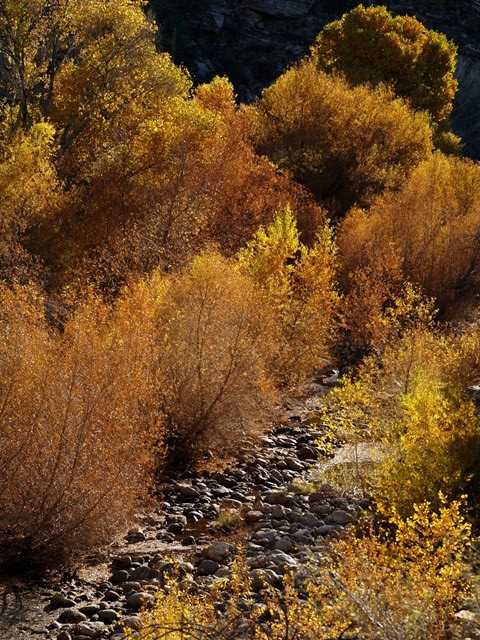 Posted by Margarethe Brummermann at 10:06 PM