Over the last sixty years Tucson lost most or all of its riparian habitats due to overuse of the aquifer and droughts. Now there are plans to declare the Santa Cruz River a 'navigable waterway'. ('The federal test of navigability is simply whether the river is usable as a route by the public, even in small craft, and even if it contains obstructions at which boaters get out, walk around, then re-enter the water' Wikipedia). This seems to be the only way to give it at least some protection. 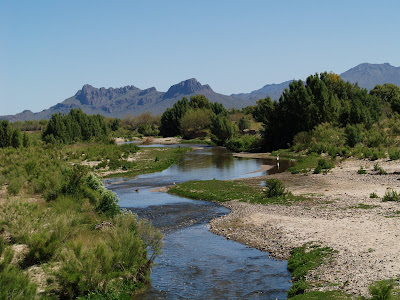 Sadly, this pretty picture is misleading. The Santa Cruz River flows year round only because of the effluent from the Water Treatment Facility upstream, and it stinks.

I would not try to navigate this river even in a kayak, and I wouldn't allow my dogs to play in it, but the vegetation on the banks is lush and attractive to insects and therefore to me as an entomologist.

Last week I was on a mission to find little weevils that might live on the Salt Cedars at the Santa Cruz River Bridge at Sanders Road in Marana. Before I reached those trees I spend about 30 minutes on a 30 meter stretch of the river bank.


There, I found a beetle paradise: 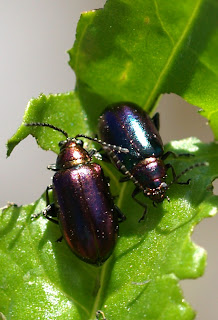 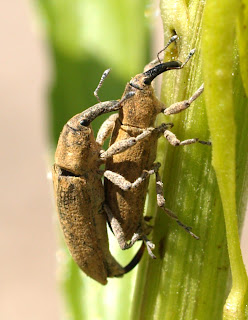 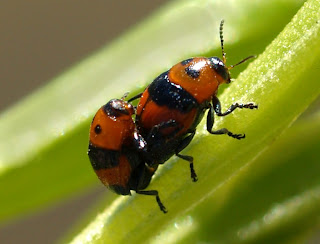 Little Leaf Beetles of the genus Lexiphanes were hiding between the slightly deformed end leaves of the same plant.

Most impressive, though, was the number of Ladybugs. During my half hour at the river I counted seven species of Coccinellidae: 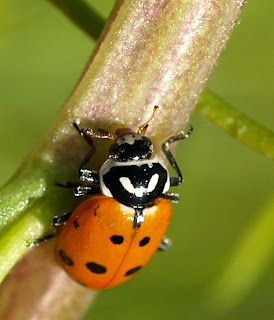 Most abundant were the Convergent Lady Beetles, Hippodamia convergens.

Adults were mating, and I also found larvae, pupae and freshly emerged adults that were still teneral, meaning their color was still maturing. 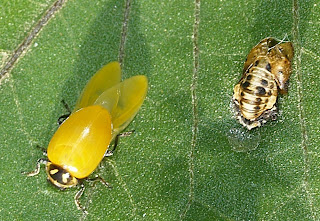 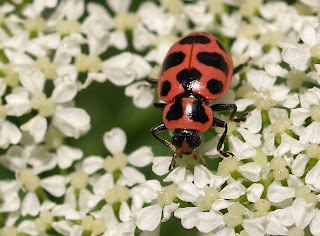 Spotted Lady Beetles Coleomegilla maculata seemed to like the umbelliferous plants close to the water. They live on a diet of Aphids and Pollen. 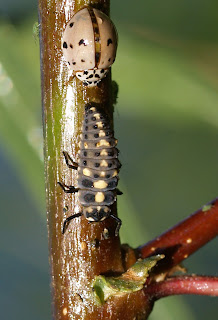 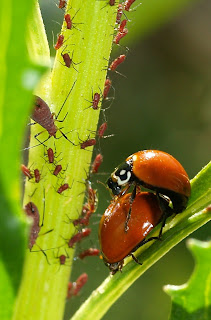 They were joined by the Blood- Red Lady Beetles Cycloneda sanguinea 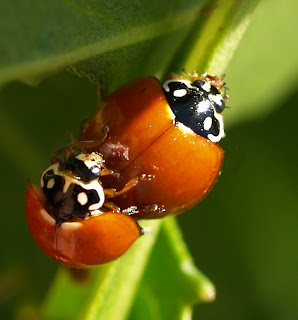 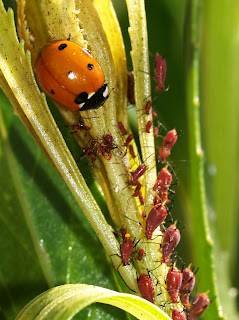 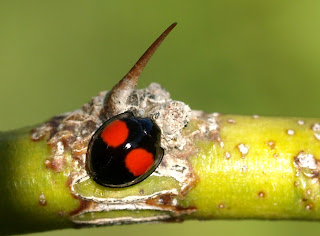 Some scale eating Chilocorus cactus were on the bark of a Mexican Palo Verde Tree. 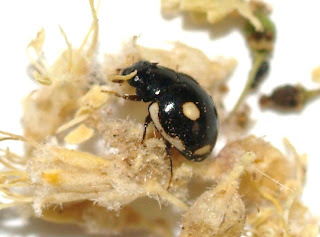 A tiny Hyperaspis sp. was nearly hidden in the first Mesquite Flowers of the season.

By the way, there were 481 species of Lady Beetles described for North America north of Mexico by 1998.

After being distracted by all these Lady Bugs, I also found the Tamarisk Weevil Coniatus splendidulus that I was looking for, but that will be another blog.
Posted by Margarethe Brummermann at 2:46 PM