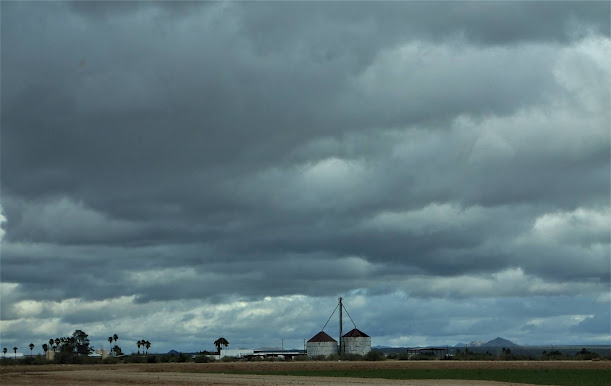 Sunday January 24, 2021. Around 9 am dramatic clouds were braking up after a sun-rise gusher had prevented us from our daily morning jog. But we share 'our' state land not only with a heard of cattle but also with a neighbor who walks his 8 pitbull mixes there after breakfast, so we have to stay on schedule. Instead, Chaco and I drove  towards the Salt River Flats to look for Caracaras. I avoided the freeway by winding my way northwest on surface roads. But somehow I got trapped by the lure of Silverbell Rd and the Ironwood Mountains. 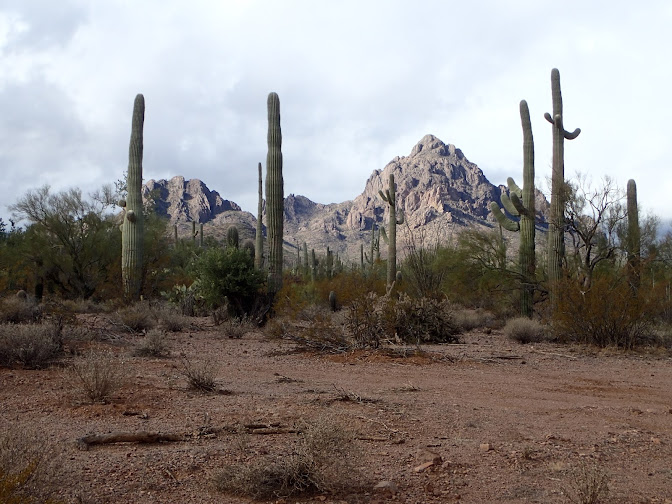 I swung in a big loop  half-ways  around Ragged Top, just fascinated by the ever changing sunlight and cloud shadows on its slopes. 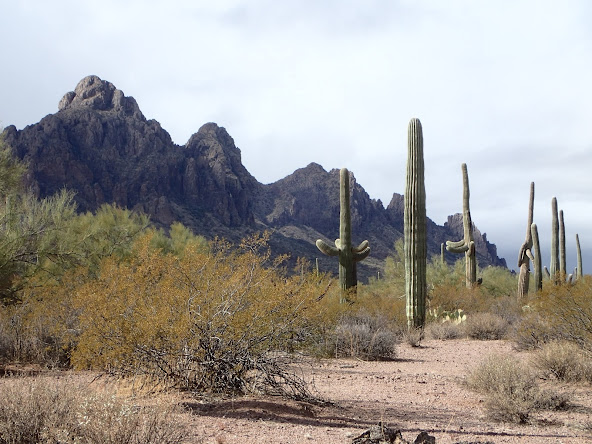 There was friendly sunshine, mysterious shadows, threatening low hanging clouds. There were scary looking groups of armed guys in fatigues congregating in some parking areas. There was a lone naturalist watching the light butts of bighorn sheep high on the mountain. 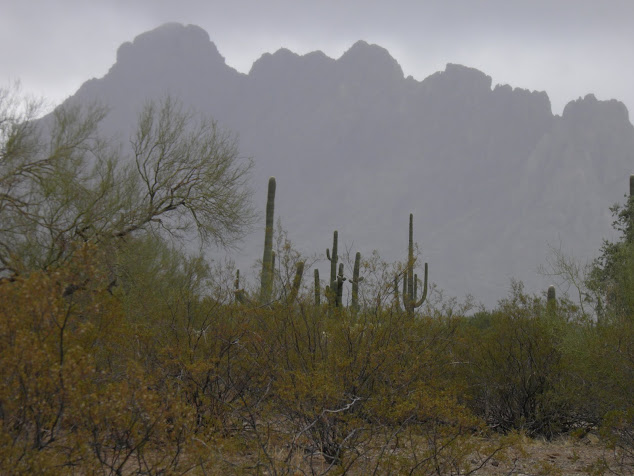 Saguaros' ghostly shapes looming out of the mist. Many Palo Verdes brutally ripped up by a dirt road widening project. Naked pale roots snaking over black volcanic pumice rocks. I considered if they would be interesting in an art project? How would they age? 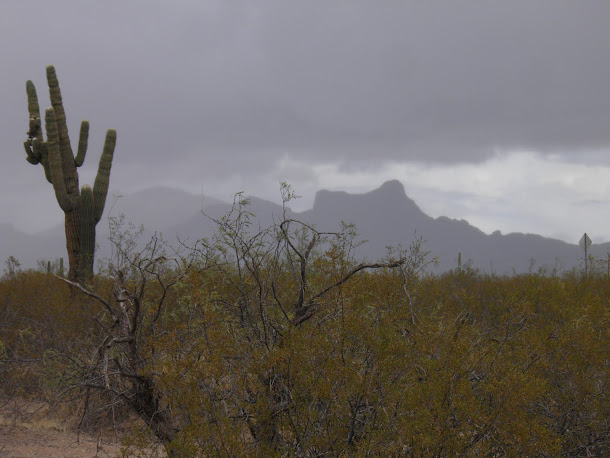 Eventually, a road fork offered to turn north east towards Redrock, my original destination. By now I entered a much flatter landscape. After some more miles  a flooded wash. The water was clear and not moving much. Turning back would have taken lots of bad road in worsening weather. So I crossed it, relying on my Subaru's high clearance. It was much deeper than I had expected, but I made it. Startled a Great Egret. Soon Picacho Peak became visible - sort of. It was just a darker shape floating in a dark-gray mass of clouds. No weather for bird watching. I passed the large cattle yard where blackbirds, yellow-headed and red-winged, usually feed by the thousands. But not in this stormy weather. Only a few Grackles on the phoneline and a couple of ravens in the field. A single Turkey Vulture with its v-shaped profile. So they are drifting back north.

I headed for the freeway and took it back to Marana.  Along Marana Rd, between puddles and irrigation ditches of empty cotton fields, a band of medium sized wading birds were spooked by an elegant, long winged black and white raptor: a Grey Ghost (Male northern Harrier). By the time I had stopped the car and got my binoculars up, the sky was empty again.

Posted by Margarethe Brummermann at 10:30 AM