Kira steals from the Hawk Family

Our dog walks are never boring.  This afternoon we had just left the house when heavy wing beats lifted a large dark bird out of the wash that crosses out front yard. Another one followed. The white base of the tail characterized them as Harris' Hawks. The did not want to leave and landed shoulder high in the next Palo Verde. So they had prey on the ground. 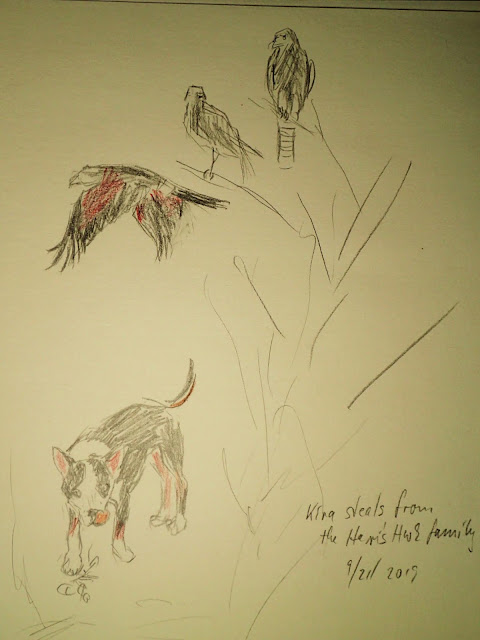 Problem: Kira was on their side of the wash and drawn straight to the smell of a fresh kill. And she was not listening. The wash is deeply eroded and arm-thich Ironwood roots run along the bottom. Still, Bilbo and I slithered down the bank to get Kira. She did not look pleased, having just pulled up a delectable loop of bunny intestine. 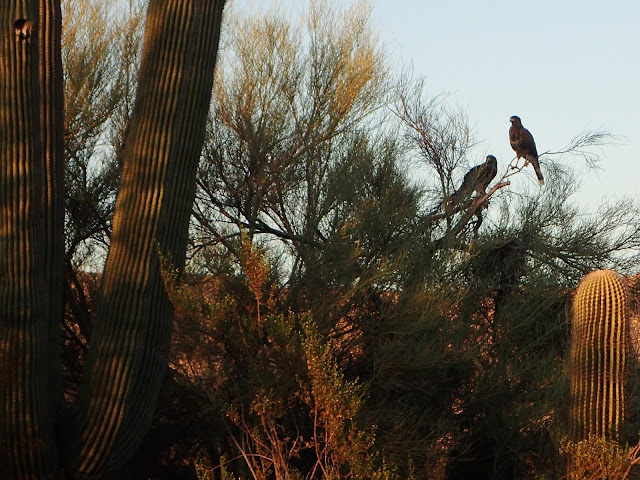 The young hawks were still watching, not much more than 2 arm lengths from me. I was thinking that they are the apprentice falconer's birds. Easy to imagine.
Then a loud angry noise from the next tree - between a snarl and a growl, not bird-like at all: the older hawks were also still close by. Kira gave up her prize and jumped down into the wash to us. Bilbo sniffed her breath and looked accusingly up at me - where was his bunny gut?
We went for our walk into the state-land, chased lizards and grashoppers as usual but somewhat halfheartedly it seemed. 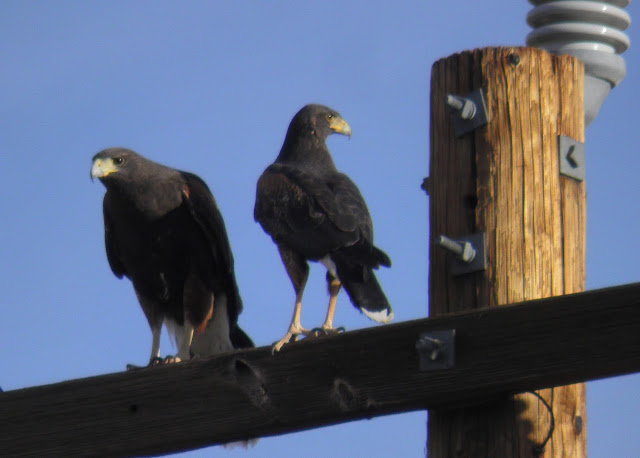 Returning, I did not want to disturb the hawks again if they had returned. So instead of cutting through the front-yard we continued along the dirt road to our driveway. But the adult hawks were now sitting on  telephone post and wire.   Sleek and dark and unblinking. Eyeing us with the inscrutable glare of a sphinx. 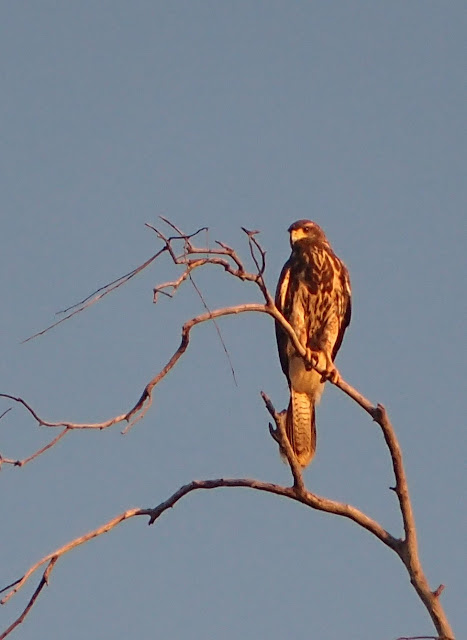 The young hawks were still eating their dinner though. Again they flew up shortly, but returned right away after I took a photo. Not much left. 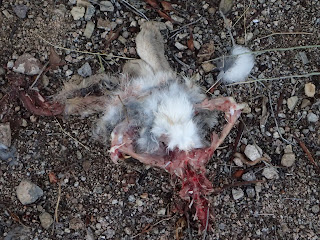 This is how it may have started - an adult female is bringing a young Jack Rabbit for her family. I'm amazed how much this relatively small hawk can carry. Not my own photo 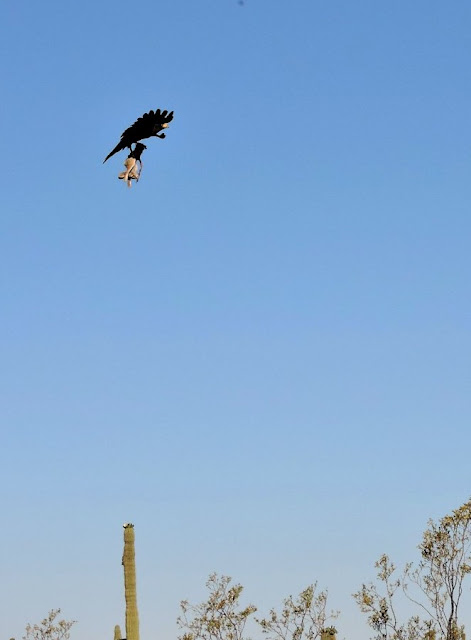