Just a short note about a very vibrant grasshopper population that I found in this otherwise strangely grasshopper poor year 2016.  The species Machaerocera mexicana  Saussure, 1859  (Mexican Blue-wing Grasshopper) was originally described from northern Mexico and  has been recorded in Arizona roccasionally since it was found by UA students in 1972 at  a location 3.2 km southwest of Patagonia, Santa Cruz Co., Arizona. Sonoita. Since then, most records stemmed from las Cienegas (Pantano Wash) at the Empire state Ranch in Pima County.  On an excursion to northern Sonora, Mexico wit Tom van Devender, I saw a few along a creek at Rancho las Avispas. That location is just south west of Nogales.

Yesterday, with some birding friends, I went to Patagonia lake, strolling along the birding path to maybe see a Trogon. But it was very quiet, bird-wise. 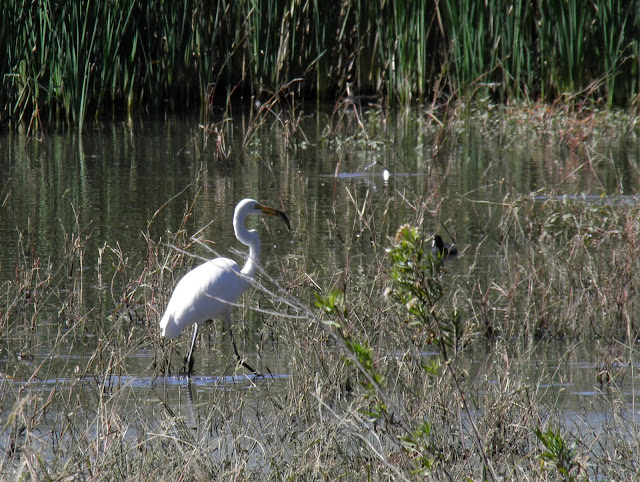 Only at the flat, muddy end of the lake a Kingfisher and a Great Egret provided a little activity, and the Trogon flew by after my birding friends had already given up. 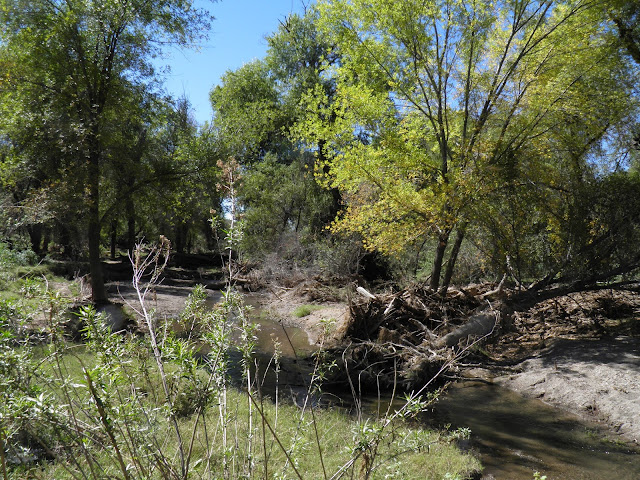 The further I followed the trail (maybe just a cattle path) away from the lake into the riparian forest of Willows, Cottonwoods and Walnut Trees, the more butterflies, dragonflies, wasps and grasshoppers I encountered. 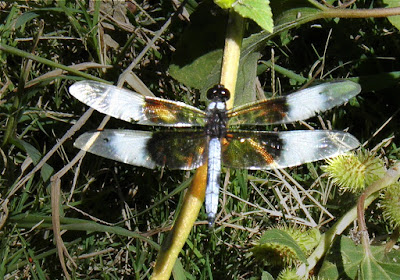 Mounds of decaying debris left over from many floods provide rich soil for many leafy plants under the shady canopy of the gallery trees. Cattle had added nutrients and churned it over - were doing so as I watched. 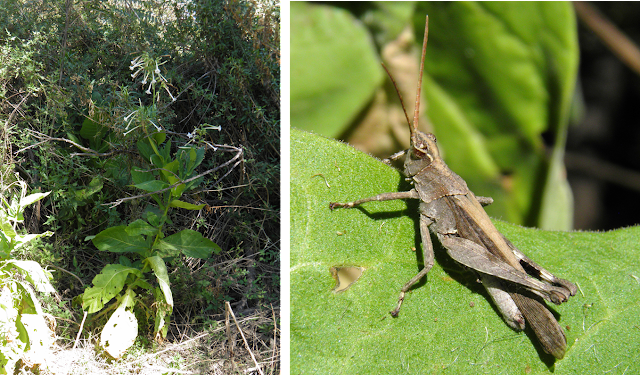 I found tobacco plants as tall as myself and with huge leaves that could have wrapped cigars for giants. And from the knee-high level of tobacco and seep willow I scared up dozens of sizable grasshoppers with deep-blue underwings.

Before they flew up, they went unnoticed despite their size - they were drab brown and sat very still.  There were dozens in each location, usually mostly large females and a few smaller males. The flight of the females arched down after a few meters, but the little males flew very well and even up into my hair. 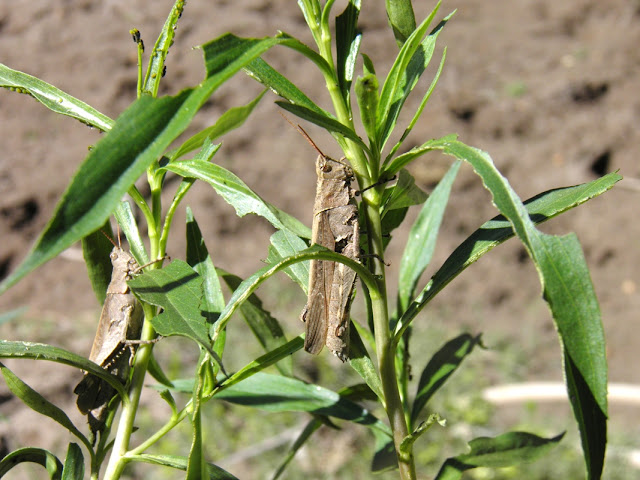 The grasshoppers occurred in solid numbers and in behavior (sitting knee-high in leafy plants, flying up nearly as a group) and wing color so distinctly different from other species that I'm surprised that they were so rarely observed. 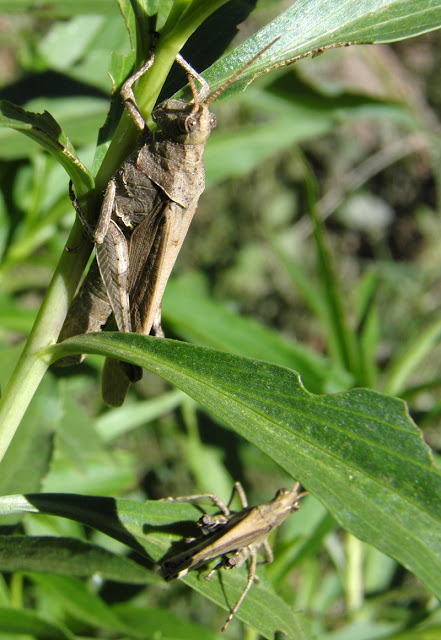 They are probably very seasonal (like most GHs), don't occur in places other than the limited habitat of a specific riparian forest,  and maybe I just hit one of their boom years. But of course, I personally don't often feel like paying the steep price of $15 to get access to Patagonia Lake State Park. It seems that this location is quite close to the first US record in 1972. 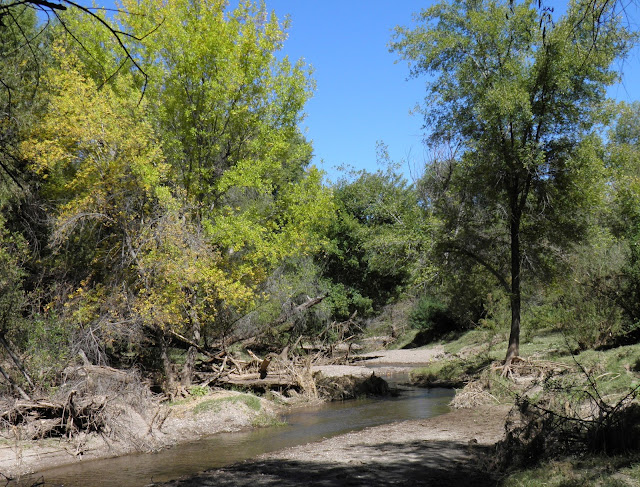 
Posted by Margarethe Brummermann at 12:27 PM