News from the Dark Red-tail Female

Last year we happened upon a red-tailed hawk nest in a Saguaro not far from our house. Two nearly grown chicks were raised by a female on her own. At least we never saw a male around. But the chicks were so big then that we hoped that they all made it. 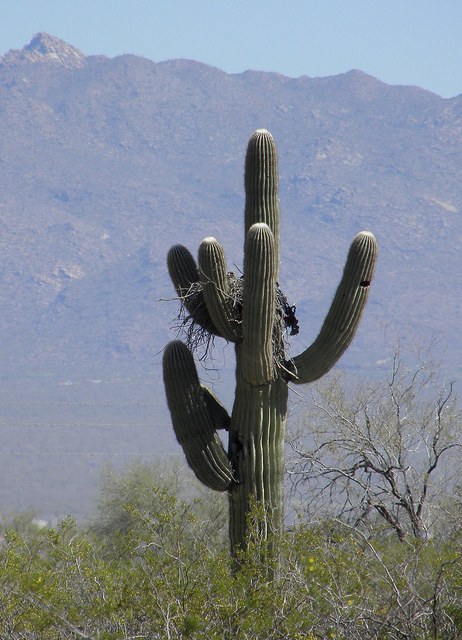 In February of 2012, last year's nest was not in use. But close by, an even older nest, also in a saguaro, was being renovated. To our dismay the birds used a huge black plastic bag for decor. It worried me how it would withstand our fierce winds or whether it would suffocate the nestlings when it got really hot... 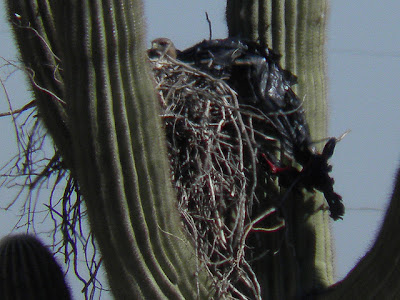 By mid-March, the dark female was sitting on eggs and she never seemed to move from the nest - we kept our distance. Around her, the plastic bag was rattling in the wind, but it was being shredded by the cactus thorns. 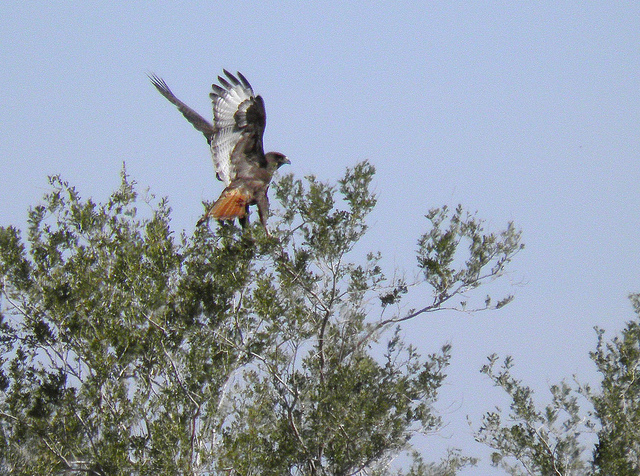 When we came back in early April, the female was sitting in an Ironwood tree close to the nest, and her warning call brought the male from his distant hunting ground. He is very light colored. Together, they told us that we weren't wanted. 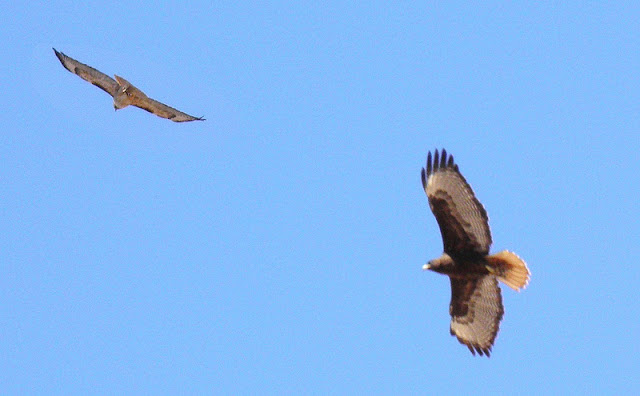 In the rough cluster of creosote branches that constitute the nest, a little white downy bump was visible. The head of at least one small chick. 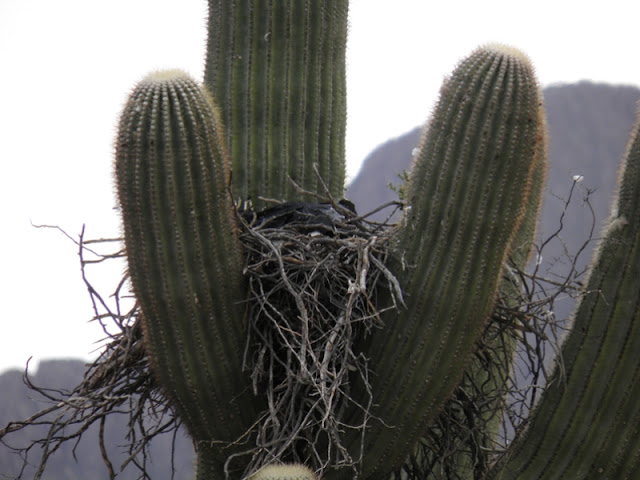 The little white spot is hard to see, but it moved, and very shortly, there was a second one to the right of it. 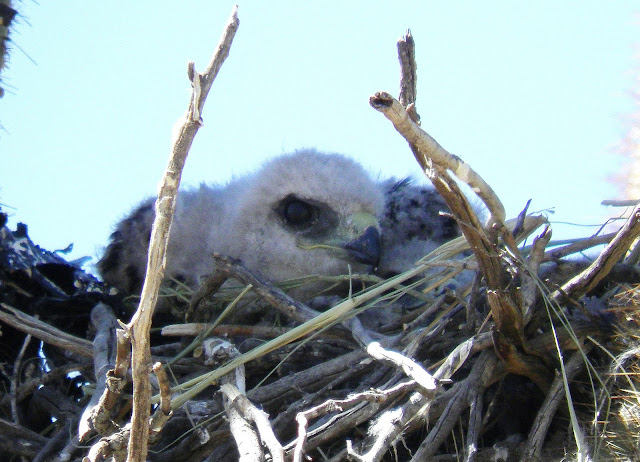 This morning, more than two weeks later, we went back, were screamed at again, and got a short view of at least two rather large but still downy chicks. They were hunkering down in the nest, but did keep a wary eye on us. So we quickly left. I hope that next time we visit we will find them already standing up and loosing their downy baby fluff.
Posted by Margarethe Brummermann at 6:55 PM