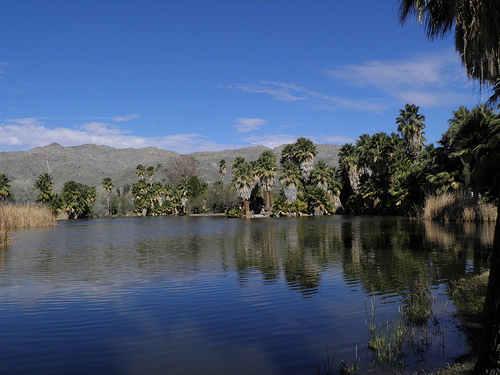 Super Bowl Sunday at Aqua Caliente in Tucson: The Plague Birds (Pestvogel) are here. That's what the beautiful waxwings were called in Holland where I first saw them, the Bohemian Waxwing in that case. Medieval Europeans were pessimists by default. Wars, starvation, and worst of all, the plague were recurring catastrophes that nearly every generation could expect to experience. Every sudden change from the usual was seen as a harbinger of disaster. Waxwings are birds of the northern forests where they breed in large groups without individual territories. During non-breeding times they do not really migrate, but given the right conditions, they may form large swarms  that stray opportunistically into orchards or into southern areas with good berry crops. So when, every decade or so, they suddenly appeared in such masses that they were hard to miss, the Dutch took their sudden arrival as a sign of the plague.

The name Seidenschwanz (Silk Tail) in German refers to their silky plumage. This was translated into the Latin Bombicylla as the scientific name of the genus. On the wings of both the Bohemian and Cedar Waxwing  the red shaft-ends of some feathers extend beyond the barbs and look like sealing wax,  hence the English name Waxwing.
Like their European cousins, the American Cedar Waxwings are no true long distance migrants, but the flocks  rather opportunistically  appear at places with a rich supply of fruit. In Florida I have seen them show up to feast on ripe palmetto berries, last autumn  the mulberry trees between Green Valley and Madera Canyon were full of the birds, and now they are all over the Washingtonia Palms at Agua Caliente on Tucson's Northeast side to pick the abundance of little black miniature dates. Both mulberries and Washingtonia Palms are introduced to the desert. I am wondering how the birds originally found them, and whether there is some kind of shared flock memory that helps them find the food sources again in years of need. Perhaps the flocks originally came to feed on something more native like the berries of the Madrone Trees in the Santa Rita Mountains. 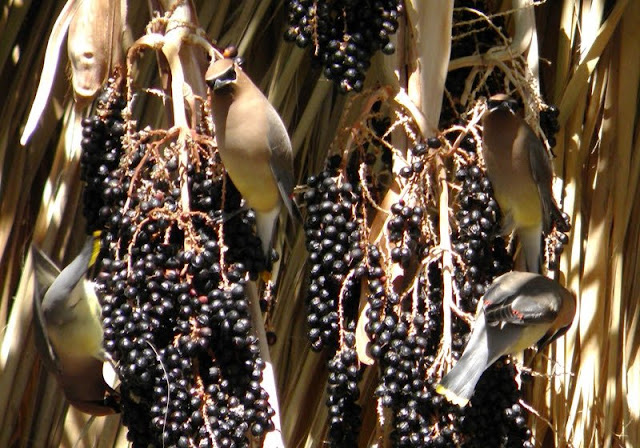 Anyway, last Sunday there was a lot of action in drooping bundles of tiny black dates that provided a nice background for the subtlety colorful birds. 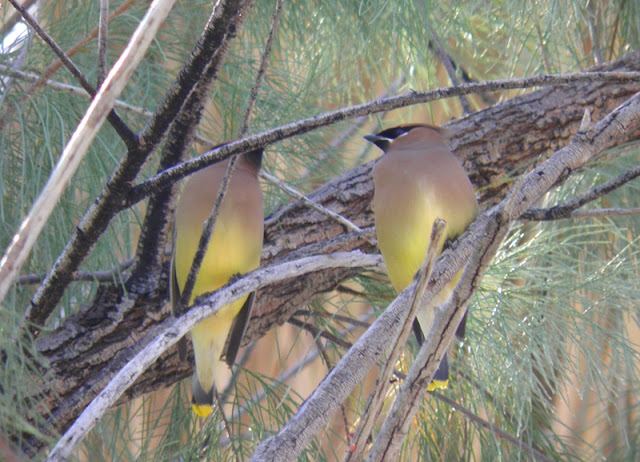 About 200 birds were taking turns between feeding bouts and breaks in the nearby Salt Cedars. 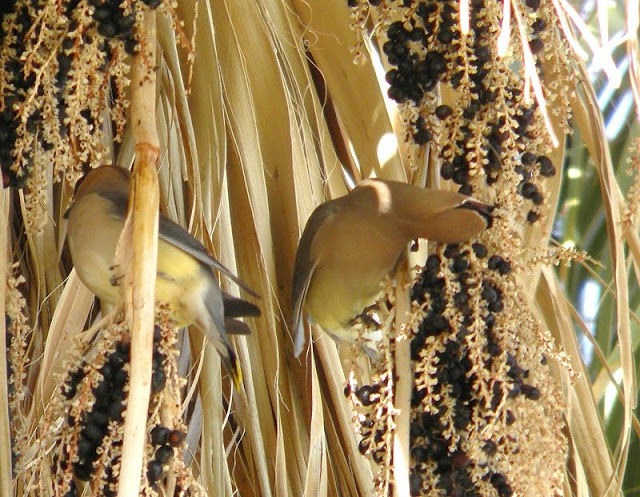 They started feeding in shady spots under overhanging palm fronds when I still felt rather chilly, so if you want good sun exposure for photos, you have to get there early. Sometimes, though,  colors are truer in the shade than in the harsh sunlight. 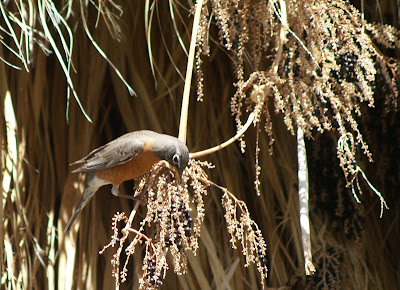 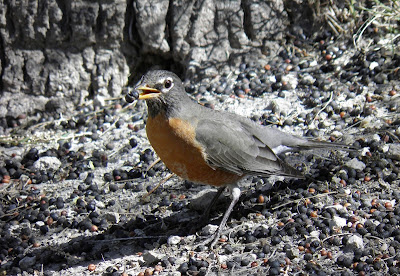 Some very feisty Robins were also gorging themselves - hanging in the palms as well as collecting the berries from the ground. 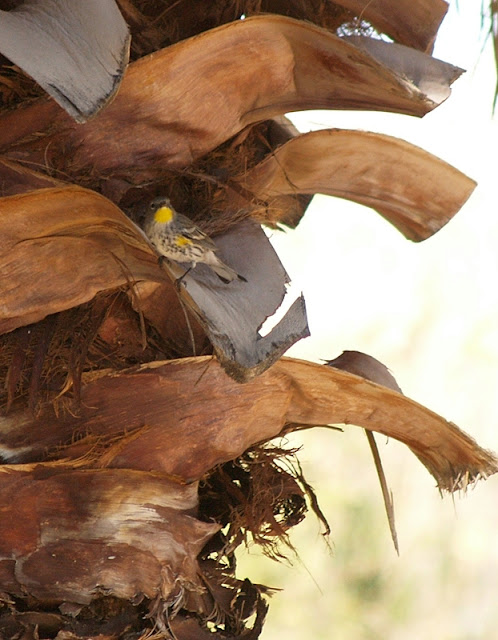 A Common Yellow-rumped Warbler posed nicely - I have a foggy memory of a Robert Bateman painting just like this.
A Sora visited shortly and on the back path I saw and heard a Beardless Tyrannulet but another birder was pursuing it with a better camera, so I didn't want to push too close with my short lens.

Thanks to Lois Manowitz  whose flickr photos alerted me to the Waxwing invasion!
Posted by Margarethe Brummermann at 3:36 PM