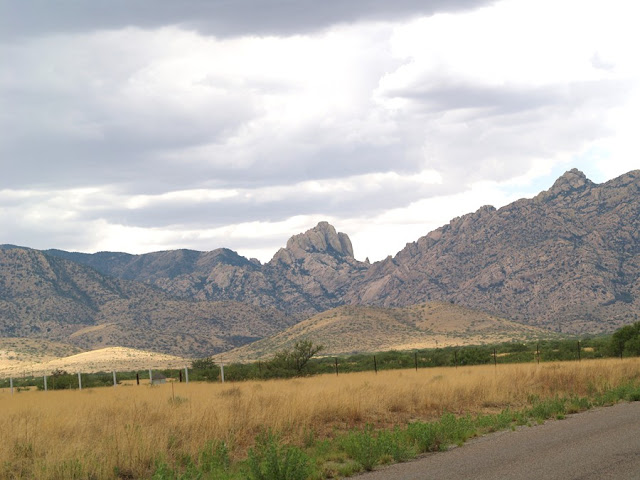 After this years Beetle Bash Eric Eaton and I explored the rocks and cliffs of Cochise Stronghold. I'll post photos and observations from this excursion another time. This blog will just focus on the very humble looking strip of vegetation along Ironwood Rd (none of those trees anywhere), the road that connects Cochise Stronghold in the Dragoons to the flatland of the Sulphursprings Valley.

Along dry grassland, run-off from the road feeds a narrow green strip of Senna, Silverleaf Nightshade, little blooming gourds, a Zinnia species and stands of a fresh-green, knee-high Asteracea that wasn't blooming yet. On its slightly sticky leaves we found most of the insects shown below.

Little Flea Beetles (Alticidae) are at the bottom of the food chain and very difficult to identify.

Two of the larger leaf beetle (Chrysomelidae) species. The species on the right  is known all over the world as a potato pest, but there is evidence that our local populations, that live on small nightshades rather than potatoes, are genetically different enough to maybe offer some solution to the pesticide resistance of the potato bug.

The two on the left belong to the same family Acrididae, Shorthorn Grasshoppers, but could they be more different? The one on right is an early instar nymph of our big Horselubber.


Two assasin bugs that are also called bee assassins, because they often hang out around flowers to grab nectaring bees. Even though nothing was blooming yet these guys seemed to make a good living hunting the abundant leaf beetles.

We found nymphs of different ages. The little one one the left is most likely A. sissipes which was most common among the adults (see the pair on the right). In the middle is an older nymph whose identity remains a mystery to me.
Here are two more predators and some vegetarians: a jumping spider, a robber fly, a saw fly (wasp) a squash bug and the caterpillar of a Pipevine Swallowtail.  We found all of these just by walking along the road and looking, not using any swipe nets or beating sheets, so there probably were a lot more species that we missed.
Posted by Margarethe Brummermann at 6:53 PM