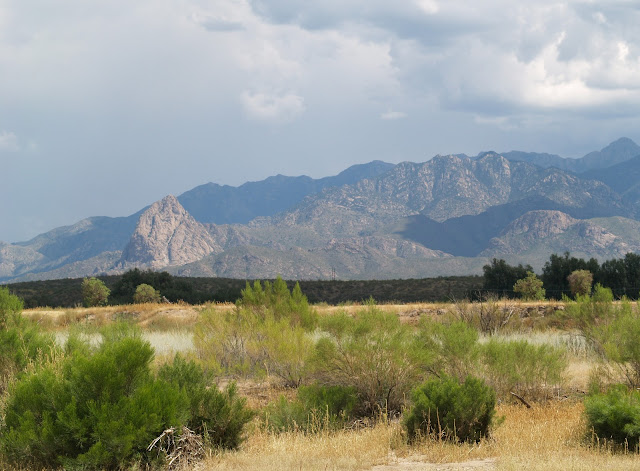 Phillip Kline and Rich Hoyer introduced me to Montosa Canyon a couple of years ago. The beautiful landscape and the diversity of plant and animal life make it attractive all year round.  For my post-monsoon trip (or so I thought) on September 22nd I crossed the dry the Santa Cruz River in Amado and  followed Mnt Hopkins Rd into the canyon, spending most of my time in the lower part that has the lusher vegetation. There are very dry areas with small yellow blooming Acacias,  a creek, now dry, that supports a small riparian community, Desert Broom bushes that are oozing sap, and blooming Asteraceae along the road.


Click here to see more and larger images. On the images, click the upper right corner to make information visible


Later in the afternoon, a spectacular storm moved up from Mexico and provided breathtaking vistas. Official statistics indicate that the monsoon lasts till the end of September, and I guess sometimes that's true. 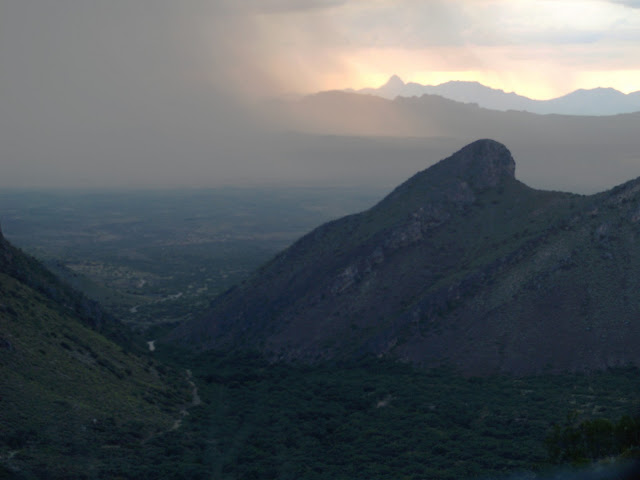 The storm and the associated drop in temperature cut my collecting time short. Under the lights of the Amado I 19 Rest Stop, where I usually find a plethora of beetle species, there was only one lonely beetle crawling on the wall. But this was my very first Arizona Nicrophorus species. Characteristically, these guys are much more common in cold, wet environments than in the desert. 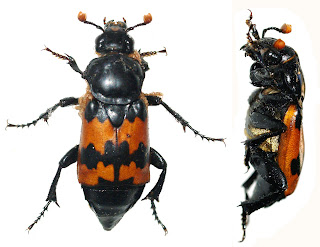