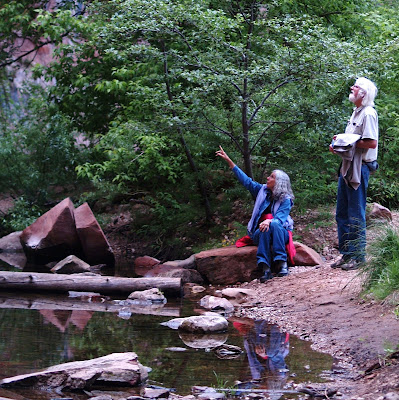 At the beginning of June I was visiting my friends Kathleen O'Neil and Peter Tilman in Montezuma Wells. They took me to get reacquainted with the breathtaking beauty of the Red Rocks of Sedona and of the West Fork of Oak Creek Canyon in particular. We arrived just before sunset and the canyon lay already in deep shadow. No better light to best appreciate the deep colors of the landscape. 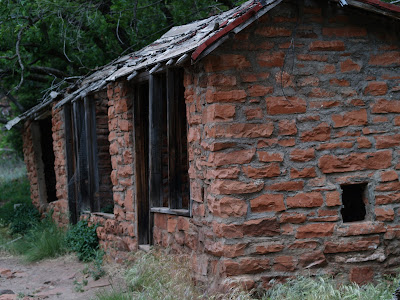 The trail first crosses the orchards and gardens an old hotel or lodge that burned down long ago. Some walls and chimneys are still standing. An lone fireplace exhibits the great skill of stone masons who used the natural local stone. Left behind ornamental plants make botanists wonder. We found thriving Vinca major, Spirea, Apple and Plum Trees and gorgeous but out of place Blue Iris. 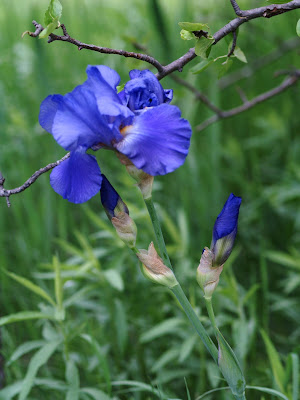 Typical western Pinacate Beetles Eleodes obscurus were doing their head-down acrobatics or were mating everywhere on the sandy path. They looked nearly out of place in these genteel surroundings. 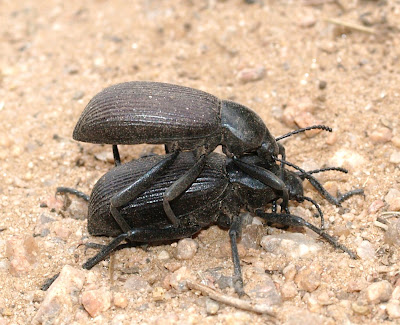 An old cave or mine shaft in the vertical red rock cliff must have served as a root cellar for the lodge. Peter, a geologist and prospector, was taking a closer look when the first beetle landed on his sleeve. Green, small, flighty, it looked at first like a Chrysomelidae. On closer inspection its antennae characterized it as a Scarab. Soon there were more - on my shirt and hat. In fact, I didn't find them on anything else at first. 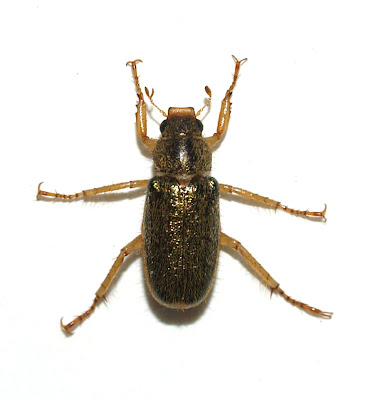 It was Dichelonyx truncata. Two species of the genus occur in Arizona. Their distribution is very local. In fact, Pat Sullivan's field notes indicated that he found his only specimens also on the West-Fork Trail in Sedona in the seventies. 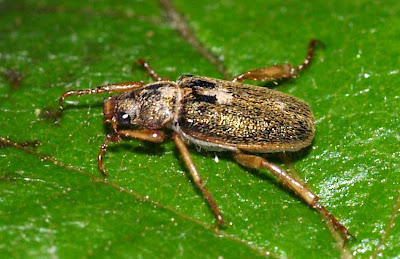 For any proper bug person everything after this discovery should have been anticlimactic. But I'm also an artist at heart. With two nice beetles in my pocket I could really enjoy the drama of the narrowing sandstone gorge and the great company of my friends. 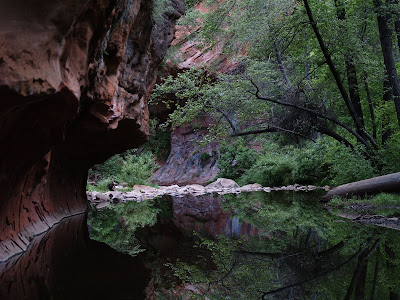 I loved the contrast of complimentary reds and greens, the deep shadows and the last filtered light, and the delicate columbines, monkey flowers and ferns against the sheer cliffs. 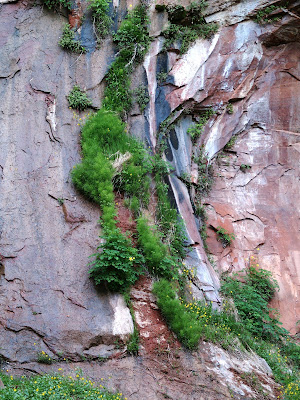 This late in the day, we had the sandy beaches and completely quiet, mirror-still water all to our selves until a bouncy, exuberant Pitbull set another interesting counterpoint. 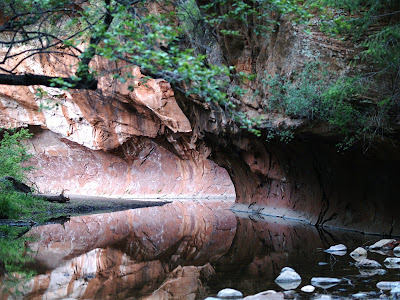 Posted by Margarethe Brummermann at 10:53 PM