A Duett of Lesser Night Hawks

The temperature predictions for today were 106F. So we got up at 5:30 am to take the dogs for a walk. The sun was still behind the lonely Twin Peak, but the birds were awake. Gilded Flickers called from freshly opened Saguaro flowers, Western Kingbirds were watching from high spots, the Kestrel pair by the corral was noisily defending their nesting cavity in another Saguaro. Thrashers, Gila Woodpeckers and Cactus Wrens, of course. 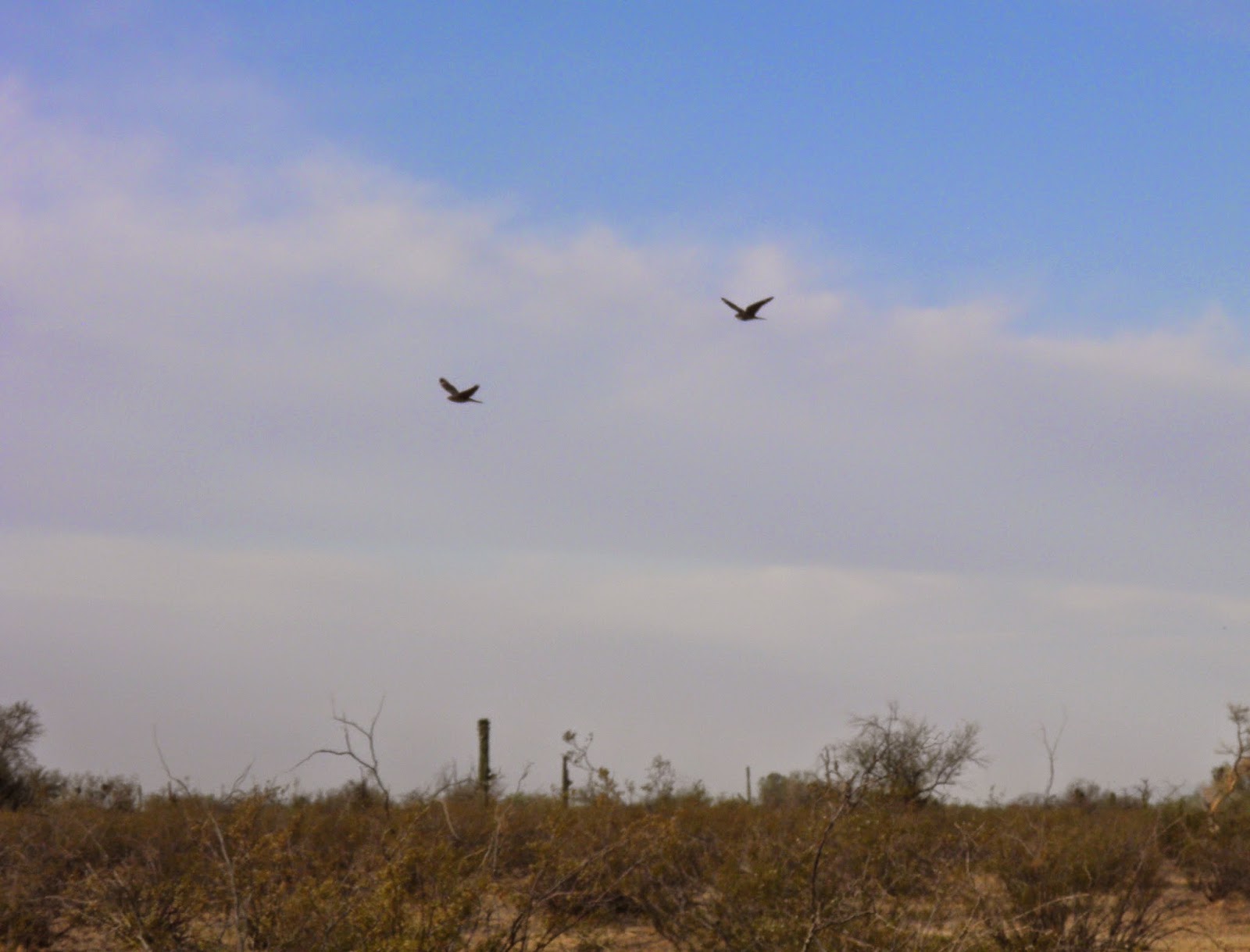 When we came to the place where a Nighthawk had tried to mislead me with a broken-wing-display some nights before,  we heard the bird purr, saw it fly up from the ground, to be joined quickly by a second, bigger one, that had been sitting in a tree. 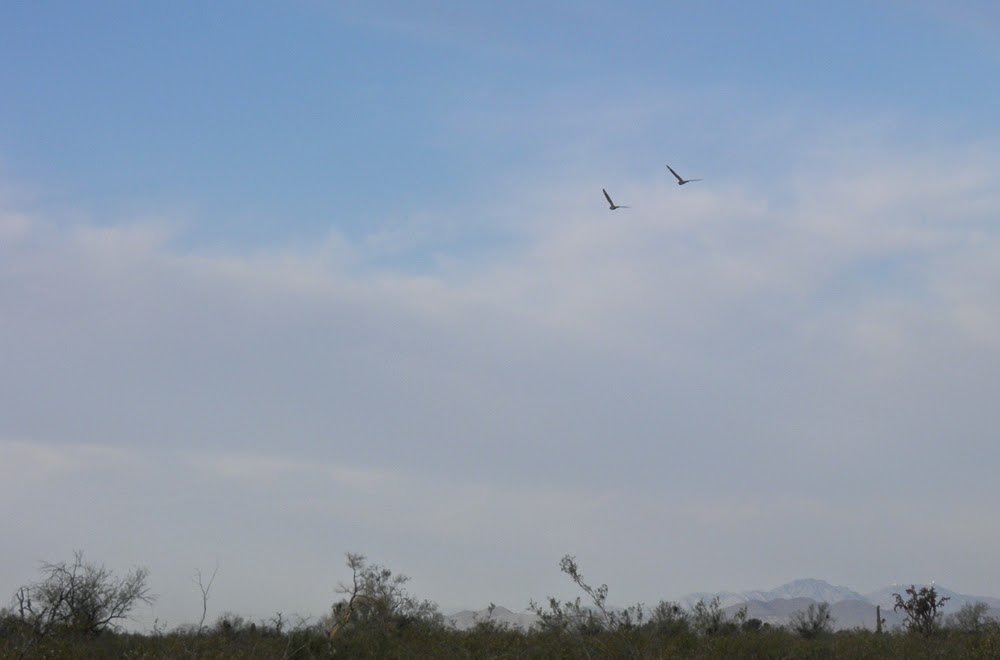 The first one flew slow, swooping loops and circles around the area, the second one followed so closely and moved in such synchronization that they seemed linked as one. This aerial ballet went on fore quite a while. One of the birds was purring continuously, the second one was making complicated, nasal-sounding calls. 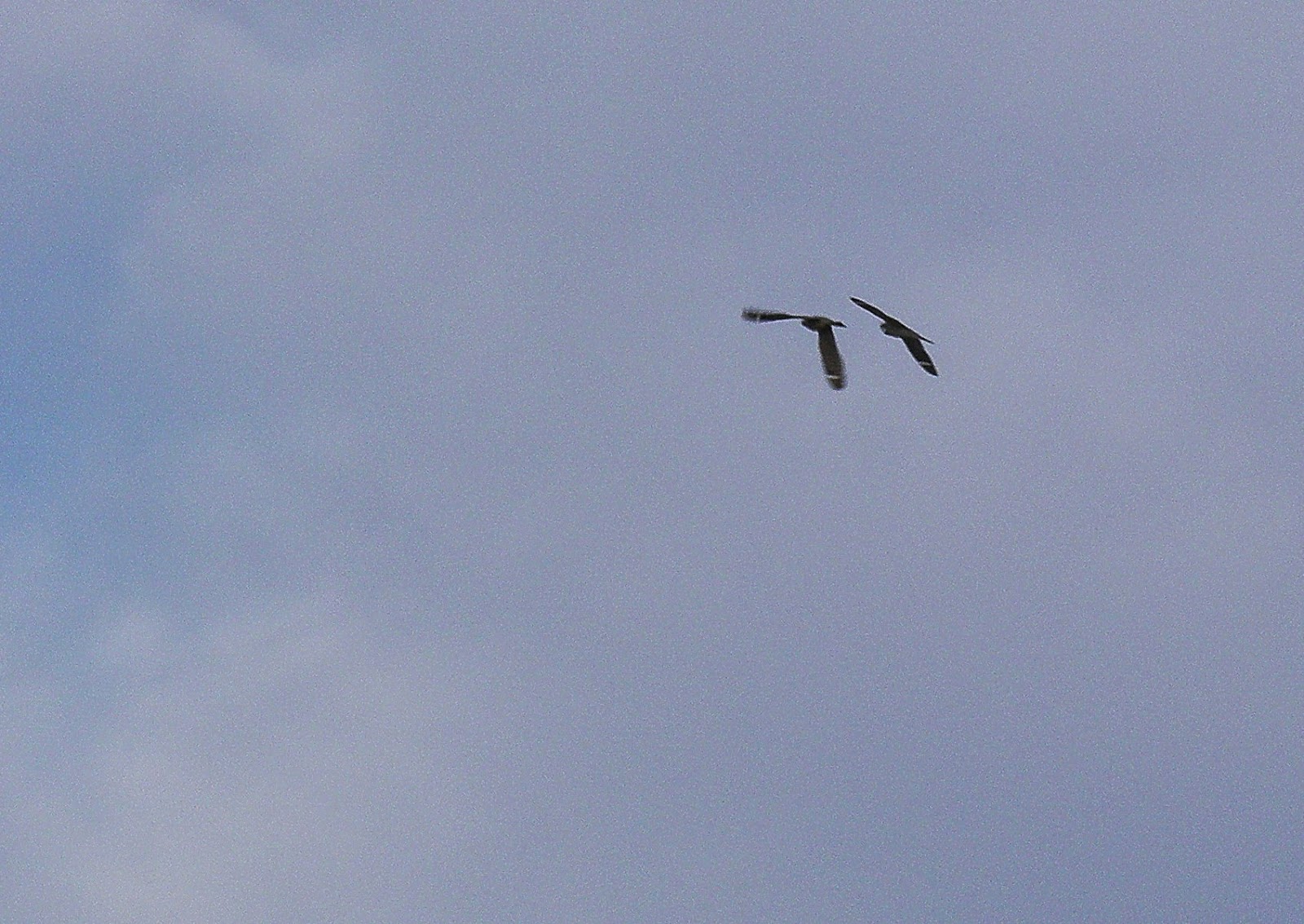 The gular (throat) area of the larger pursuer - the male - was white and extended when he called. It's visible in the larger version of the image above.
All over lovely to watch but very hard to photograph against the grey morning sky. Incidentally, it stayed overcast all day and we never reached those record temps.
Posted by Margarethe Brummermann at 2:49 PM