Just some Backyard shots from May 2014 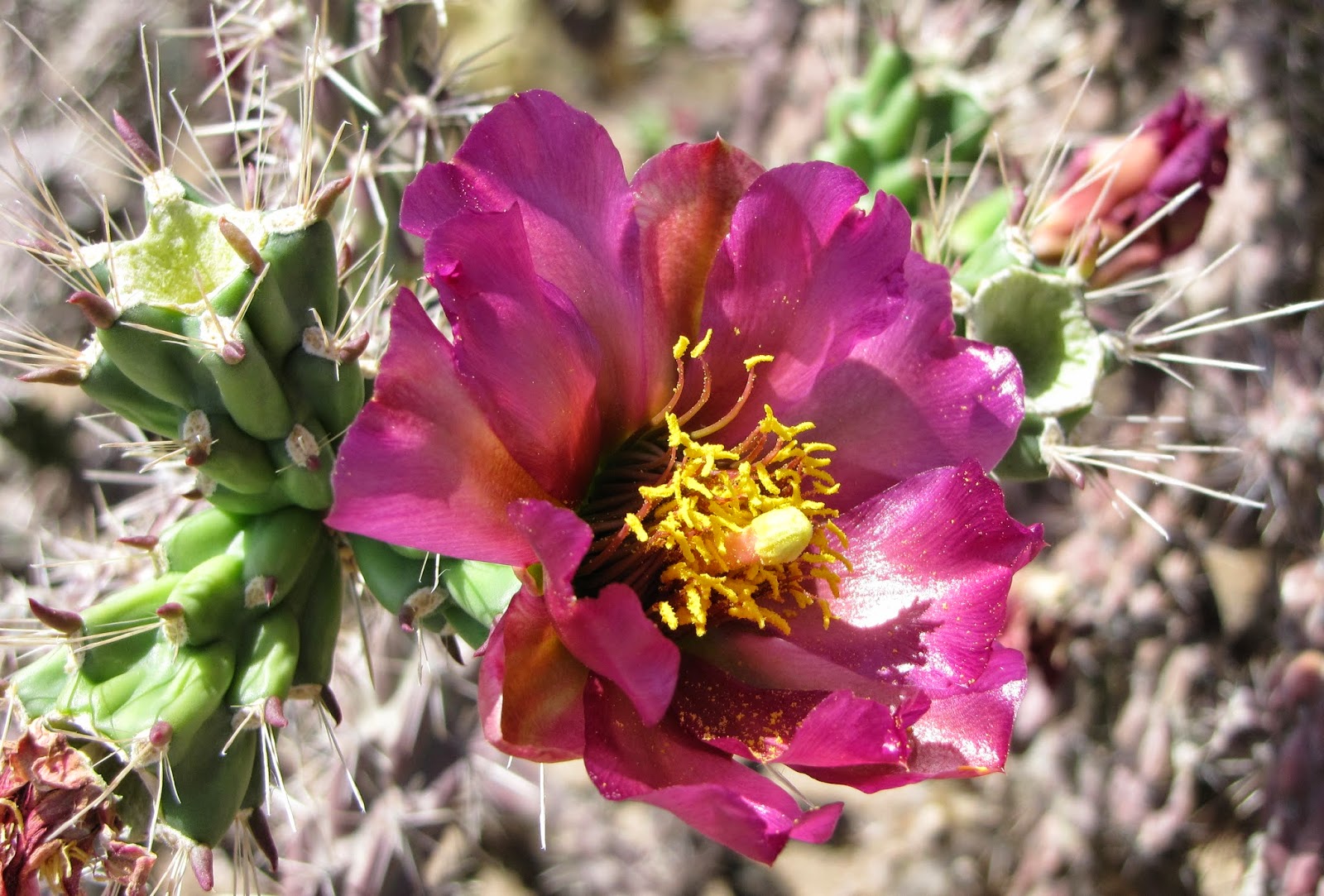 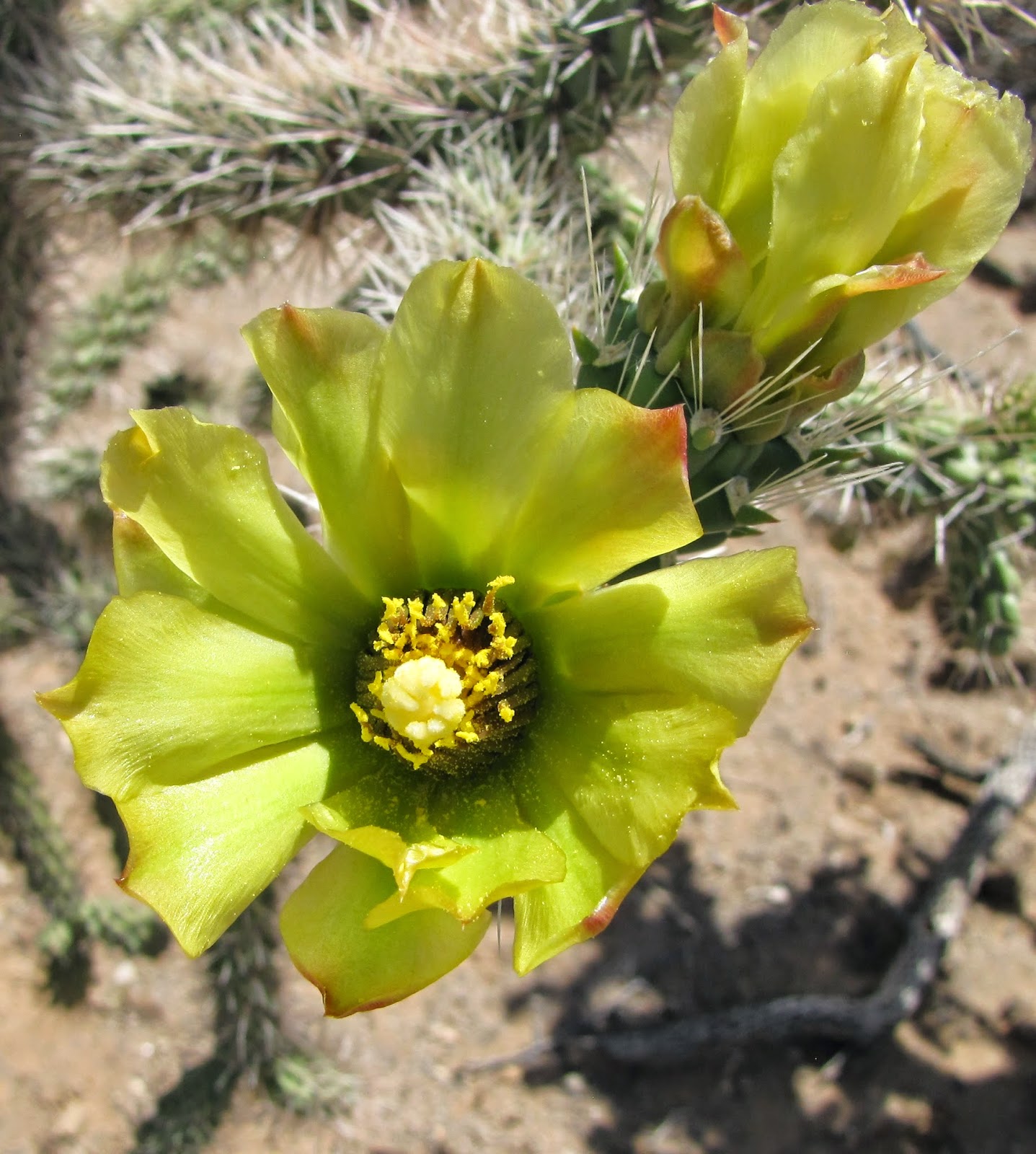 Many different species of Chollas are spectacular and very colorful. But we've certainly had years with more flowers. 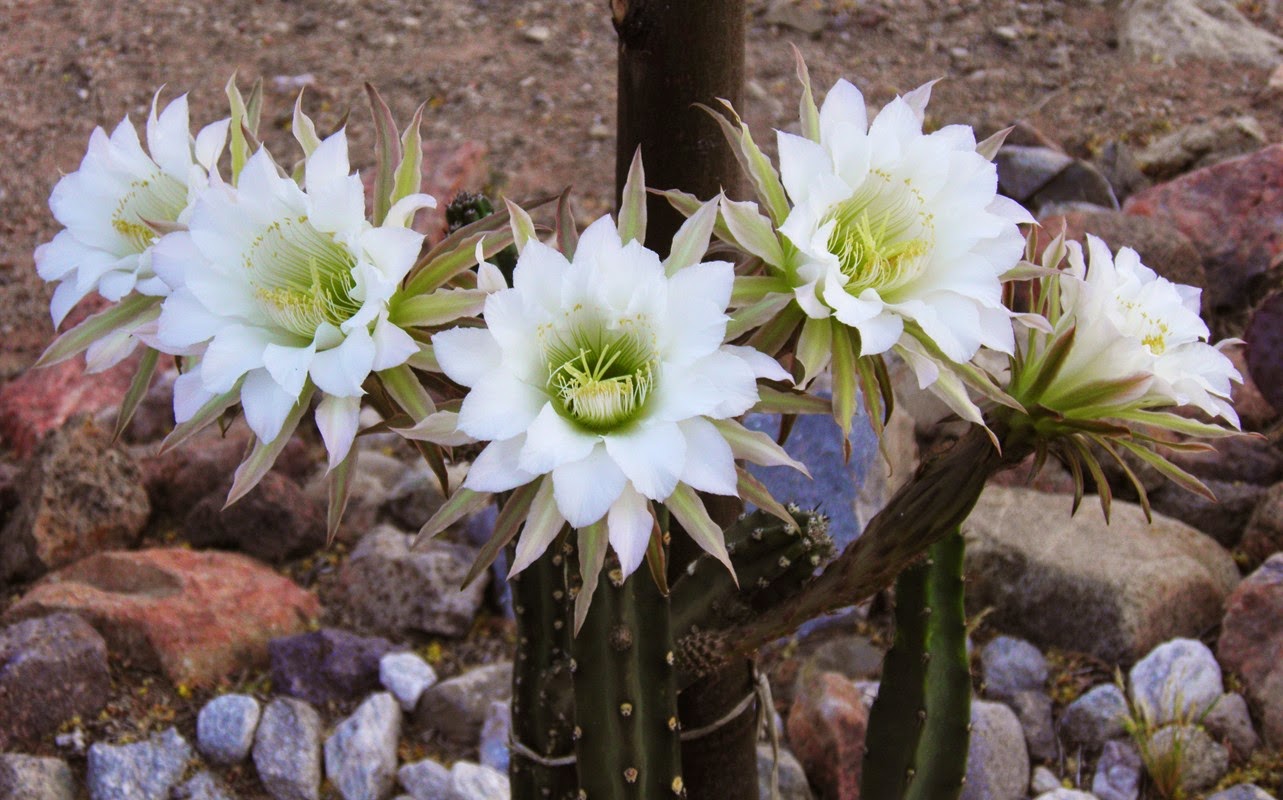 This night-blooming climber came as a seed from the desert museum. Between javelinas, packrats and bunnies, it never seems to reach climbing length here, but so far its circumference rivals that of the young mesquite tree it's leaning against. 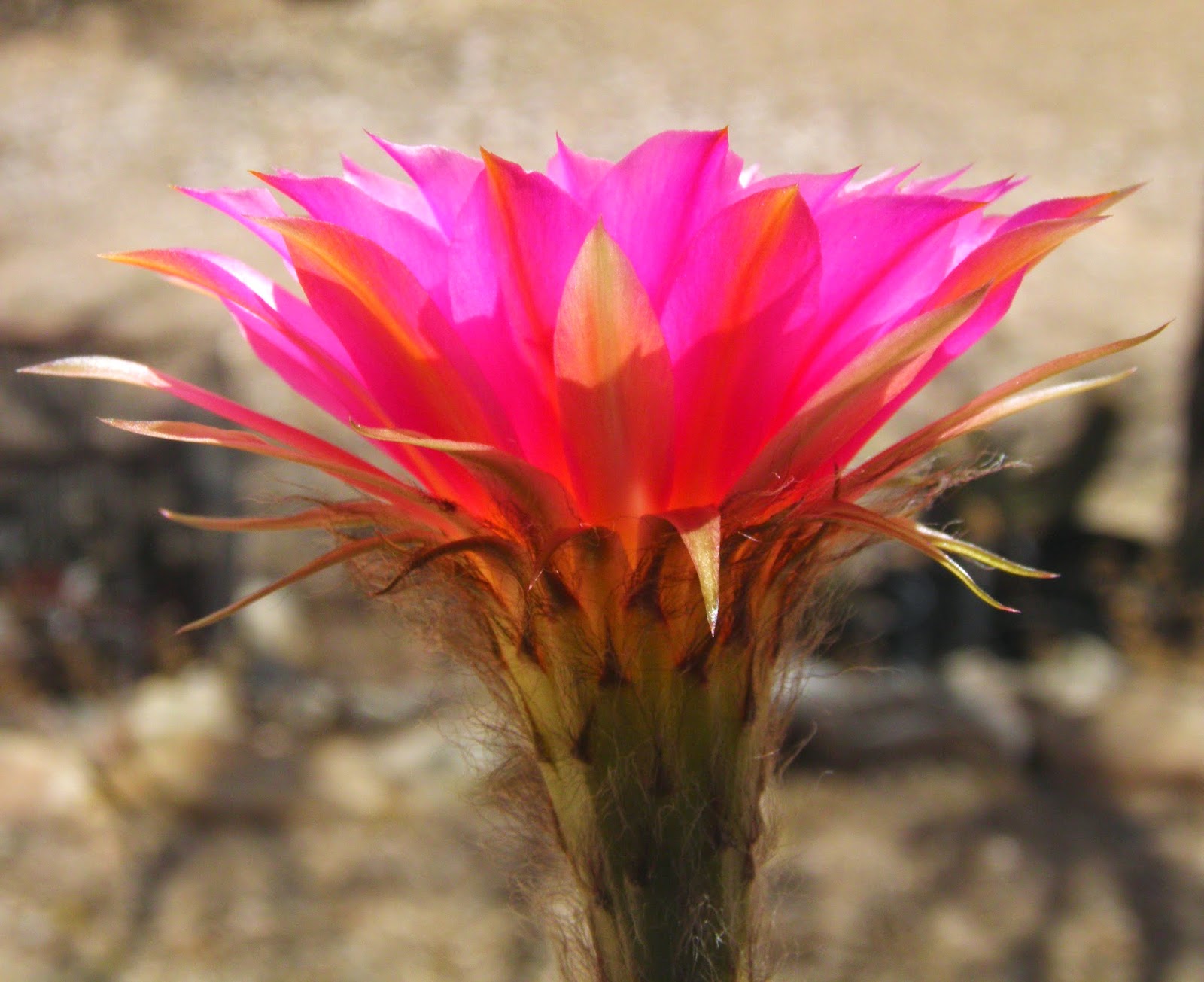 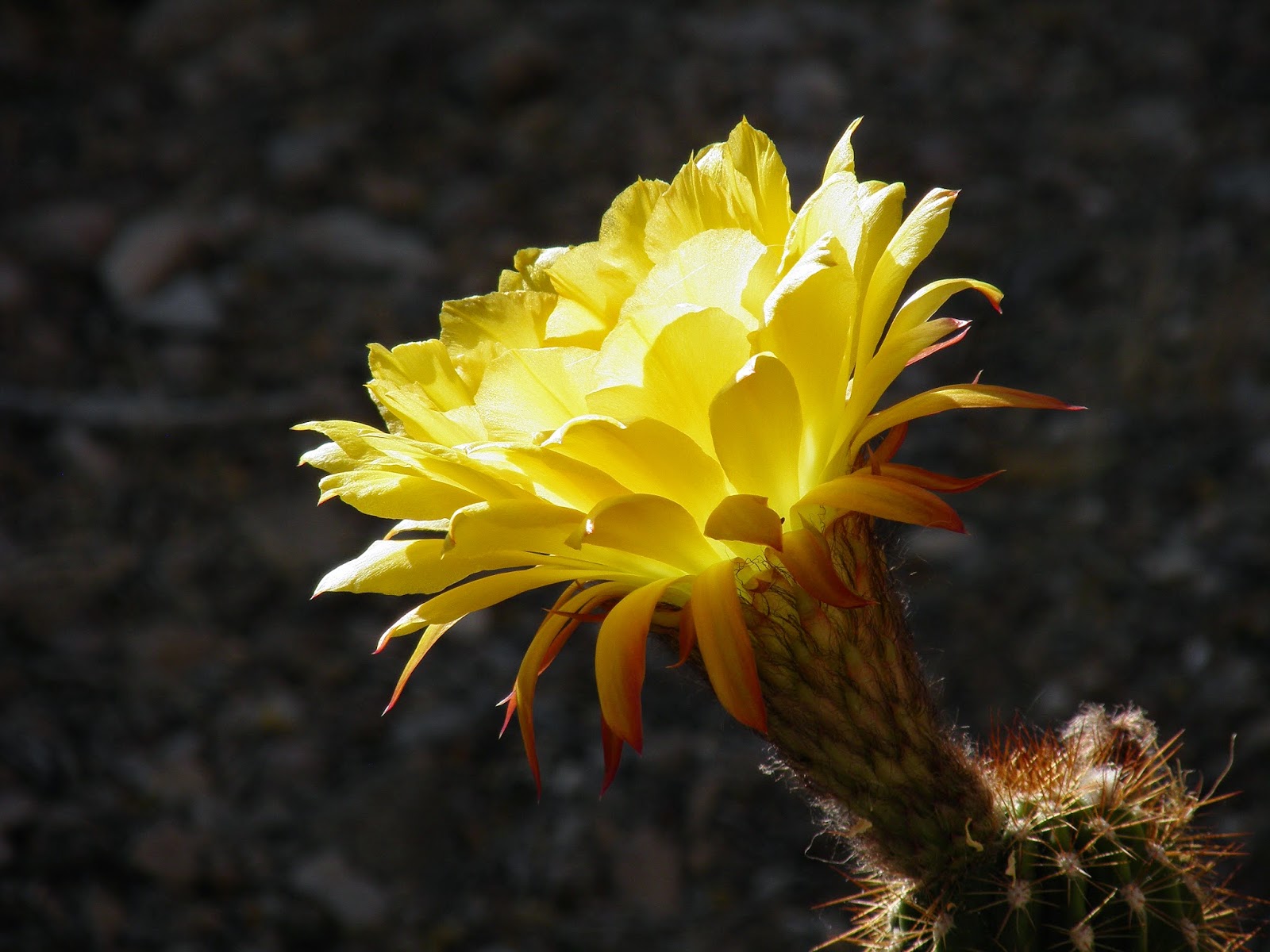 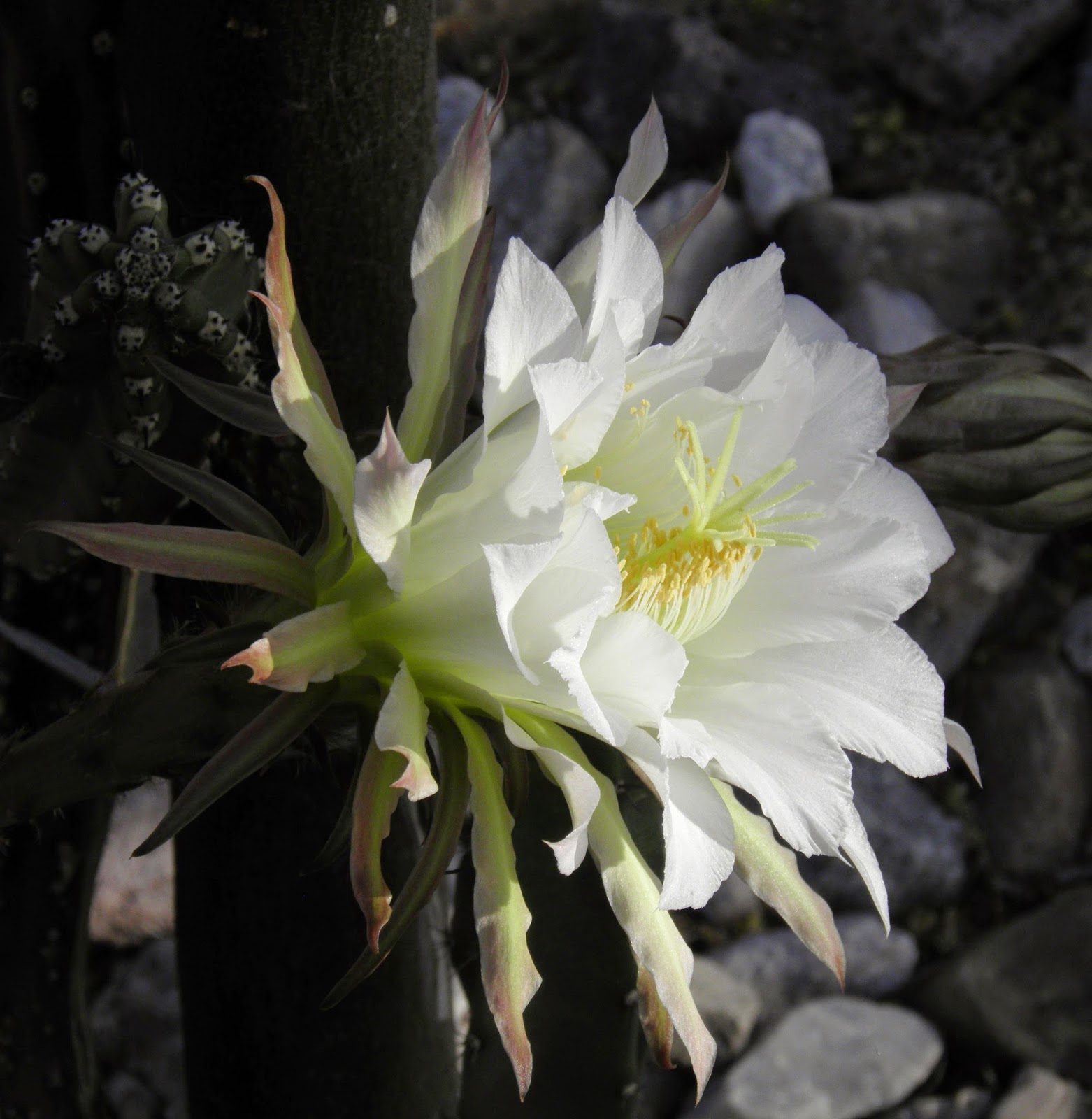 Most of my potted Trichocereus cacti bloomed while I was in Mexico. But I got to see a few stragglers. Very pretty this year.

This guy was trying to claim the area around the bird feeder as his territory.  A sisyphean task. He was panting heavily even though the temperatures had dropped to the seventies for some days. 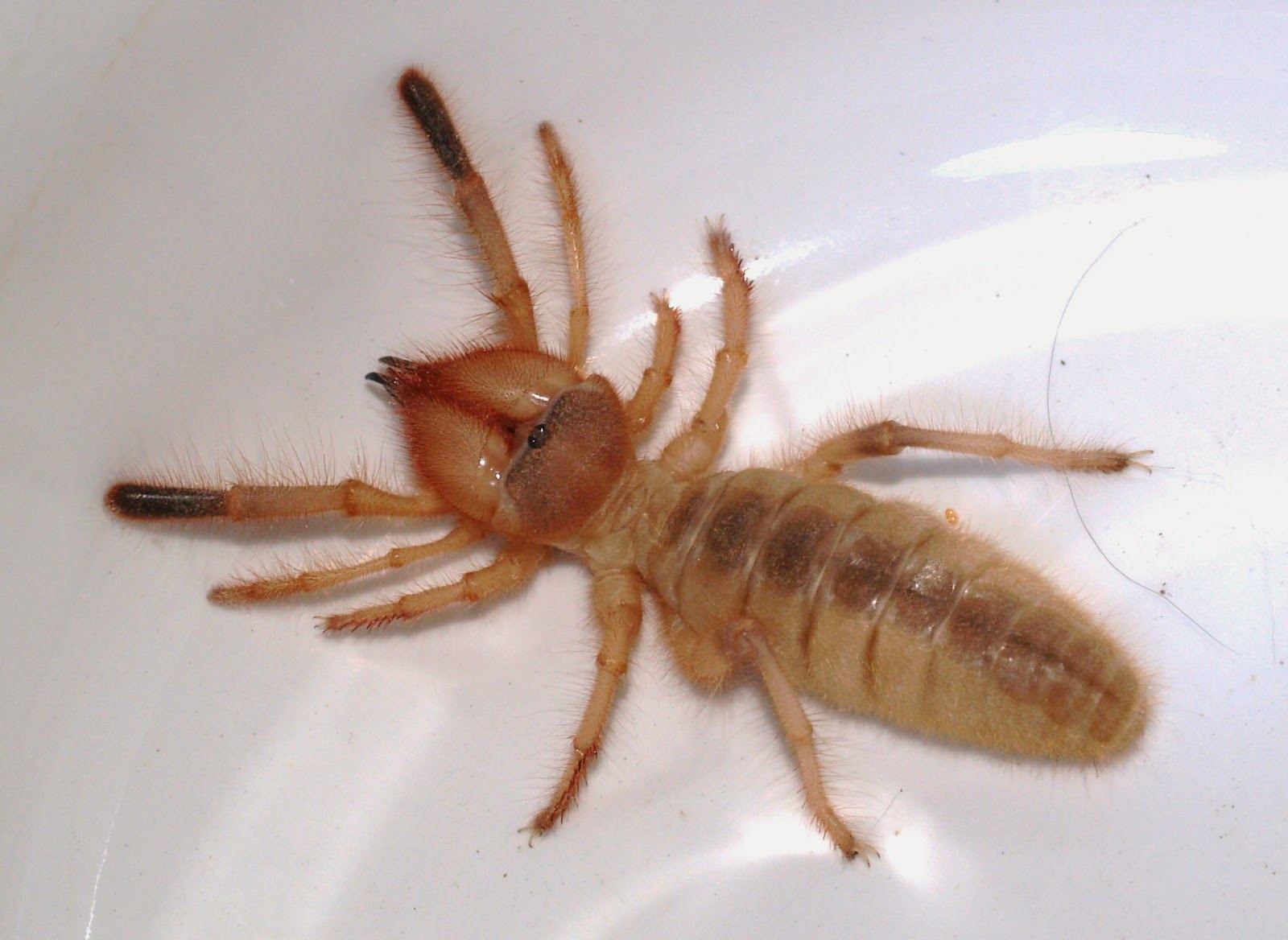 This female Solfugid turned up right next to Randy who likes sitting  on the floor in the living room when we watch movies. She seemed to share our taste for old BBC stuff. It figures: at over 2 inches, she has to be an older lady. 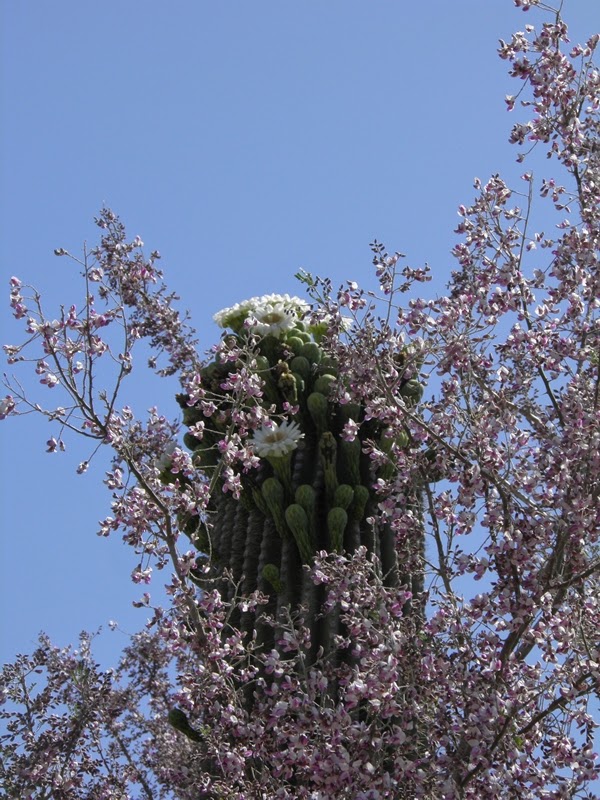 Ironwood and Saguaro in bloom: This year they overlap beautifully and the Foothills Palo Verdes are still contributing their subtle yellow glow. A beautiful spring
Posted by Margarethe Brummermann at 12:46 PM