Backyard Black Light in May 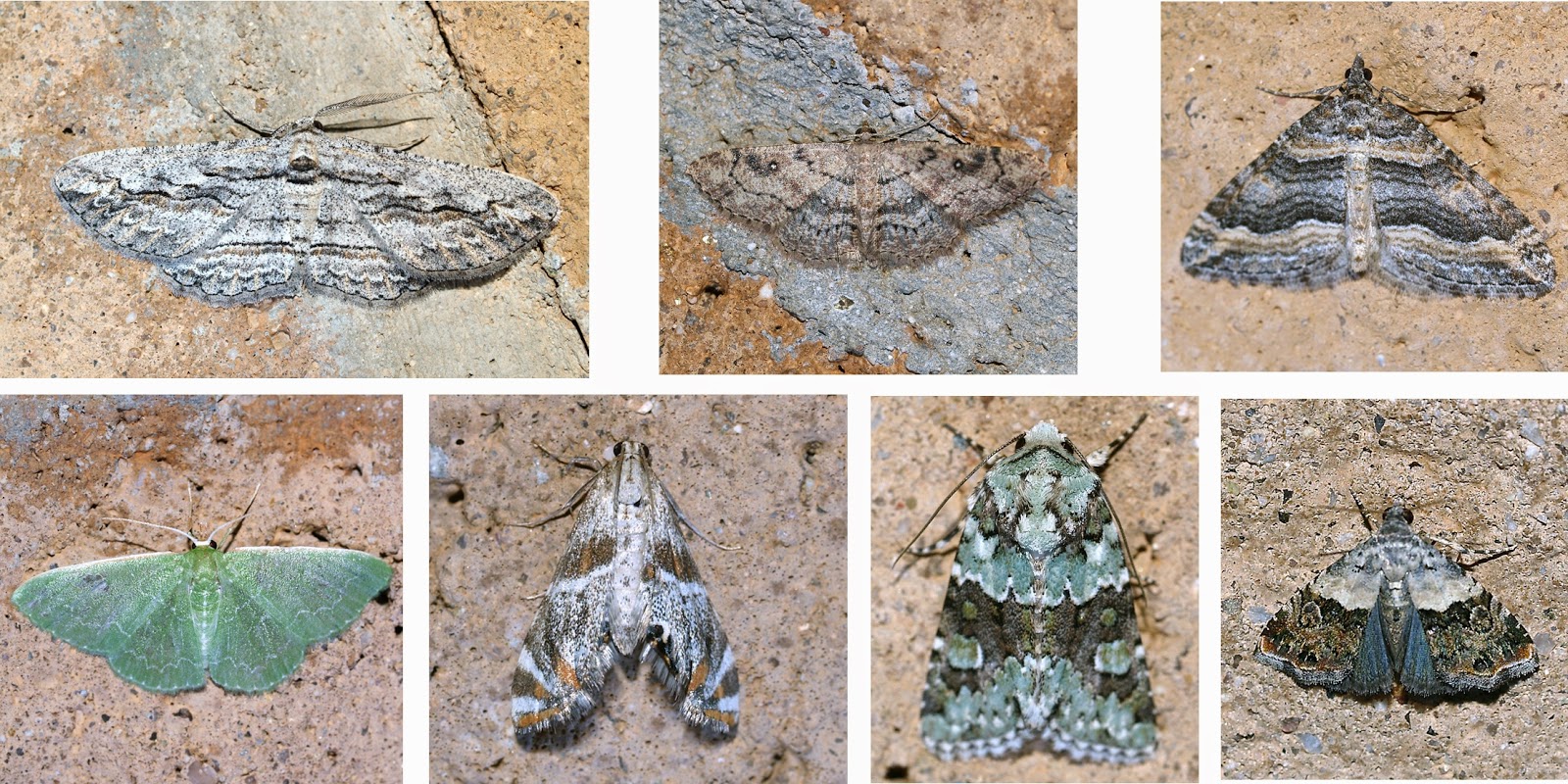 At the beginning of the arid, hot pre-summer in the desert, our moths are small but intricately patterned 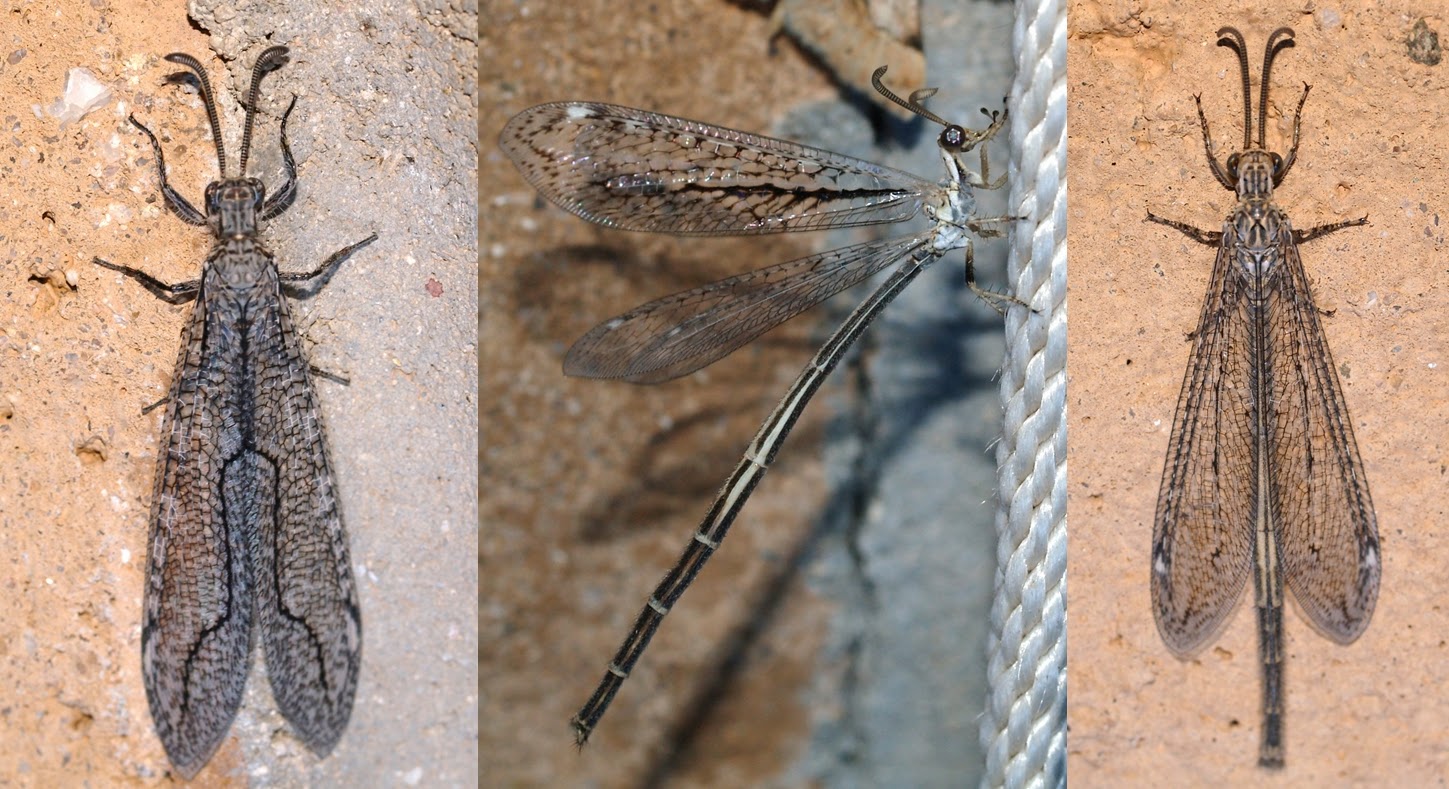 Graceful adult Antlions hang around, recently emerged from the pupal stage of pit-trap building, ant-eating doodle bugs that gave the group the name. 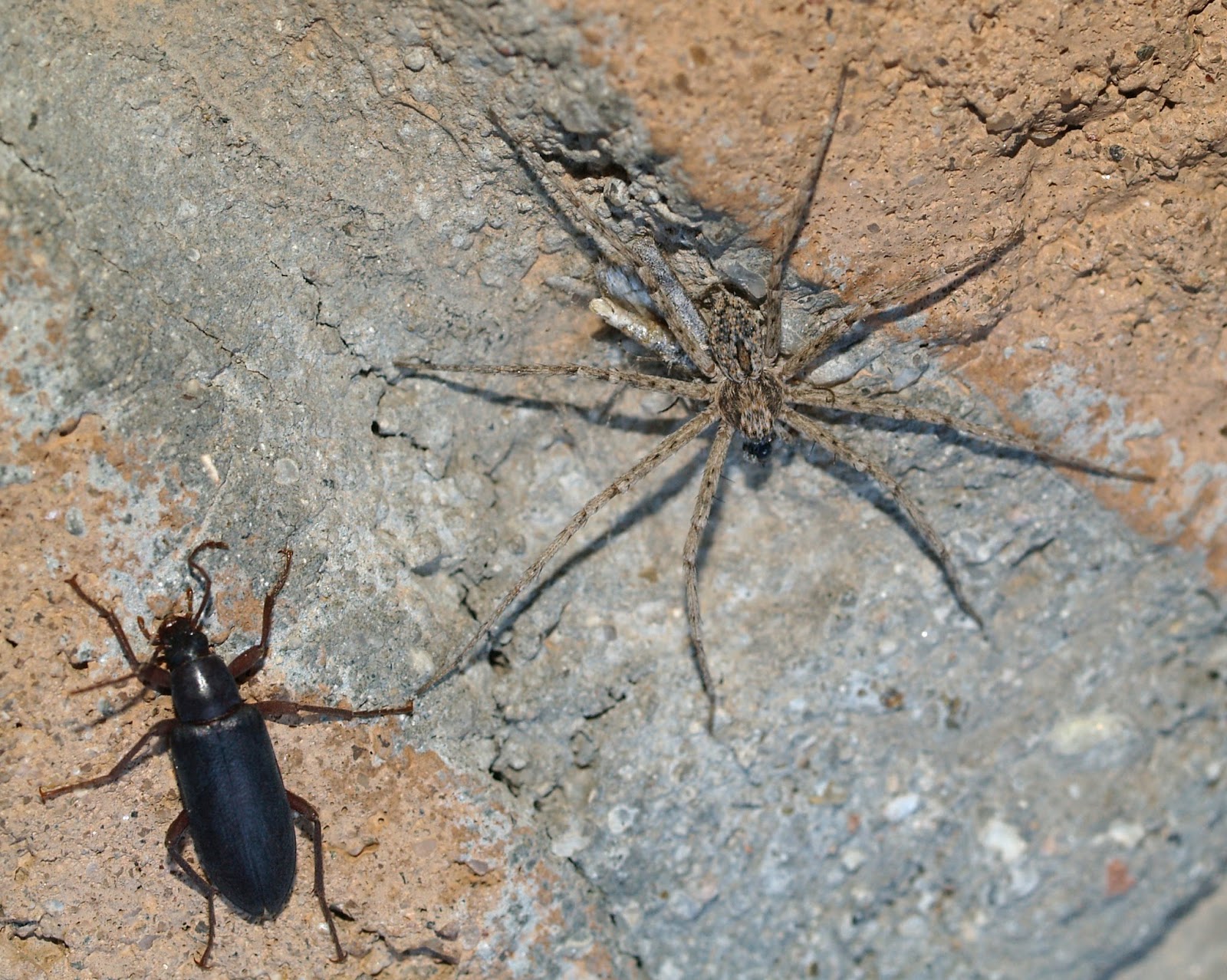 The Running Crab Spider is probably a harmless neighbor for the Darkling Beetle Eupsophulus castaneus. The beetles mate  is a tap dancer. He uses his whole body, not his feet, to produce a 'tatatptaptaptap' that can be heard several feet away. 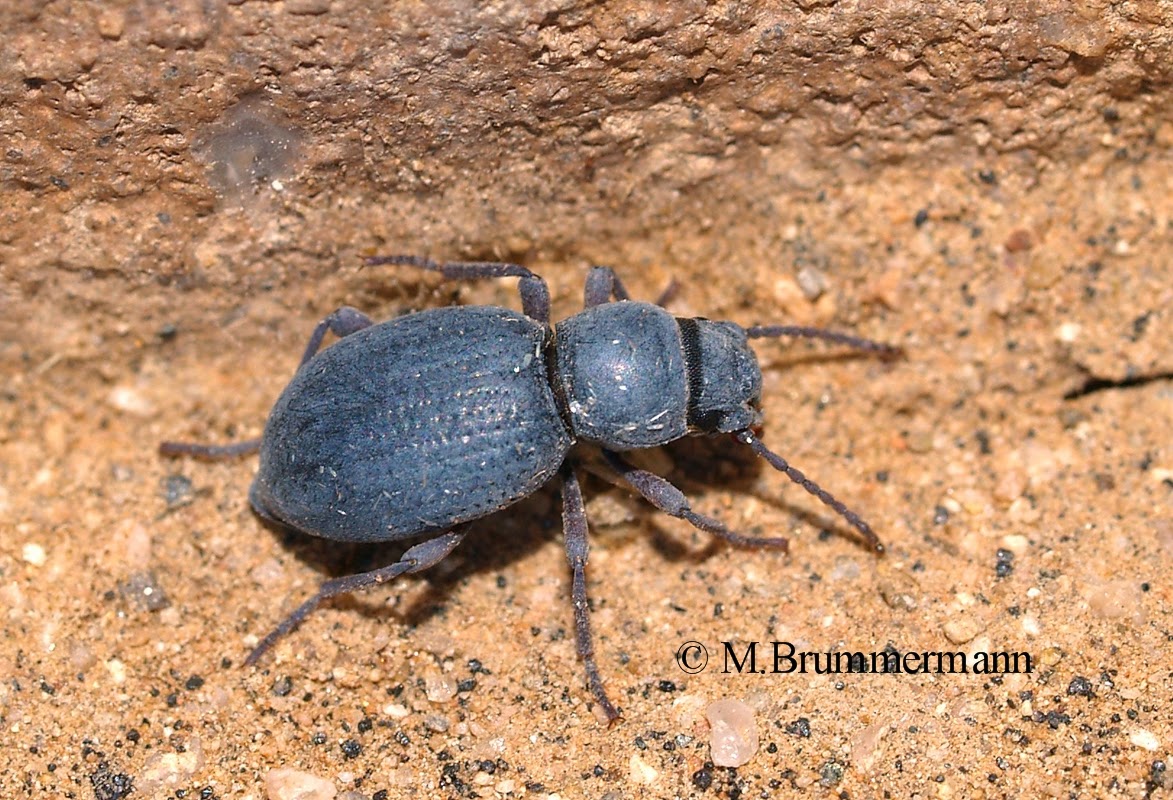 Darkling Beetles of the genus Triorophus emerge covered in a waxy blue layer that wears of as they age. 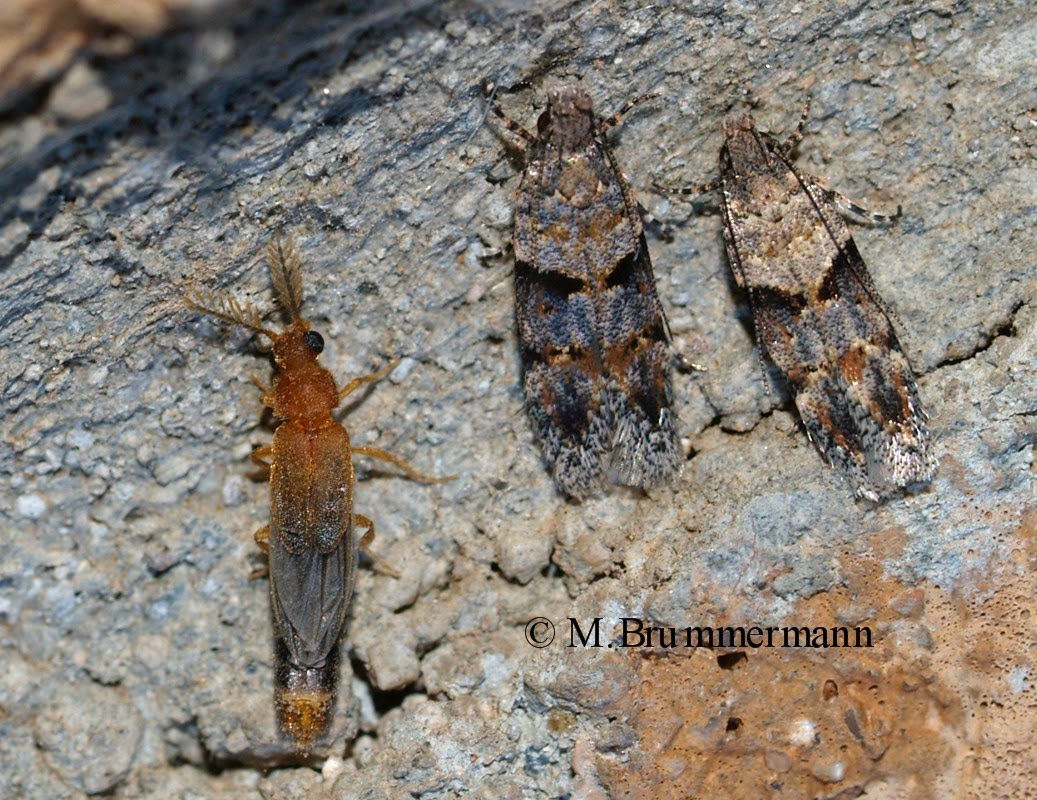 A male Glowworm Beetle, Distremocephalus opaculus is winged and has feathered antennae, but no functional mouth parts. The larva-form females may, like the larvae, feed on millipedes. The Twirler Moths, Faculta inaequalis, may be  responsible for the tubular webs that I noticed a couple of weeks ago around the twigs of Palo Verde. 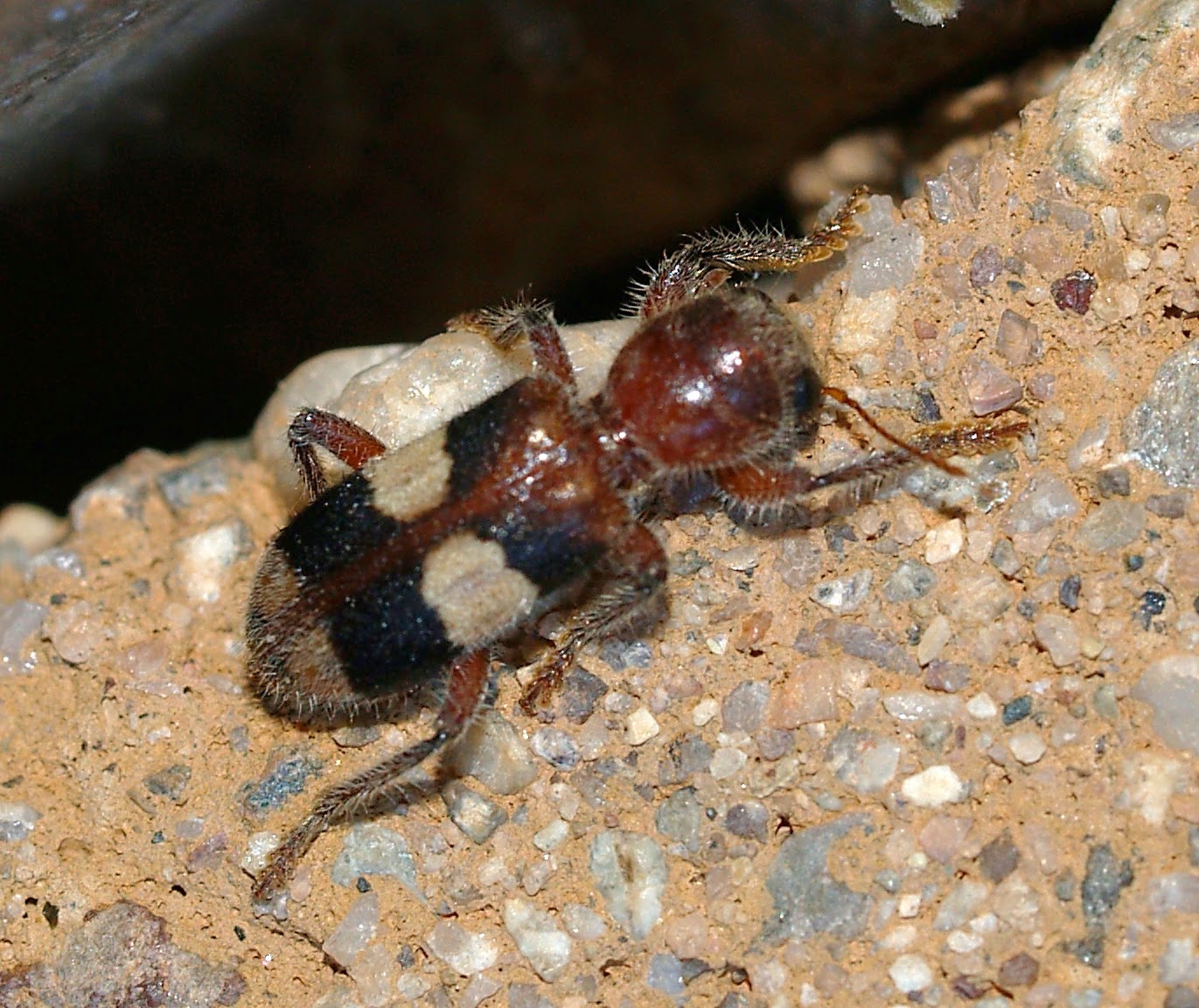 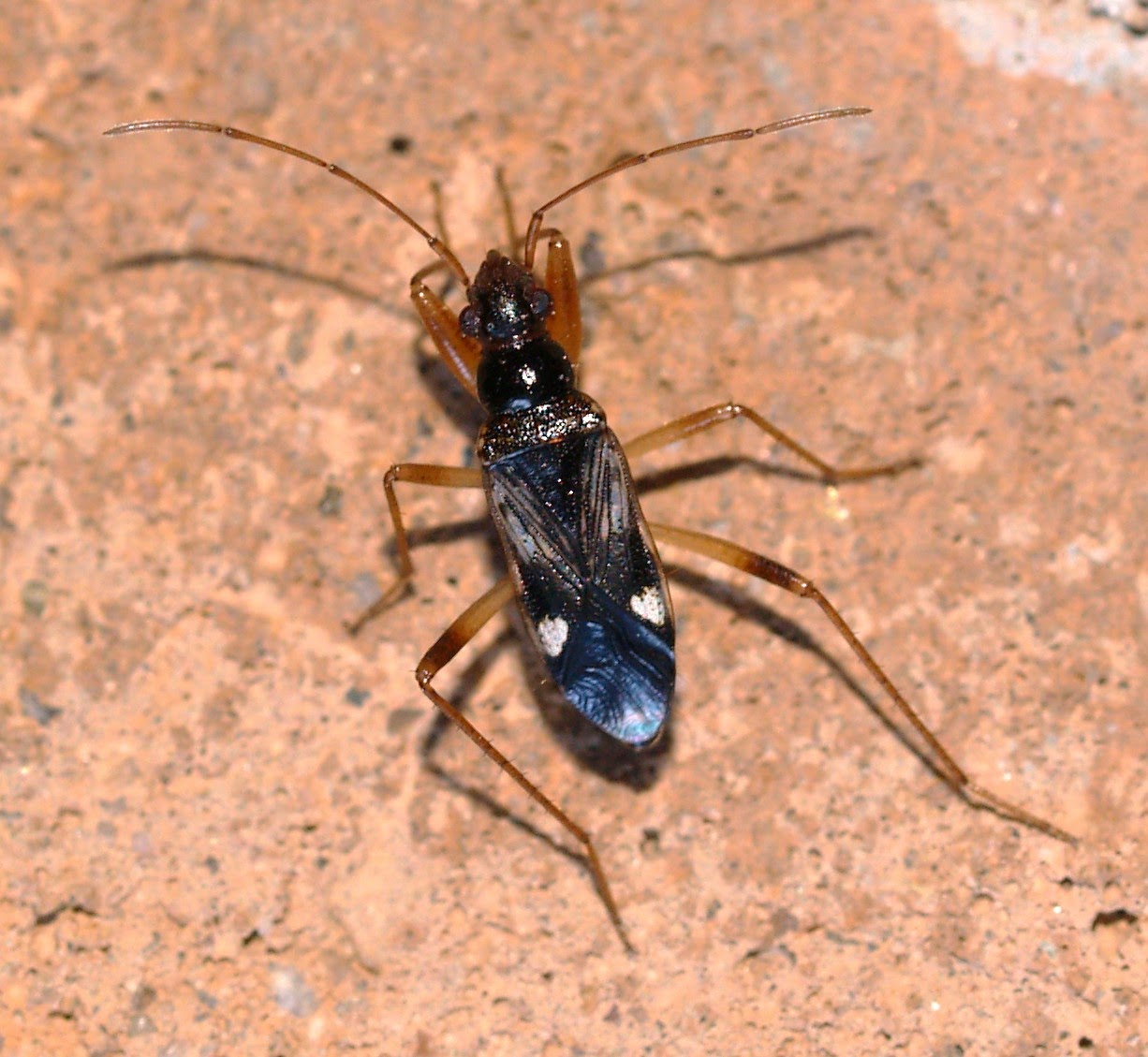 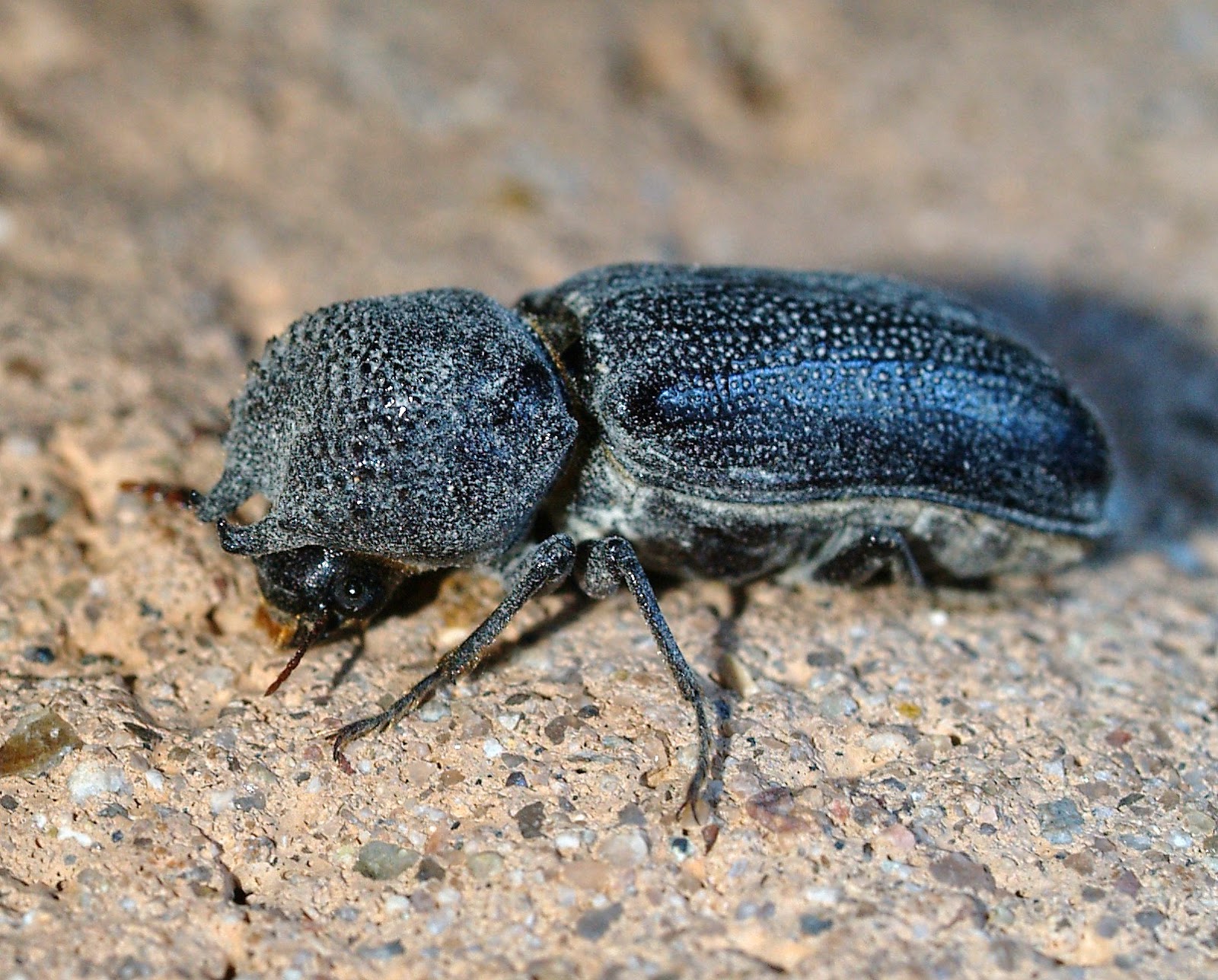 Apatides fortis (Horned Powderpost Beetle). We leave dead trees lying around so all borers, cavity breeders (bees), macro-shredders and decomposers get their natural turn. Just before the dead wood finally falls victim to termite activity, there are still Bostrichids like Apatides emerging from their big, saw dust filled tunnels. Once I placed freshly wnd broken Palo Verde branches into a tight box to catch everything that emerged.  First I got buprestids and a few cerambycids. But up to three years after the wood was sealed in A. fortis still emerged. So the female had not oviposited  on very old dead wood. The development of the larvae just took so long.

On 5/16 the night was quite warm (daytime temps close to 100F) and it was slightly overcast. The summer scarabs began to appear, especially Acoma emerged in great numbers. Males only. I've never found a female. Hybosorus illigeri is a Scavenger Scarab Apparently introduced into the U.S. prior to the 1840's from Europe

Sonoran Desert and Red-spotted Toads are faster at my black lights than I. They can live for more than 20 years. So they are probably old acquaintances from all those years of bug collecting at our garage wall.
Posted by Margarethe Brummermann at 11:59 AM