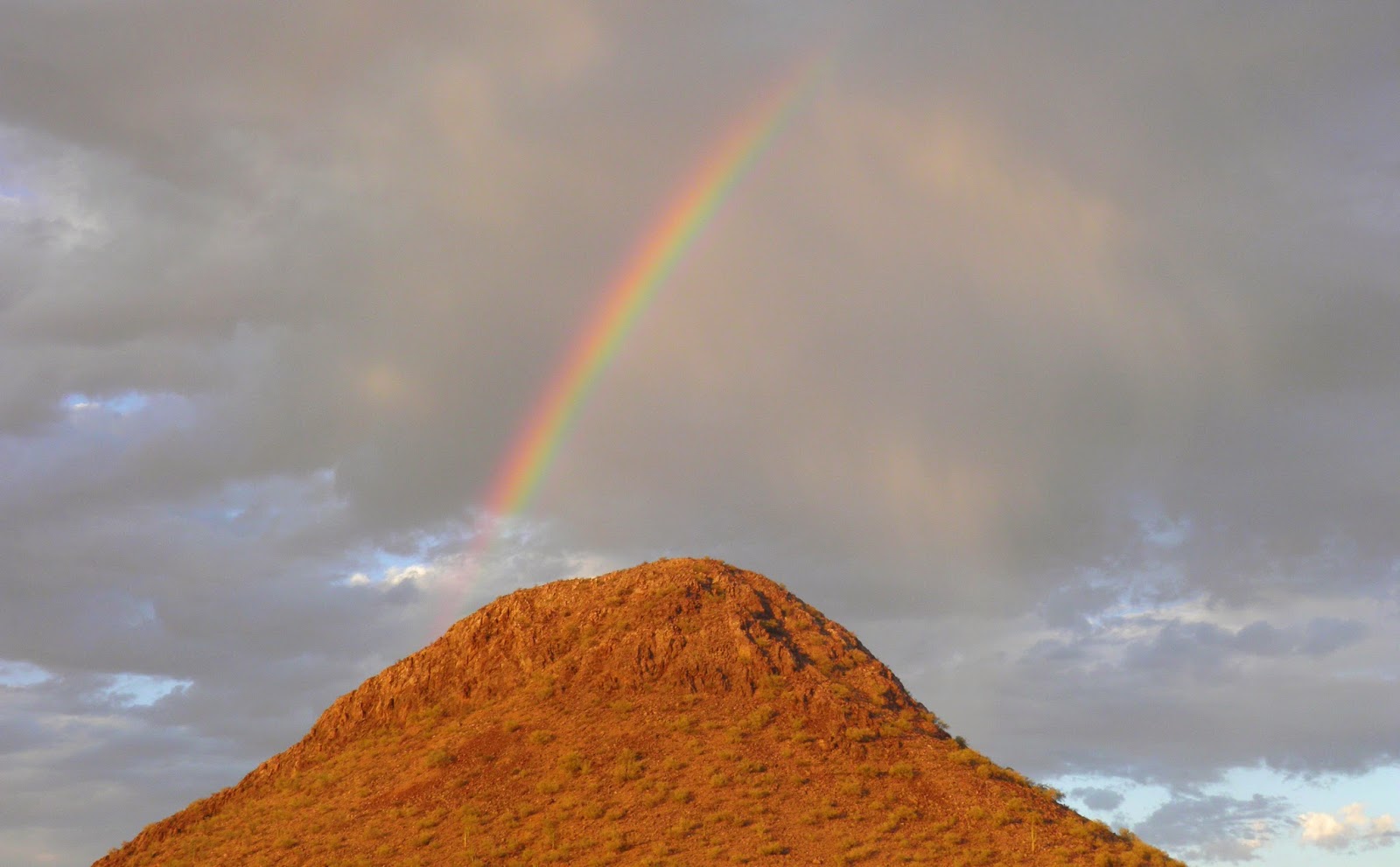 Around mid-June there was a drop in barometric pressure, clouds piled up over the mountains and some parts of town celebrated the first showers and even hail. All we got was a partial rainbow  that did not quite fit into the same frame as the spectacular raising full moon.

But some insects got the message. Some male Palo Verde Root-borers appear now every night at the black light. They are over 2 inches long, but much smaller than the females that will probably show up soon. Other summer longhorn beetles are still around and some of the spring species are reappearing.
Typical Midsummer Longhorns are the tiny flighty Methia sp. with very short elytra.

There really has not been a mass emergence of any scarab species this year. Remember, I am in a very dry part of the lower desert and things may look different in the mountains or in Cochise County. The few species that I described in May still turn up sporadically.

The only typical June Bug that scrambles over the gravel of our driveway in numbers is Phyllophaga scoparia. At least two Diplotaxis sp. are present and as usual very hard to identify.


Here is a Blister Beetle: A single individual of Epicauta sp. appeared on June 16. This could be Epicauta subgenus Macrobasis hirsutipubescens. 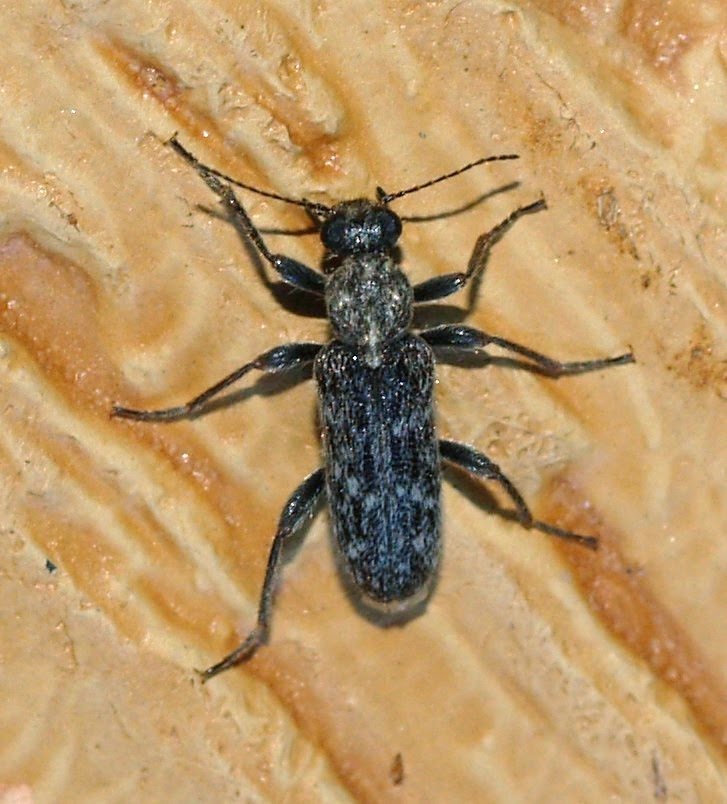 Anthicidae (Antlike Flower Beetles) are well represented this time of year, from the tiny very antlike Vacusus confinis that gets through every insect screen, to the genus Notoxus, recognizable by their cowls to Duboisius arizonensis which are unusually big for this family.

When photographing at the black light, I pay attention to a lot of very small insects that might not thrill the collector. A decent macro-lens give insight into groups that may challenge the resolution capacity of many peoples eyes. Most of the beetles I am showing here are in the range between 2 and 7 mm and they are members of many different families.

There are also many True Bugs like Cicadellidae, Miridae and Coreidae, dozens of different species of Mutillids (wasps), alate ants and a few earwigs.

Posted by Margarethe Brummermann at 4:19 PM