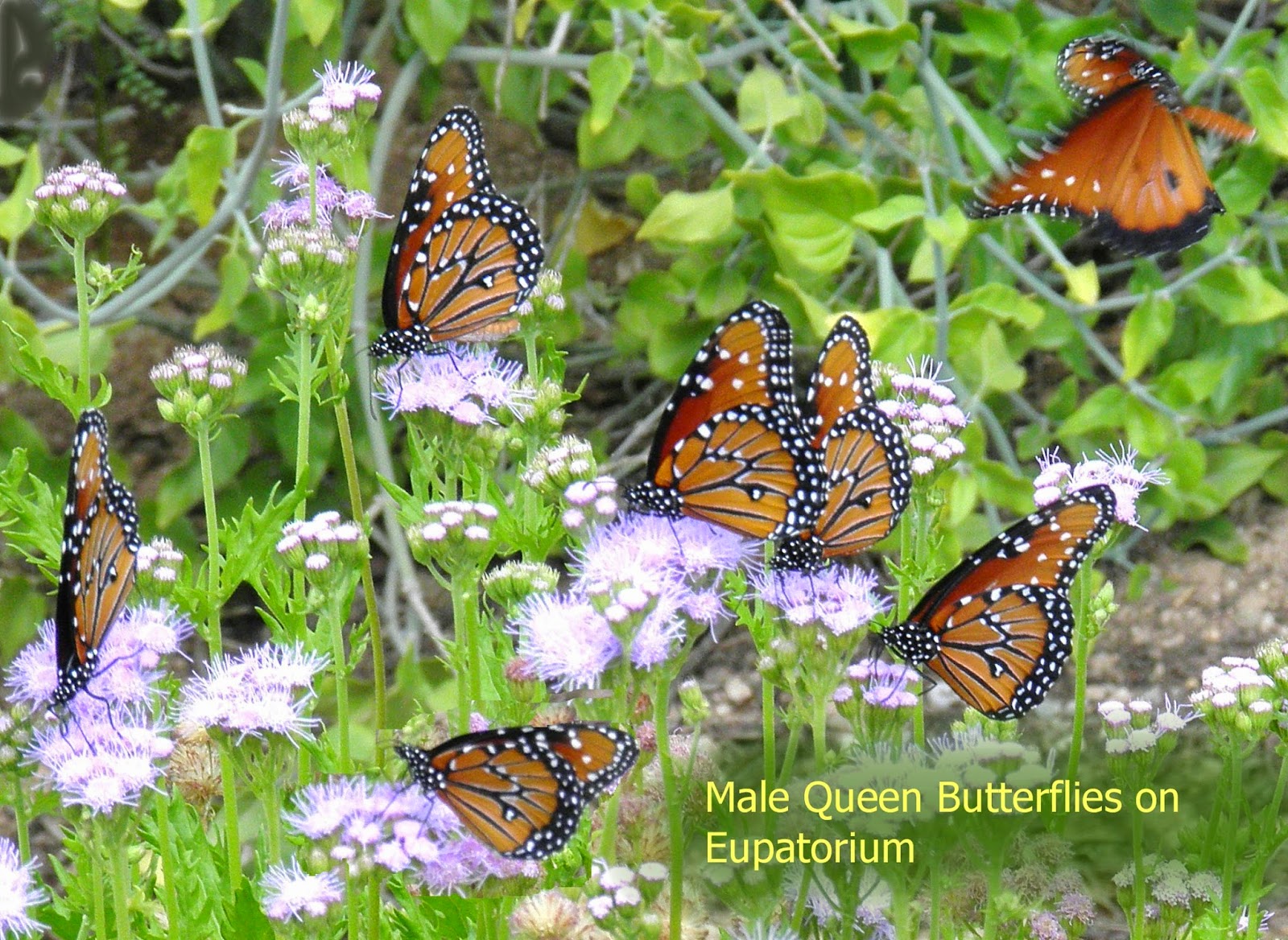 Butterfly Mist, Ageratum (Eupatorium) corymbosum, is blooming again in Tucson's gardens. Butterflies in the genus Danaus are visiting in great numbers. Most of them are Queen Butterflies (Danaus gilippus), but the occasional Monarch (Danaus plexippus) also shows up. Are they after nectar? But why just these two species but only a few individuals  of other groups that like it sweet?

Looking more closely you'll find that the Queens and Monarchs are nearly exclusively males, recognizable by a black spot (scent-scale patches) on the hind wing that's missing in females.
Aggregations of Danaus males can be found on several flowering plants - as far as I know all of them composite flowers that are related to Butterfly Mist. 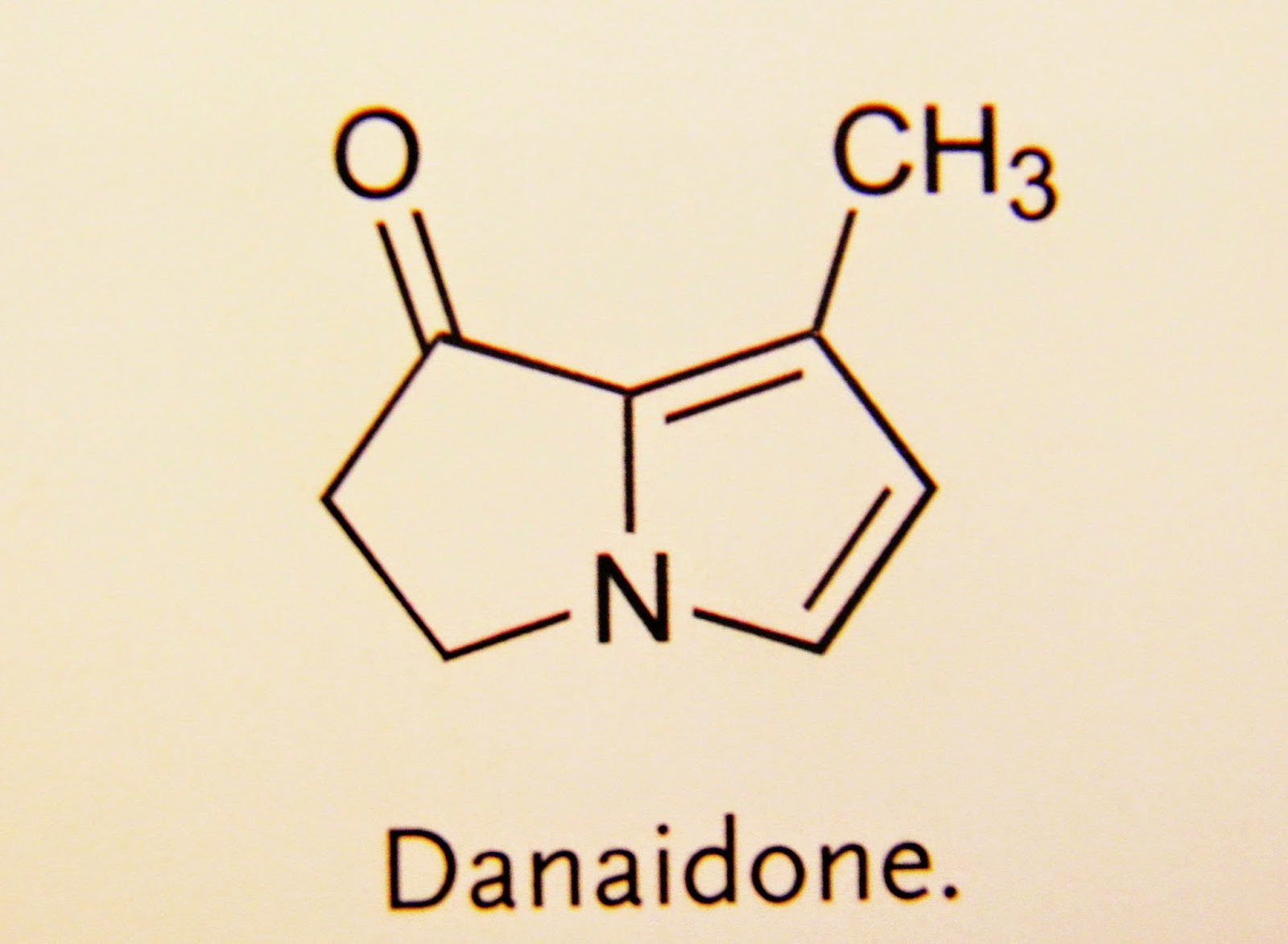 In their nectar, the plants provide a pyrrolizidine alkaloid that male danaines (Monarch, Queen and relatives in the subfamily Danainae) need to produce danaidone. Danaidone is the substance that the coremata (Pheromone glands) of the male release to attract females. It works: in experiments males with access to Ageratum had much more mating success than those without, but artificial addition of danaidone to their coremata immediately made those poor guys as acceptable as the Ageratum feeders. 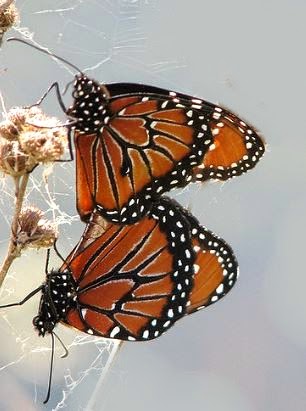 But we are not just talking about a pretty perfume here. The fragrance advertises a very real gift that the male has to give.  During mating, the alkaloid is transferred from the male to the female, and she then transmits the gift to the eggs. (should I add that in the typical gender stereotypical way he shares just 60% of his ingested alkaloid but she passes on 90 % of her share?


In eggs and very young caterpillars the inherited alkaloid functions as a defensive deterrent against predation. This protection may last until the caterpillars have ingested enough milkweed toxins (cardiac glycosides) from their host plant. They sequester the glycosides in parts of their body (exoskeleton) and even carry them over into adulthood, providing lasting protection from predators.

I speculate that the alkaloids are better protection against ants, predatory bugs and other insects that feed on small prey while the cardiac glucosids are targeting birds and mammals that may seek larger prey? I have repeatedly seen adult Queens in the clutches of Mantids but experienced birds reportedly leave them alone.