At the Coachline Gravel Pit in Marana 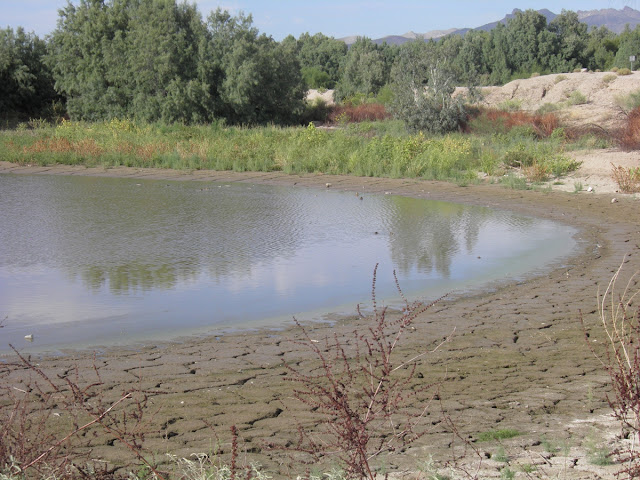 Earlier this year, the Santa Cruz River jumped its bed during a flood and started rushing into an old gravel pit in Marana (Pima County, Arizona). Bird watchers were delighted, Frisbee golfers who had their parcours  there were not, but resigned themselves to a course and stations under yards of slightly smelly water. That water quality seemed a problem to me. High in nitrogen, it favors invasive plants over the local desert vegetation. The site attracted migrating water birds and birders, but was otherwise as disturbed as I've ever seen an area. Eventually the river was forced back into its bed with a dam of sand and seeping and evaporation lowered the water level considerably. But, different from previous years, the pond never dried up completely. 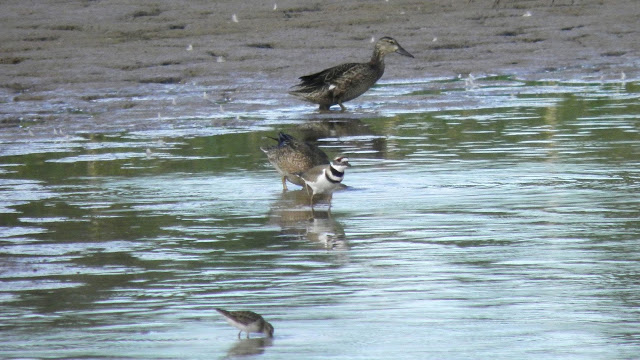 When I visited yesterday, I first scared up a Cooper's Hawk from the ground. Above, a Harris Hawk drew clumsy circles. Killdeer screamed, and a flock of 'Peeps' swooped back and forth. 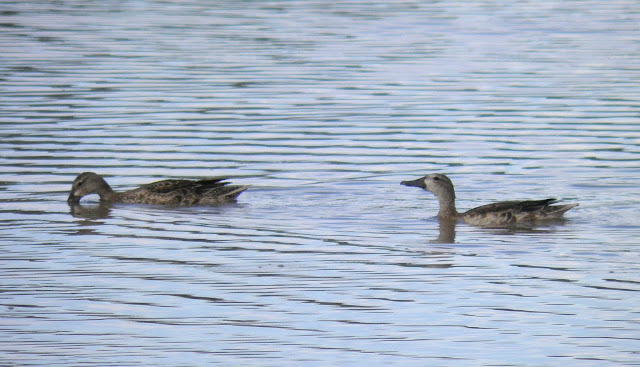 On the water, there were some Northern Shovelers,  a few Mallards, and two small ducks that I could not identify because they are all in their drab summer dos. 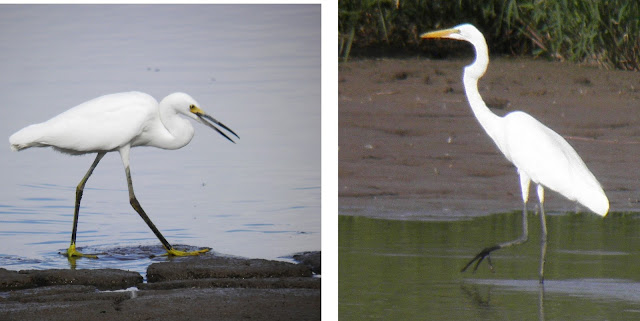 Egrets were strutting, along the muddy bank, more coming in for early roosting spots. 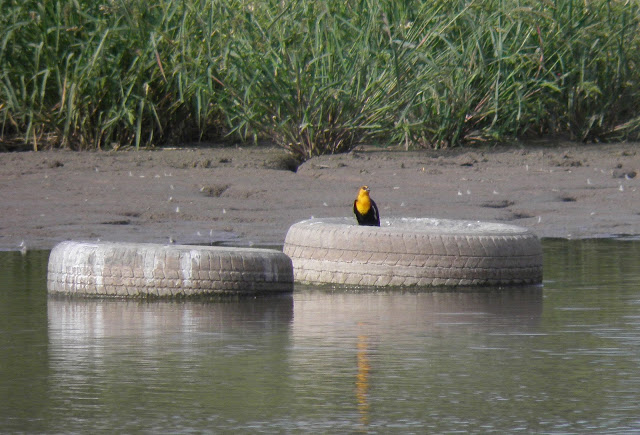 A single Yellow-headed Blackbird perched on some old tires. Only one Vermilion Flycatcher alternated between perching and swooping over the water - very much like some of the dragon flies. I saw Mexican Amberwings, a Darner, Black Saddlebags, Variegated Meadowhawks, Roseate Skimmers. 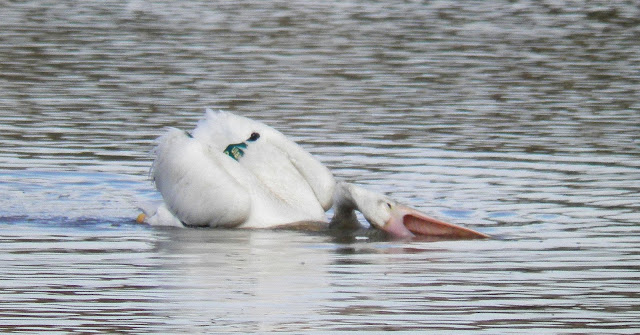 Flapping of heavy wings and a lot of splashing drew my attention back to the water: a single White American Pelican was cruising there, trying to fish in the muddy water that was quite obviously to flat for his big beak. Still, he must have gotten something because he kept going. 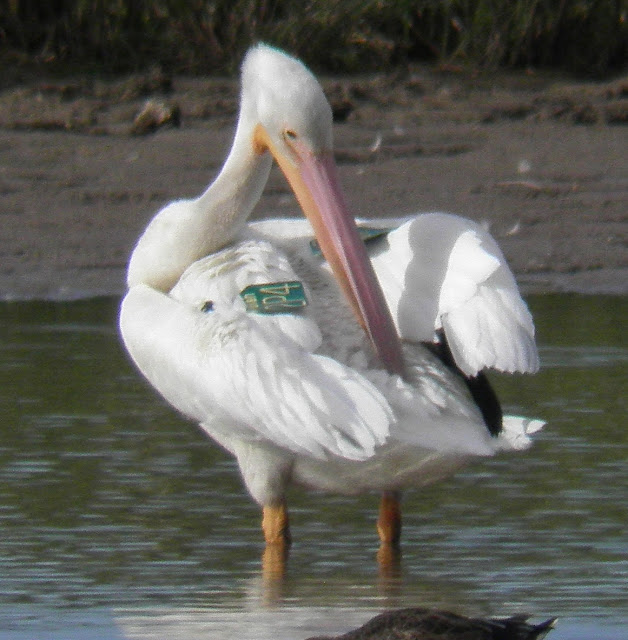 After his meal, he thoroughly preened and I got a better look at his wing marker. I reported the number later to the Utah Division of Wildlife Resources. 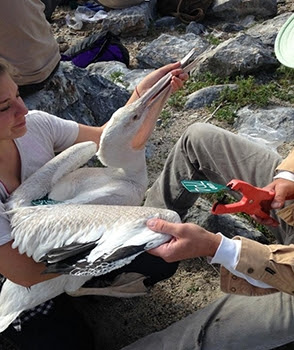 But it turned out I wasn't the first to do so. anyway, now I know that he was tagged near Gunnison Island in the Great Salt Lake on July 22 of this year. At that time, he was too young to fly. So that's his baby picture, sort off   (Photo Utah Division of Wildlife Resources). 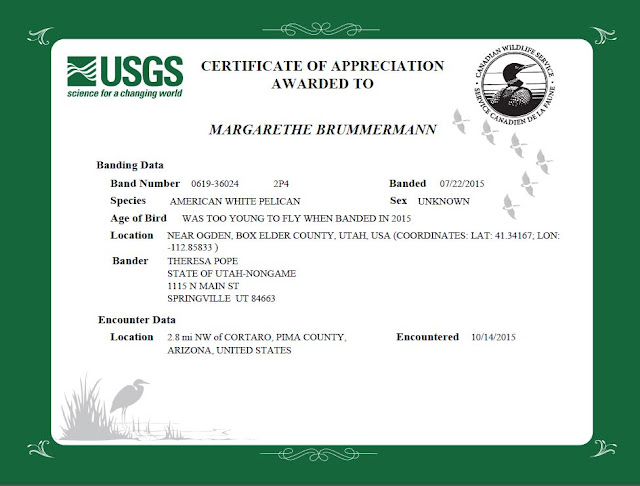 Posted by Margarethe Brummermann at 7:34 PM