When we bought our property in Picture Rocks in 2002, there was a run-down flower garden close to the house. We expelled half dead rose bushes and rabbit-fenced ice-plants right away. Most of our new landscaping plants were cacti and other succulents, but we also wanted a few flowers close to the house.

At gas stations and along street medians, we saw very healthy, lush Red Birds of Paradise Caesalpinia pulcherrima. Our sandy soil and maybe our stingy watering produced much smaller plants with fewer flowers, but the main problem proved to be low winter temperatures. Coming from more tropical regions, maybe the West Indies, the plants freeze down to the ground and have to start over after a normal Tucson winter. Our bushes are still hanging on ...

We soon found another plant in the same genus, Yellow Bird of Paradise (Caesalpinia gilliesii) , that fits our climate better. It is native to Argentina and Uruguay, but has now naturalized in portions of the Chihuahuan and Sonoran Deserts. It's fast growing even under very arid conditions, deciduous and hardy to 20 degrees Fahrenheit. The branches are woody and the plant can be trimmed into tree shape. We also found that taller stems break like glass in our strong wind. The Yellow Bird of Paradise can be easily propagated from seeds. I have seen it on the southern slopes of some of our sky-island mountains and also in the wild in So Cal north around Dulzura in San Diego Co. 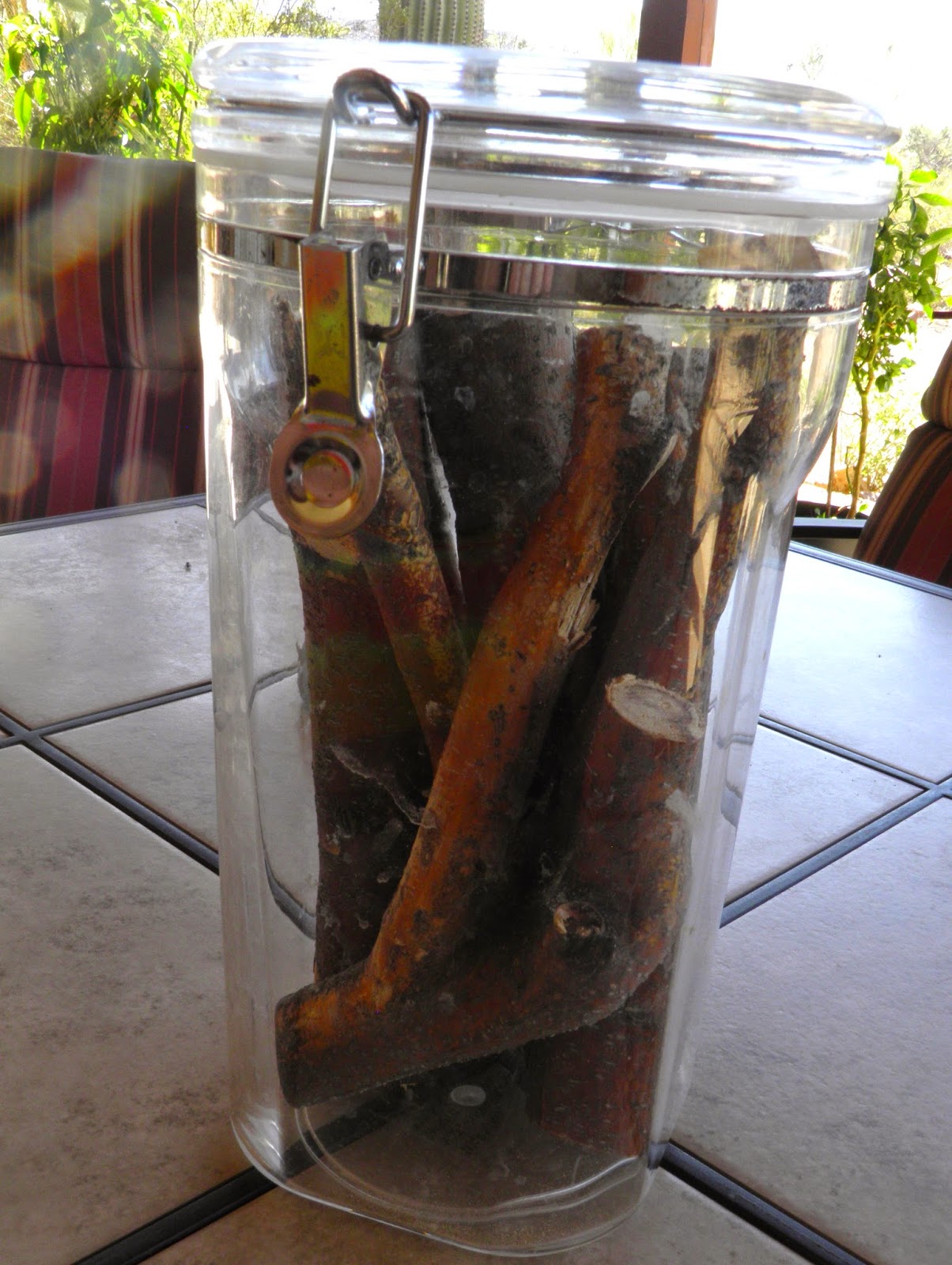 Anyway, the plants are not very long lived. Recently, half of a 12 year old tree dried up. When I was cutting it up, I noticed the exit holes of beetles. There might have been both Buprestides and Cerambycids it seemed. Although it seems a lot like closing the barn door after the horse has escaped, we cut up the branches to place them in a closed container. If there are still beetles hatching, we will see them.
I am interested to see what species can feed on an introduced tree. The leguminous Birds maybe related closely enough to mesquite and palo verde to host the same insects.  There is of course no way of telling whether the beetles that left the holes had anything to do with the demise of the branch. Many species are strongly drawn to fresh-dead wood, which is still nutritious without being defended by tree sap. If I find anything, I'll add it here. 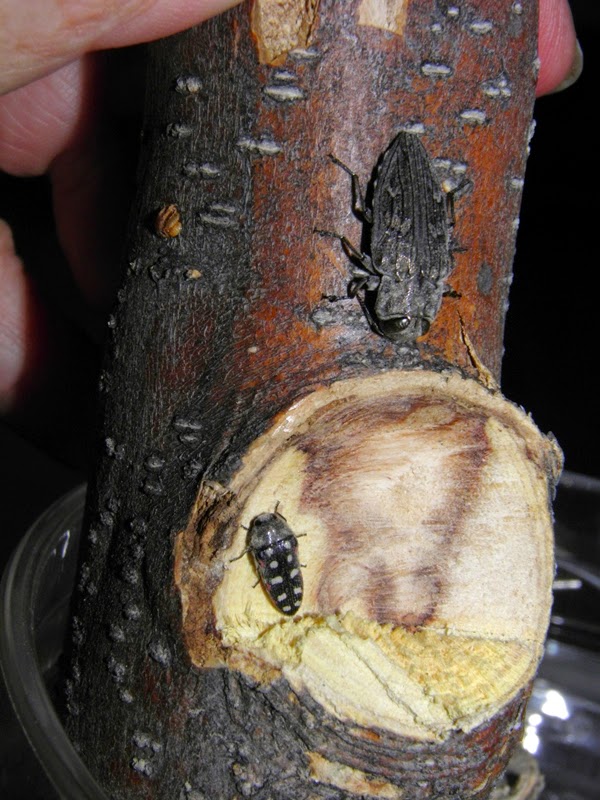 September 1, 2014 two buprestids have emerged. A small black white and red Acmaeodera gibbula and a larger Chrysobothris sp. Robert Velten from So Cal says: "Chrysobothris merkelii is a good bet, quite polyphagous. They kill senescent Albizia trees in landscaping here. Seems like most of the woody pea family shrubs and trees locally can serve as hosts."
Posted by Margarethe Brummermann at 11:19 AM