Don't worry - I'm not going to write about insect pests and pesticides. Every year in August Pat Sullivan and Lisa Lee open their home in Ramsey Canyon to a swarm of  bug enthusiasts and herpers. Since the guests travel from all over the country and often from overseas this Infestation becomes a long out-drawn extravaganza. We feast on pot-luck, talk bugs over the gurgling of the creek, explore garden and surrounding juniper/oak forest, and visit permanent black lights. 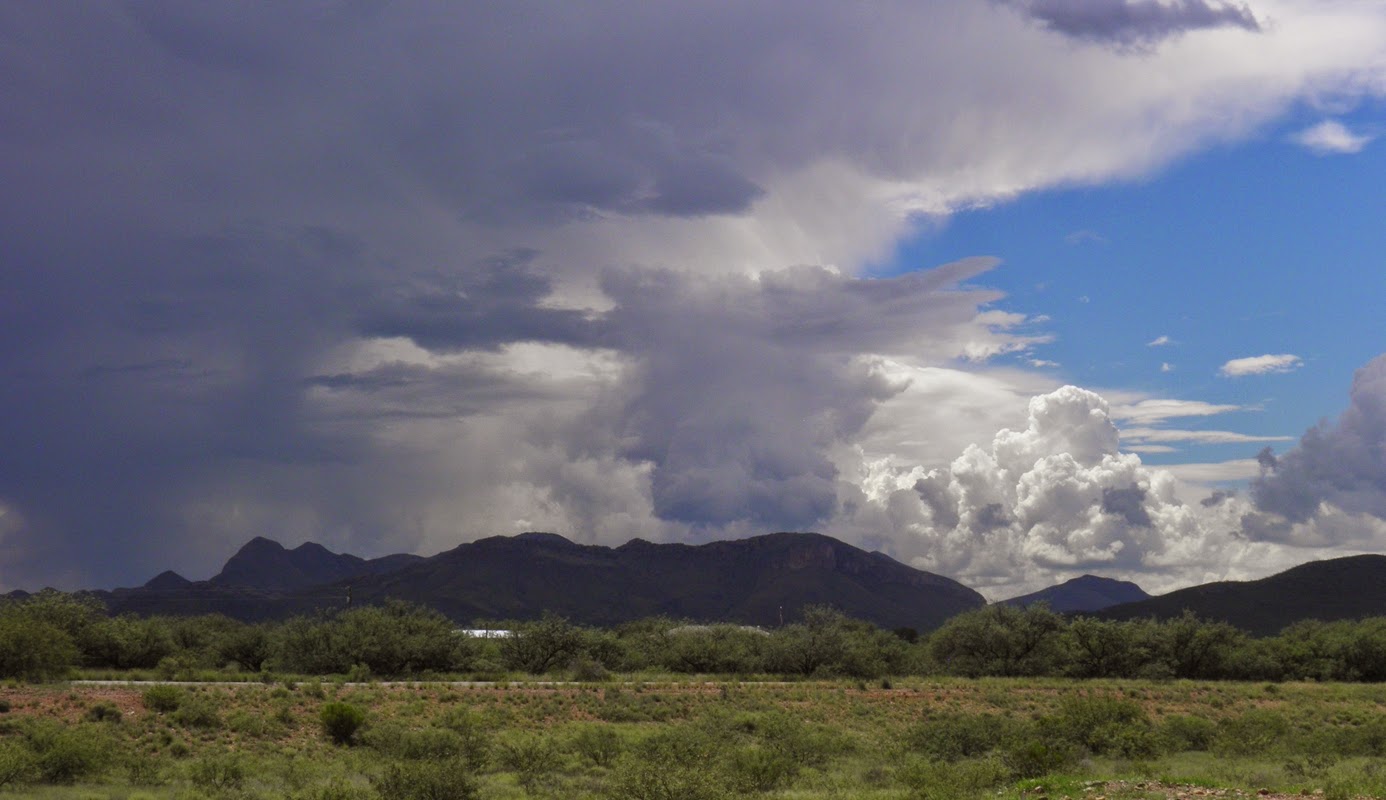 Monsoon showers were hitting hard last Saturday and the evening temperatures fell well below the beetle-flying threshold. So big sphinx moths that can produce their own operating-heat dominated the lights.

I was on a Chrysina quest for a friend so I stayed up nearly all night, stepping over people in sleeping bags on every flat surface.... Towards the morning hours it warmed up and I actually got a few more beetles. Only a couple of hours later a scrumptious breakfast got us ready for another day of exploration.

Art Evans had just published his new book 'Beetles of the Eastern US' and is now traveling the West shooting photos for its western sequel. The eastern beetles are great, and his writing superb, but this time the sequel will definitely be better than the original, because ...

... the bugs out here are so much more interesting! I got together with Art and his friend Paul Bedell before and after the party, helping to find some of our small hidden jewels.

We explored the flanks of the Huachuca Mountains from Copper Canyon to Parker Canyon Lake and returned in the rain via Sonoita. On Sunday we had another go at Copper and Bear Canyon because the area had been so promising before the rain hit. 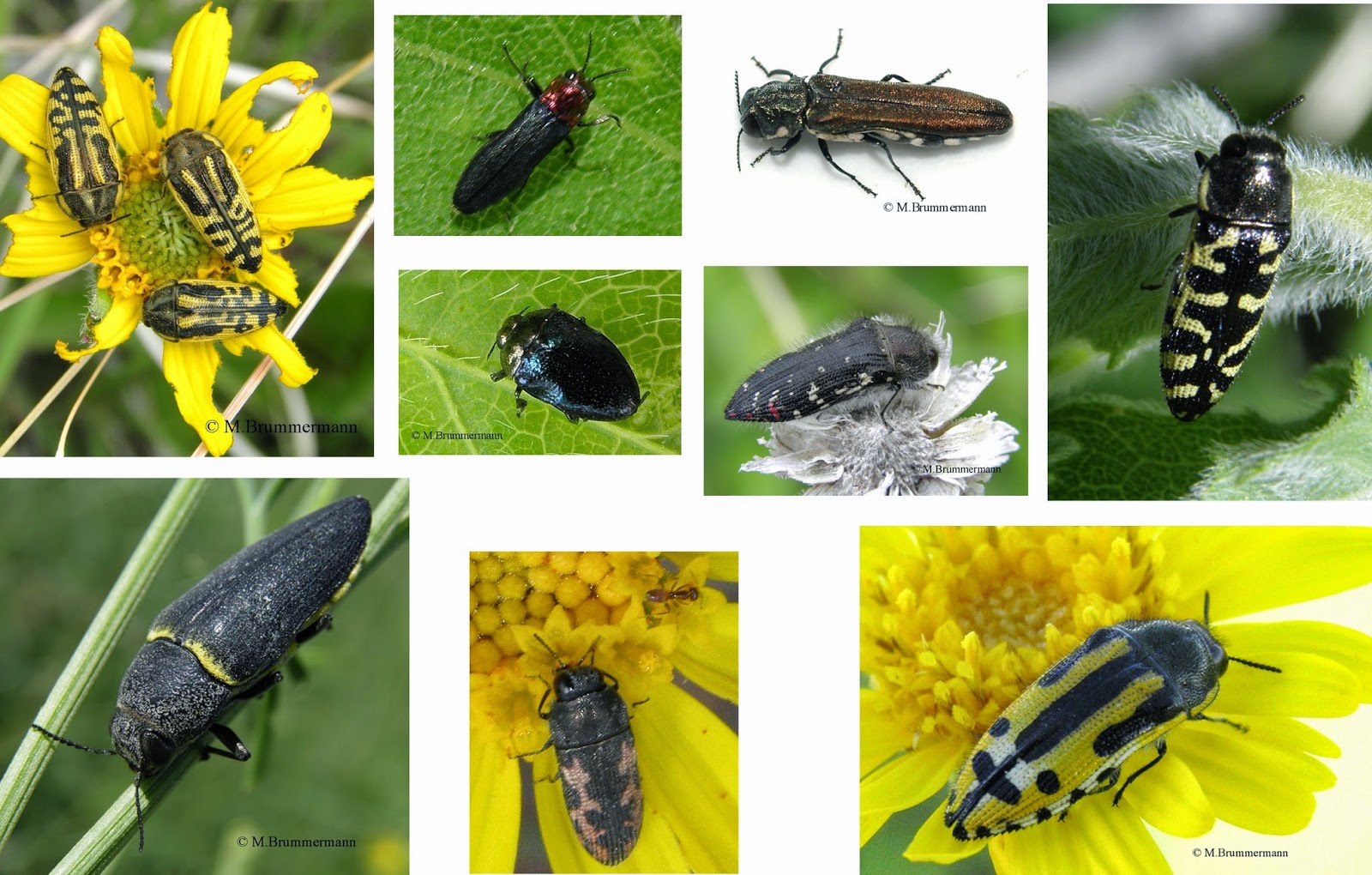 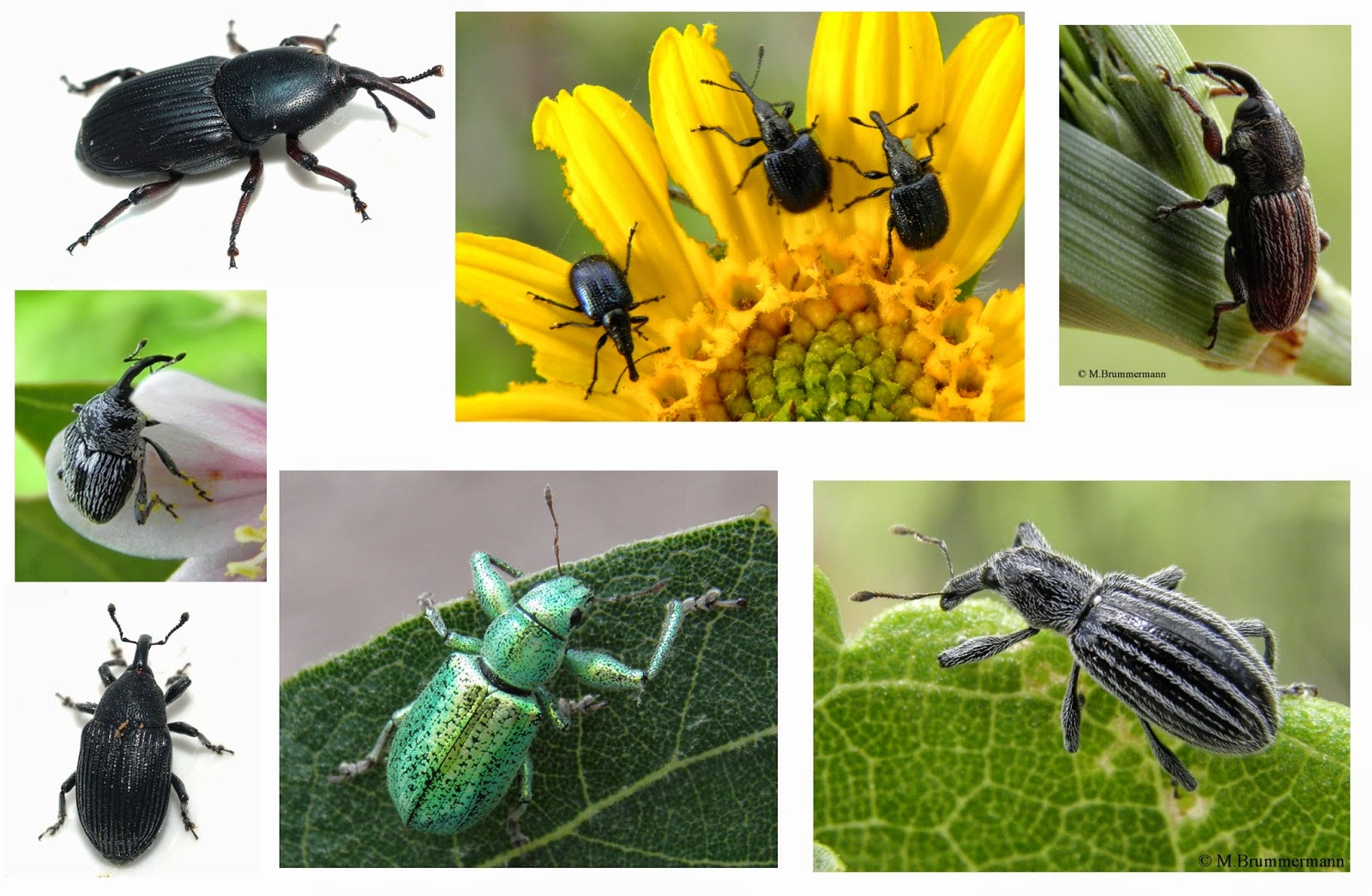 Over the years, my eyes had been schooled by weevil expert Charlie O'Brien. So I found many beetles in that family (not to mention that there are more weevils than any other kind of beetle). 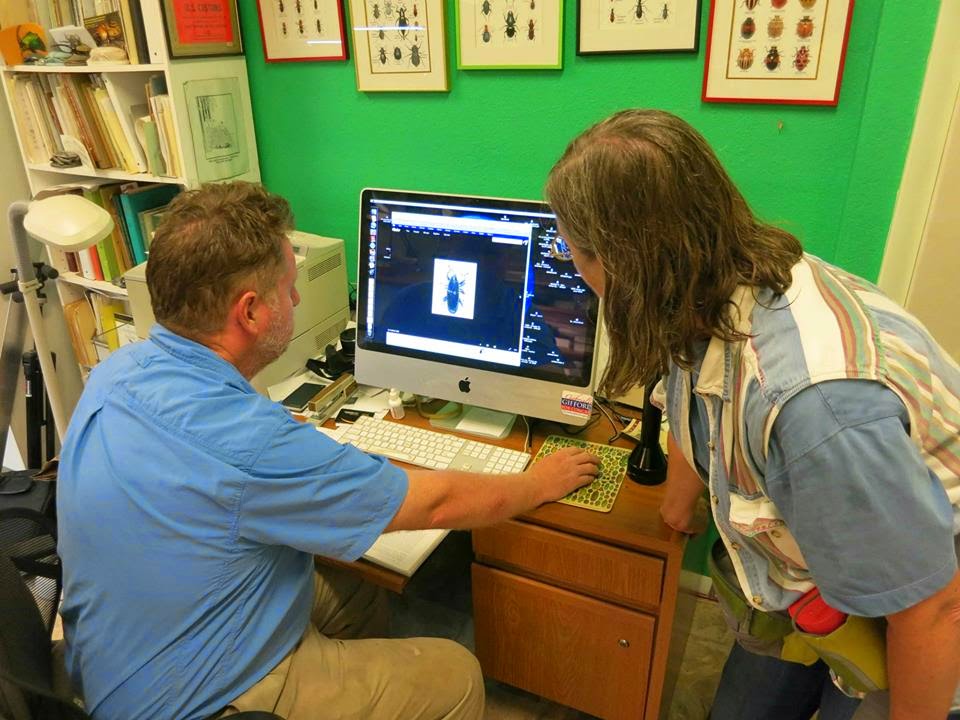 At the party I had the great opportunity to chat about weevils with Bob Anderson, Research Scientist at Canadian Museum of Nature, Ottawa, and a very helpful weevil identifier at BugGuide. 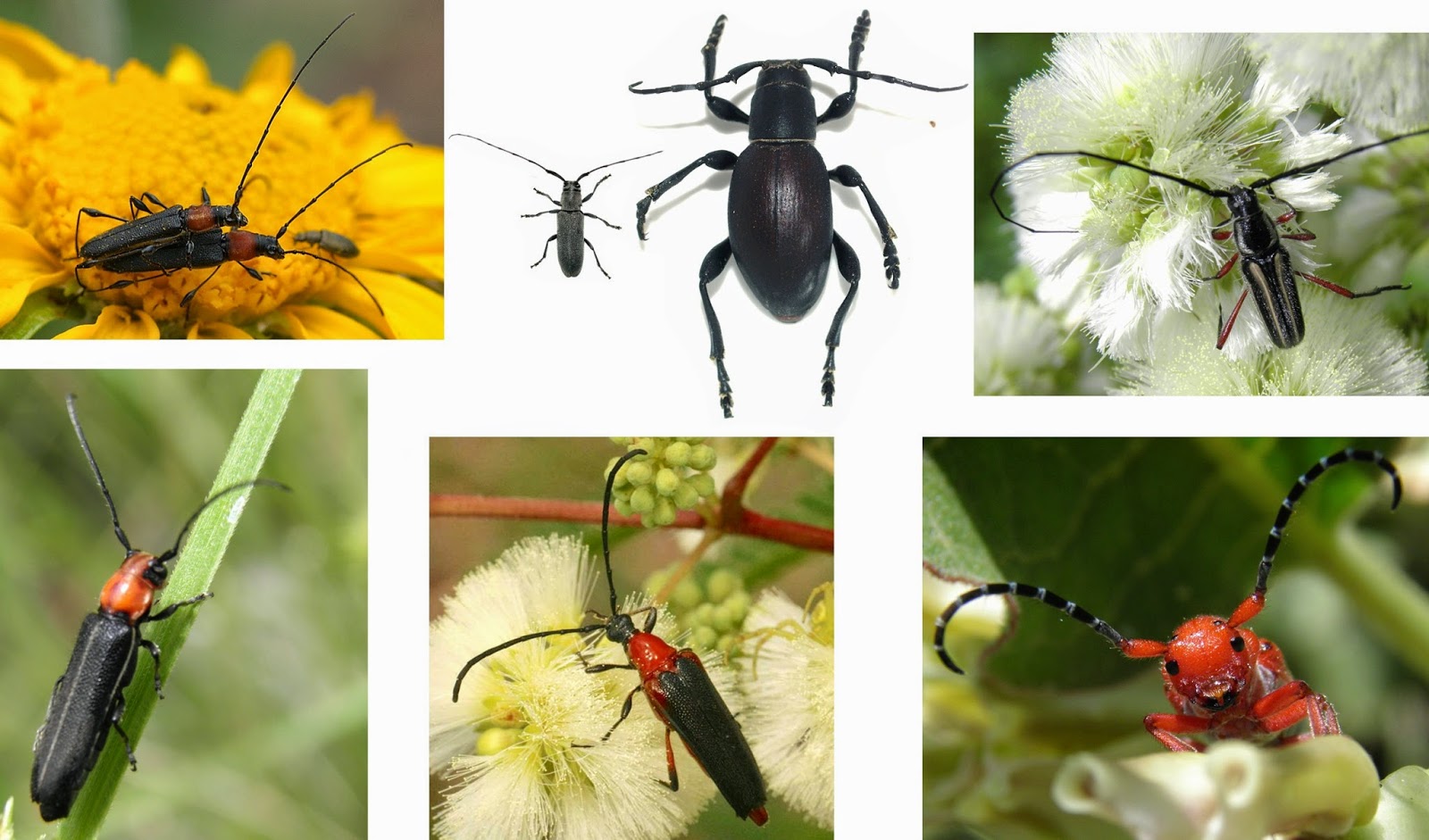 Longhorn beetles (Cerambycidae) come in a multitude of sizes because their specific host plants range from big old Ponderosa Pines to thin grasses. Their colors can be quite cryptic when they are sitting on the bark or twigs of their host trees. Others let their larvae grow up in milkweed stems where they sequester the plants poison in their own tissues, and the adult beetles strut proudly their aposematic warning colors. 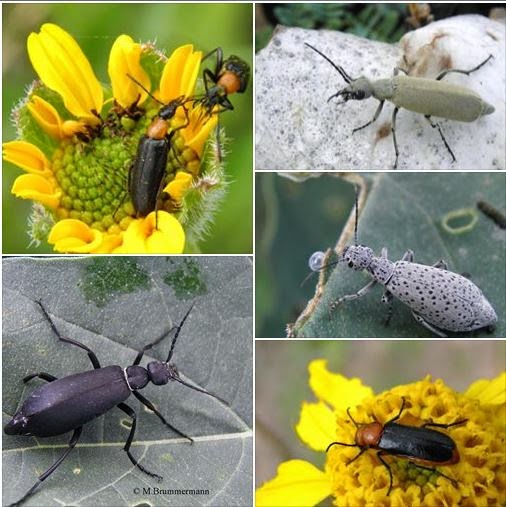 Blister beetles (Meloidae) were also very active. The gravid females of several species of Epicauta were chewing away on Datura leaves and flowers. Their larvae are predators of grasshopper eggs, and in August there is no shortage of those.

The prettiest were of course Rainbow and Panther-spotted Grasshoppers. I'm not sure whether the eggs of species are the targets of blister beetles - the very colorful parents (aposematic?) may be able to supply their offspring with a healthy dose of sequestered toxins. 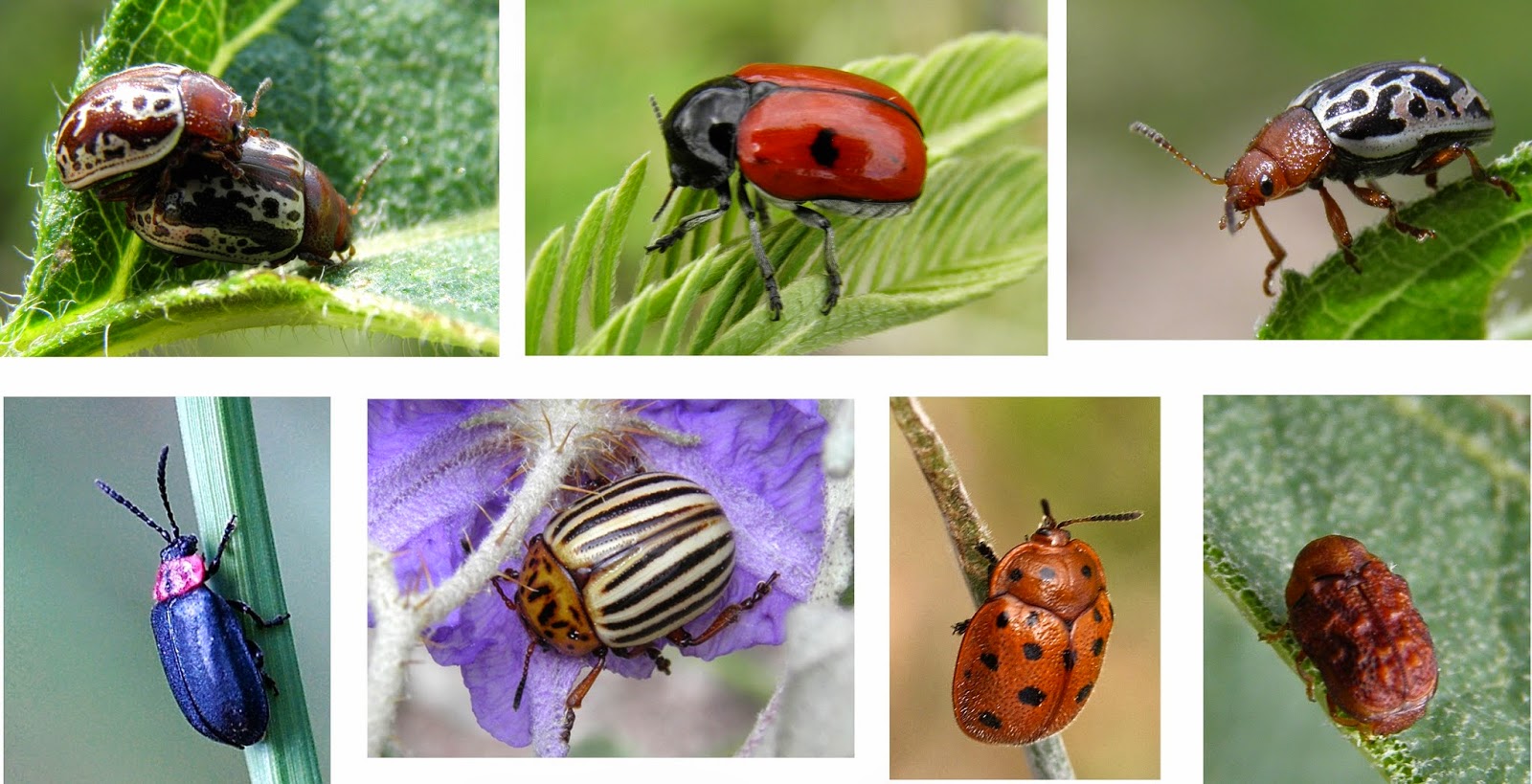 It is not too difficult to find specific Leaf beetles (Chrysomelidae) if one knows where the host plants grow. Of course we did not get every species that I expected. For Red and Blue Potato Beetles and all those interesting Hispines Art will have to come back another time.

Meanwhile at the party, humans demonstrated that they can be quite fascinating as well. Artists showed their portfolios and performed music, foragers brought back supplies, cooks worked their magic, Photographers tackled insects and each other, and many interesting discussions about bugs and other topics could be joined at every corner.


Here are some more of Art Evan's photos that he posted on Facebook:


Thank you Pat and Lisa for another great Infestation Party!

Posted by Margarethe Brummermann at 12:34 PM