This morning I had Sweetwater Wetlands all to myself.  It's probably  hot enough now to keep most birdwatchers away. 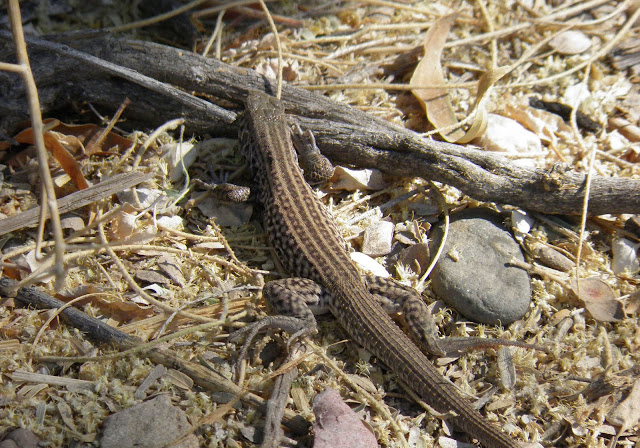 At first there wasn't much going on. Lizards rustled in dry  leaves,  mostly Whiptails darting around but also Zebra Tails and Desert Spiny males that are getting very territorial at this time of the year. 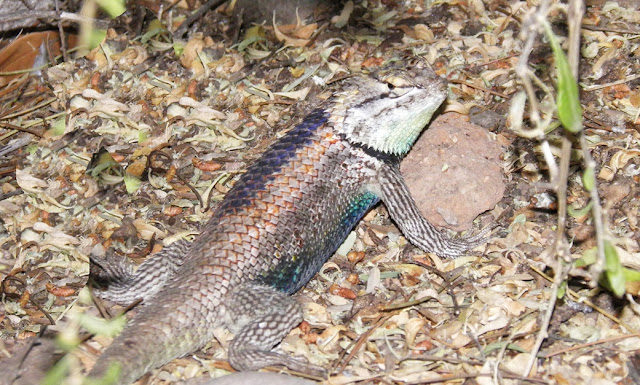 Blue Dashers were involved in a never ending game of musical chairs around their perches. What makes one Cat-tail blade so much more desirable than another? 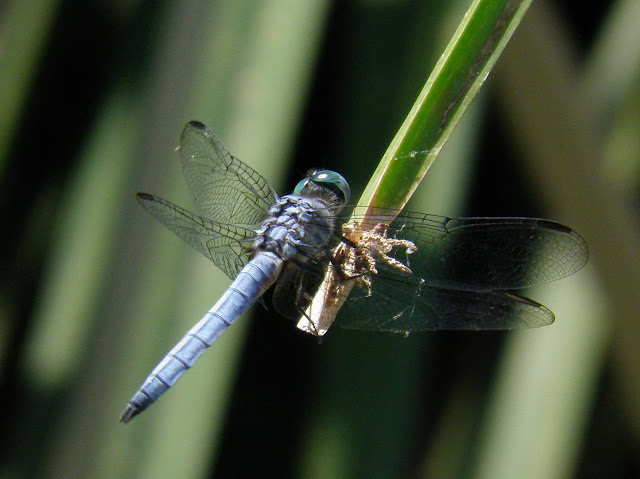 Young Round-tailed Ground Squirrels were playing close to their burrow's entrance and digging out shallow holes to cool their bellies. A Towee was scratching under a huge willow. 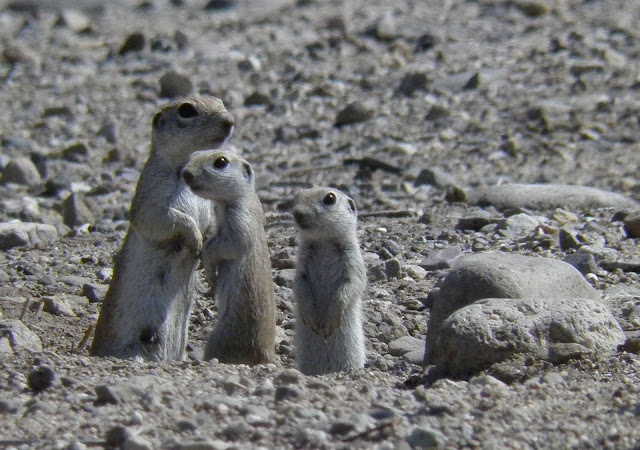 Suddenly a shrill whistle from the squirrels and right in front of me a larger shape appeared in the dappled light. 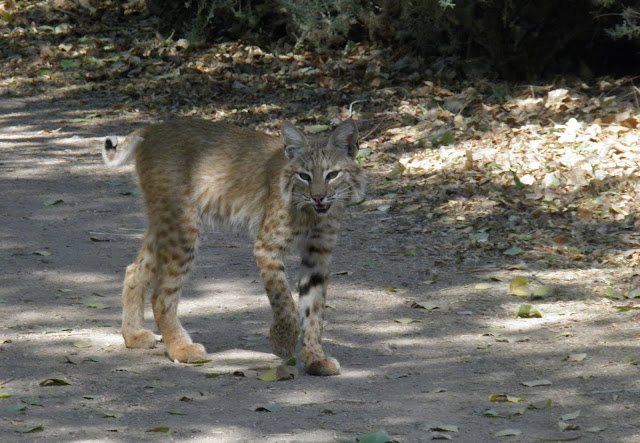 I hadn't seen him coming, but he was only about ten meters from me in the middle of the path: a bobcat. He checked me out for a moment, decided that I was harmless, and kept coming. When he passed me, he was not even six feet away. A little scrawny looking, and panting from the heat....The squirrels were sitting at a save distance, watching like statues. 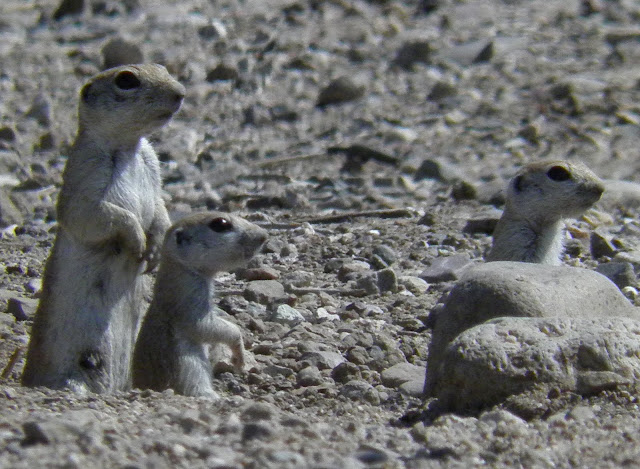 Please, check out all of the Sweetwater critters in this video. The bobcat makes his appearance towards the end!
A Cooper's Hawk was patiently waiting for me to leave. Definitely a day with lots of predator sightings. I hope the little squirrels stayed alert and careful. 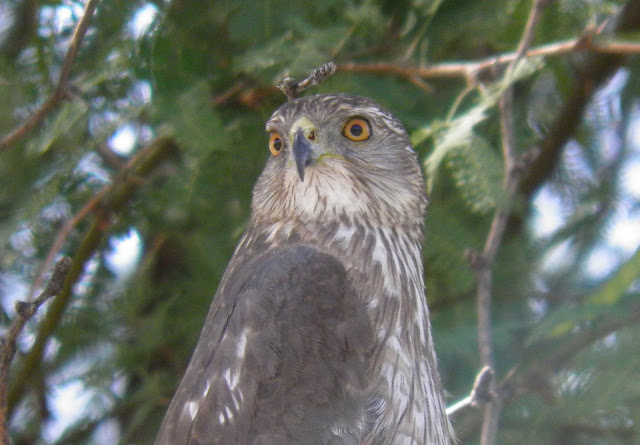 Posted by Margarethe Brummermann at 6:40 PM