Another Backyard Snake: The Western Patch-nose 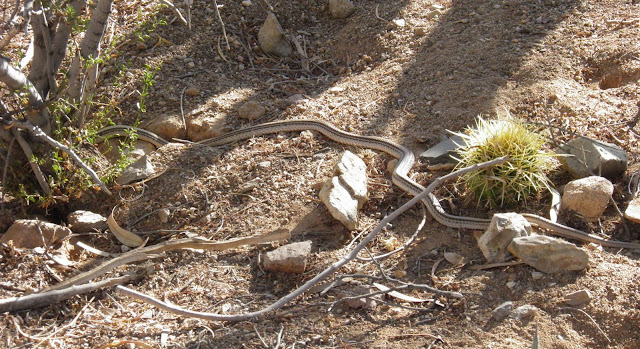 The temperature was supposed to climb to 105 degrees today, so I was hand-watering some smaller cacti. They may not need it, but they get less sunburned when they are well hydrated and at least it makes me feel better. I nearly missed the sleek, striped body of a snake among a group of little golden barrels because it looked just like a dry branch of creosote. Then my first thought was Whipsnake, so I had little hope of getting close to that extremely wary, lightning quick reptile. I checked later: the Striped Whipsnake occurs further north, and the Sonoran does not have a striped body. 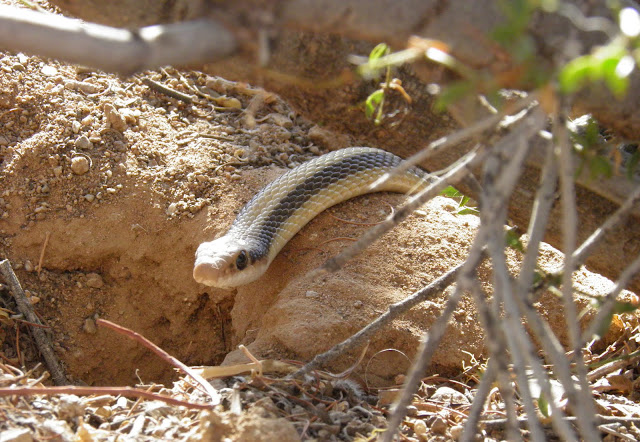 This snake allowed me to crawl around the creosote bush and photograph its blunt face with one big scale covering the snout - clearly a Patch-nosed Snake. Our land in the bajada of the Tucson Mountains is the typical desert scrub habitat of the species called Western Patch Nose Salvodora hexalepis, while the Eastern S. grahaminae prefers the open slopes of the Evergreen Woodlands. The mottled double stripe visible in the top photo confirms the identification. 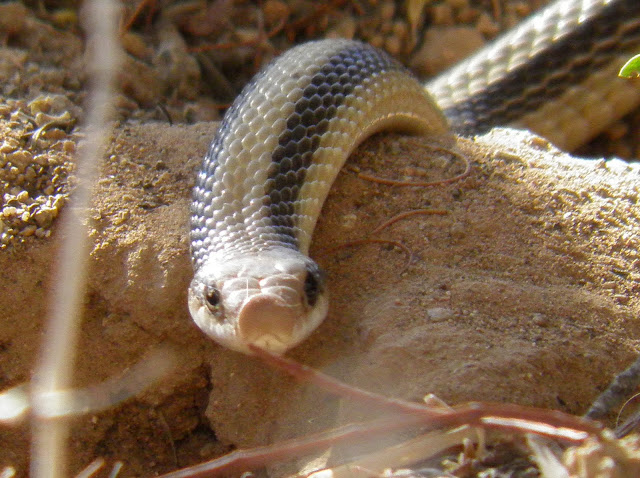 The big scale that protrudes slightly over the sides of the snout is probably useful when the snake digs in the ground for reptile eggs. The day active snake also feeds on lizards and small mammals. I was happy to see him, but I hope he will not be too hard on our drought stressed lizard population.
Posted by Margarethe Brummermann at 10:11 PM