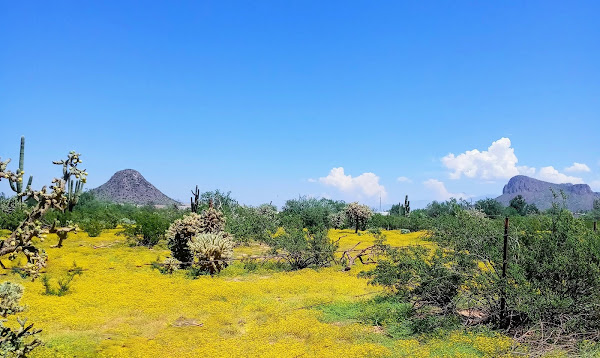 The Common Cinchweed, Pectis papposa, is back. In the nineties and early two thousands, the yellow blooming little Asteraceae used to carpet the desert, and perfume the area with their Chamolmile-like scent, each summer after the first heavy rains. 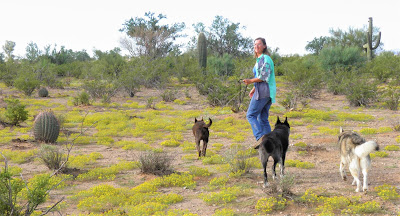 I have photos of all my old dogs, who accompanied us in those years, surrounded by seas of yellow. The appearance of these summer wildflowers was actually more reliable than that of the spring bloom which requires a complex pattern of autumn and winter rains. Sadly, this summer exuberance ended when the draught hit several years ago. The desert floor between cacti and creosote bushes remained bare for many years. But it kept the seeds safe (seed bank)! All it took was a good drenching and sprigs of green popped up, within days forming a dense carpet. Each multi-branched plant is only as big as a hand and about that high. The Chinchweed plants are interspersed by pale green cheat grass plants that bloomed so quickly that they are already setting seeds. In some years the balance was shifted and the grass was dominant, but this year it's definitely the Chinchweed. All that yellow is interrupted by silvery gray patches of a ground-hugging little Euphorbia. 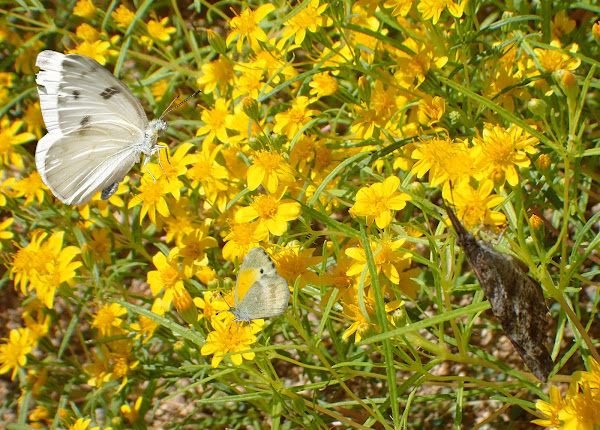 So many odorous flowers should be attracting many pollinators. If they are small bees and flies, they would be easily overlooked in this ocean of yellow. More obvious are butterflies. We just had a great influx of all kinds of Sulphurs, so those are dancing over the flower-fields in great numbers. Whites are rarer. 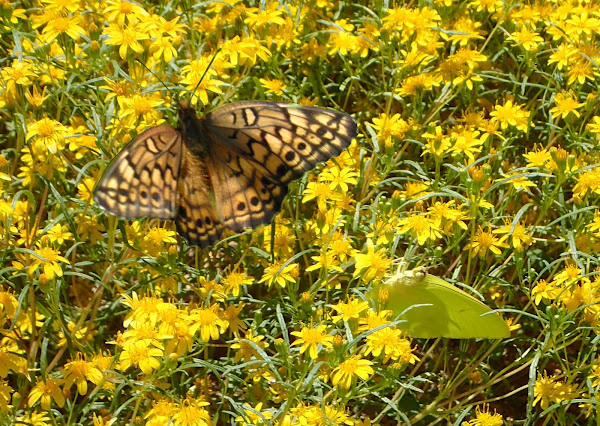 There are also Variegated Fritillaries and Queens, and of course American Snouts by the hundreds. This morning I saw the first White-lined Sphinx racing around, but I could not tell if they were nectaring on the Cinchweed or on their way to some Datura or Devilsclaw flowers that are now waiting for pollinators along the washes. 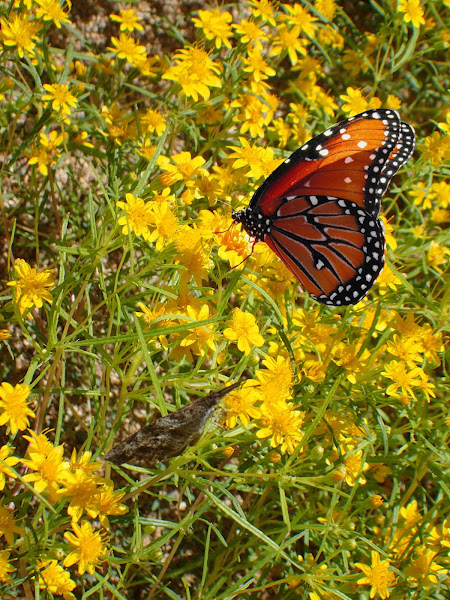 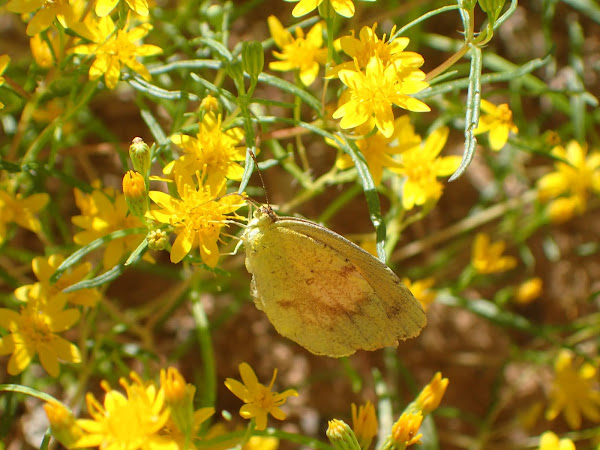 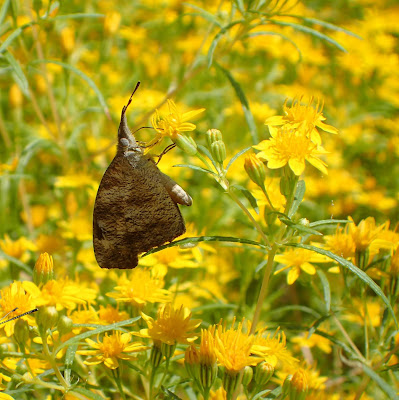 Yesterday I discovered an interesting phenomenon: after a cool morning with lots of butterflies on the flowers, the temperatures had risen to above 100 Fahrenheit and much fewer butterflies were to be seen. But when I accidently walked close to a Creosote bush at least a dozen Sulphurs of several species flew up. So I tried some more bushes with the same result. The butterflies were sitting with their wings tightly folded, obviously waiting out the midday heat in the shade of the bushes. I had never thought much about the thermoregulation of butterflies beyond their obvious attempts to warm up in cool weather by opening their wings and orienting them towards the sun. I am, after all, a child of the very temperate climate of Geermany. But I took the hint from those Arizona natives and quickly withdrew into the shade, actually into the cooled house. 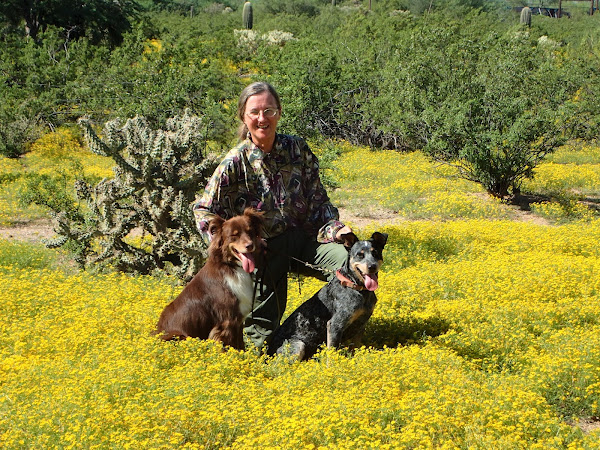 Posted by Margarethe Brummermann at 2:24 PM