Why do the Caterpillars Cross the Road 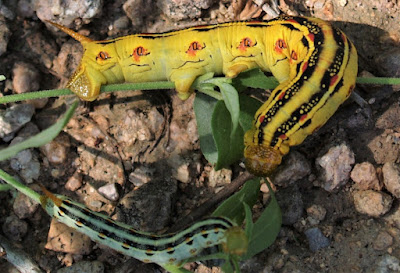 Why do those caterpillars cross the road? I think this question is usually caused by avealanches of White-lined Sphinx caterpillars. The do cross the road in search of more food. Their eggs seem to be laid in clusters, while many other sphinx moths distribute them one by one. WLS caterpillars feed on small herbs (many kinds, but still selectively) So they can exhaust that resource in one spot and then they have to move on. The photo by David Bygott illustrates that well. Another possibility would be that they are all on their way to pupation, away from dangerous feeding grounds that attract predators and towards better soil to dig into (Carl Olson suggests this). But I have seen many different sizes wander together, and also found them munching happily again when they found more food plants. It's probably the unexpected sterility of the road that makes the migration so obvious and determined. 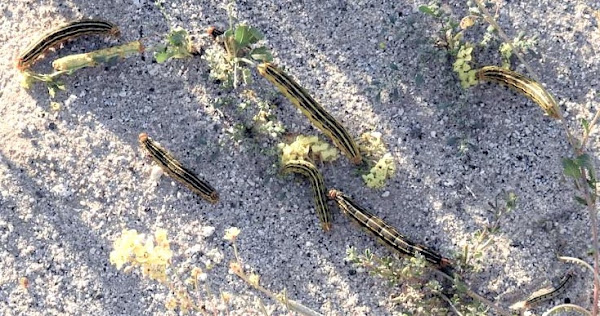 On the other hand, a Manduca caterpillar (here Manduca rustica on cape Honeysuckle) for example, will not have to share with as many siblings, the eggs being more spread out by the female. Also, a caterpillar that feeds on tree leaves, or even on bigger annual plants like Datura will not easily exhaust that resource, so we rarely see those hornworms wander around before they are ready to find a pupation spot away from their original host plant. 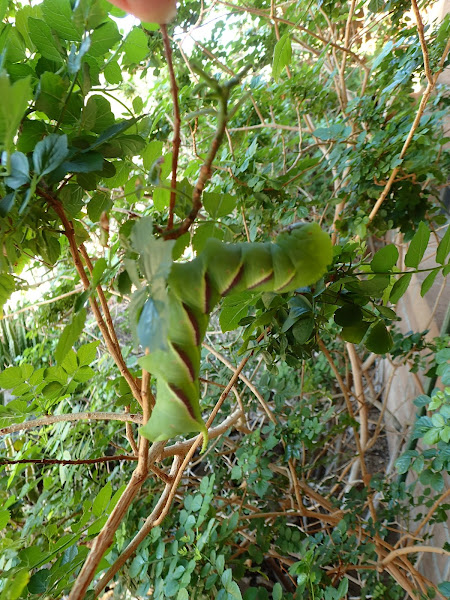 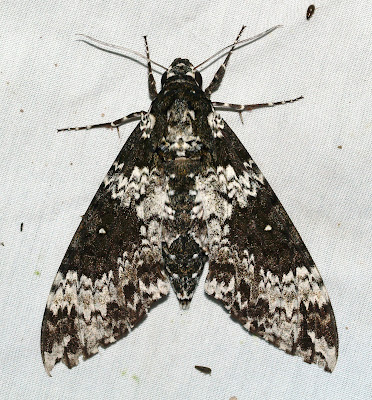 The strategy of sudden mass-production by the White-lined Sphinx is a desert adaptation that seems to work extremely well, even though many horrified drivers on our highways notice the inevitable slaughter of many of those road-crossing caterpillars. WLS are able to capitalize very quickly on sudden bursts of annual-plant growth that sporadic heavy rains produce in the desert. 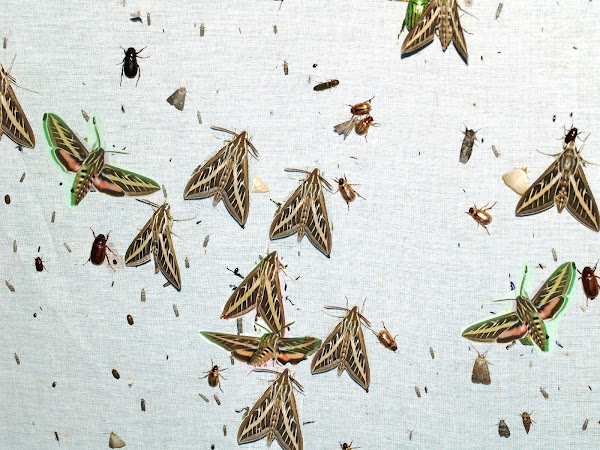 My black-lighting sheets are sometimes just covered by dozens of the adult WLS Moths when not many other big moths (or anything else for that matter) show up. Though a nuisance to me when I'm hoping to photograph rare beetles, they are important pollinators that fly by day as well as by night and therefore service a great variety of flowers. 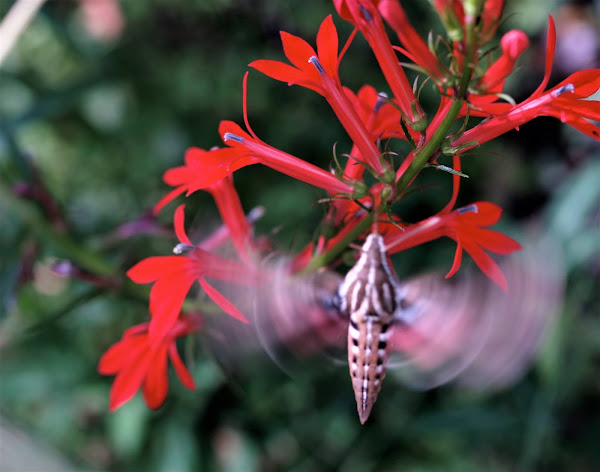 The super speedy development of this multitude of caterpillars means that plant protein, abundant after the monsoon rains, is quickly turned into more palatable animal protein. It thus forms the basis of the food chain for many reptiles, birds and mammals. Even our Desert Tortoise, usually considered a vegetarian, cannot resist. Photo by Jan Emming 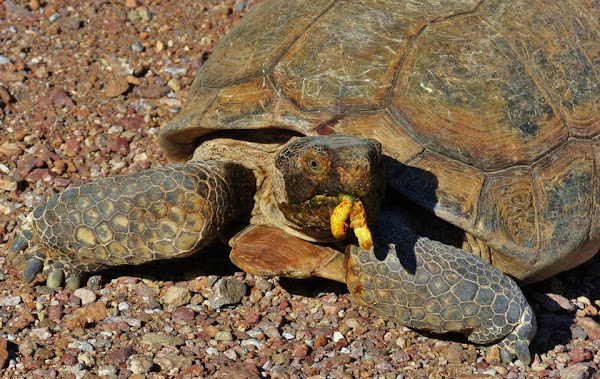 Or here, a coyote picking WLS caterpillars from a creosote bush (no idea why they had climbed it) photo by Gail Halm, an excellent observer of coyotes in the wild. She said 'he stood there for several minutes picking them off the bush' 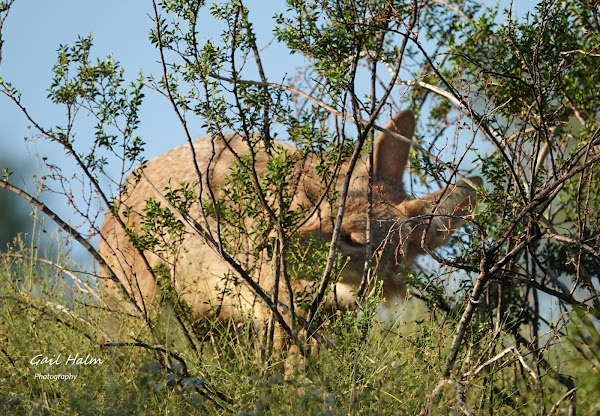 Posted by Margarethe Brummermann at 11:08 AM