Insects of Cochise County for the Master Naturalists Program

On Friday, I gave a 3 hour 'Insect' lecture for the Master Naturalists of Cochise County. Thank you Sheri Williamson and Tom Wood (Southeastern Arizona Bird Observatory) for inviting me!

I had no idea how well informed my audience would be. Interested, I assumed, because they are naturalists. But still, where to start? Tom introduced my talk saying that I would now show them the hundreds of species of Cochise County insects. Requests to use English names instead of scientific ones came up shortly. I guess that would have been a way to stick to 'hundreds of species' instead of tens of thousands, but it would have excluded almost everything beyond house and garden pests and the pretty ones: Butterflies, Dragonflies, Tiger Beetles. Those all got English names now, and there are good illustrated field guides to identify them. But I wanted to challenge my audience to look beyond the already well-known bugs and I certainly did not want to end up following the media rut leading to Monarchs and Honey Bees.
So instead of introducing insect species in pretty pictures or even the spectacular rarities of Cochise County that attract seasoned insect collectors, I had organized my talk around themes. 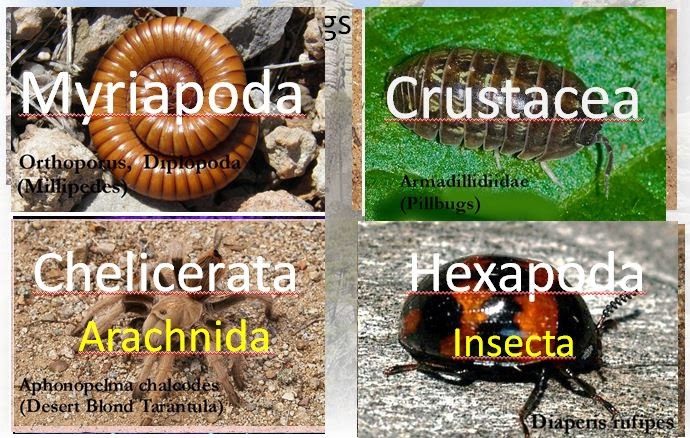 Not all critters that we call bugs are insects (the systematic position of insects as a class of the phylum Arthropda). 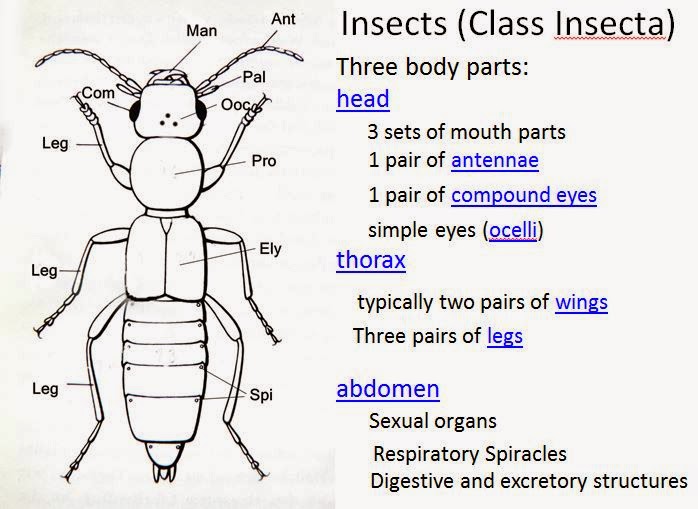 Anatomy and a touch of physiology of a typical insect. Knowing body parts and their functions helps to understand the language of field guides and to recognize special adaptations of the basic plan. 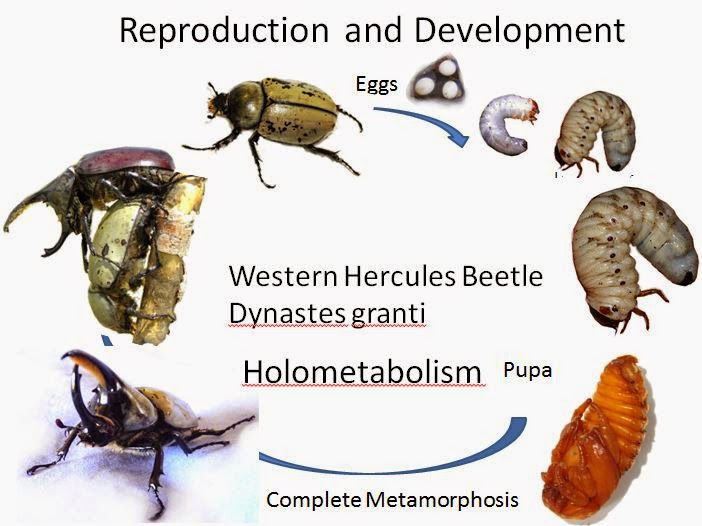 Life cycles, including complete and incomplete metamorphosis, followed by a short discussion of the most important orders that exhibit these traits in their development - illustrated by many examples of Cochise county insects.

A mimicry complex around the powerful stinger Polistes comanchus, one of our social paper wasps, is encountered among those examples. 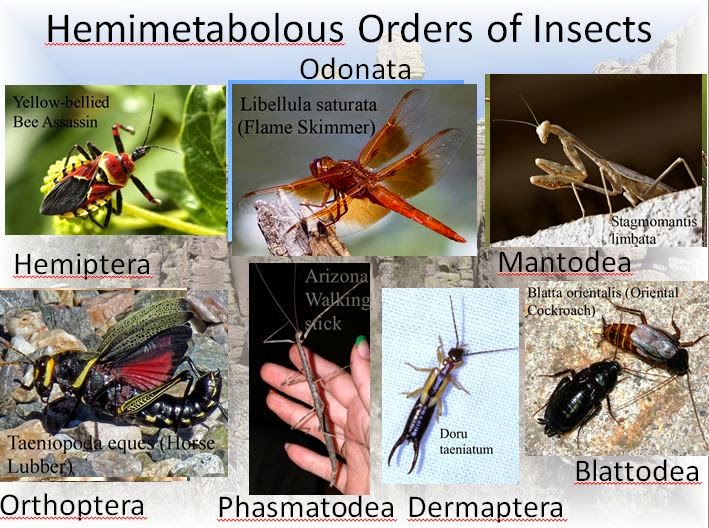 Switching from the specifics of insect biology to their interaction with the environment:
Reasons for the extreme insect diversity of Cochise County, from the turbulent geological conditions, the location at the interface of Sonoran and Chihuahuan Desert, to the climate situation  (5 seasons) with tropical influences. 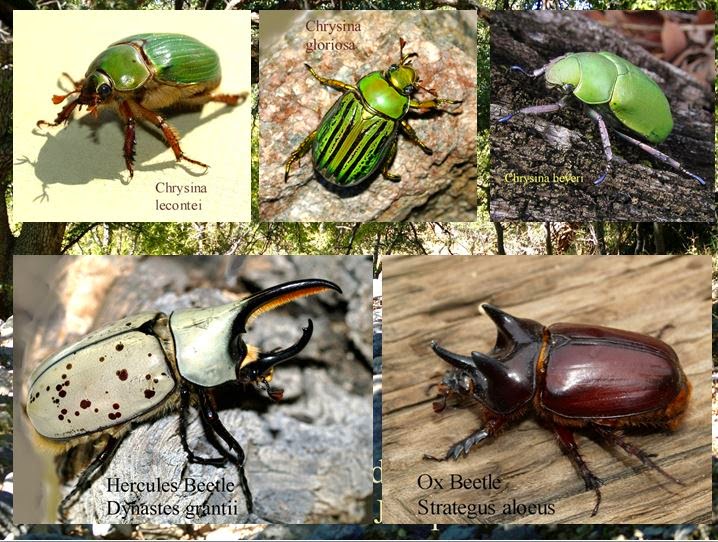 The resulting habitats of grasslands, sky islands, riparian corridor, sand dunes and salt flats are introduced with help of character species of insects and their special adaptations. 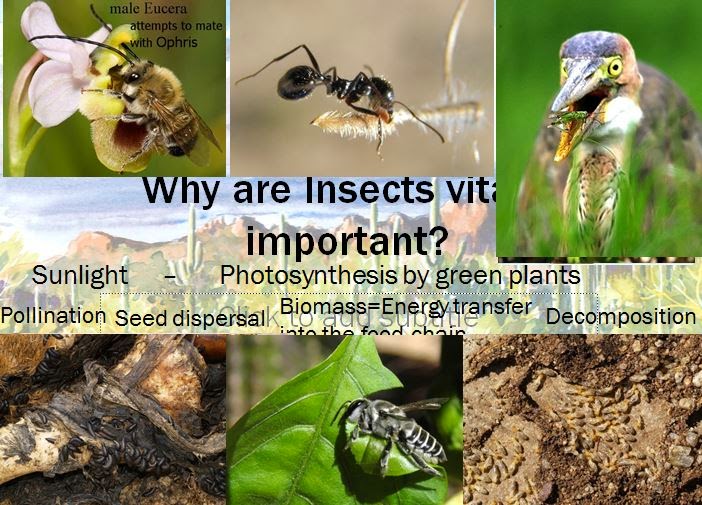 Literature and internet techniques for species identification: use your new knowledge and field guides to get close, then log into BugGuide.net, go to the group you have identified, pull up 'data' from the submenue, chose Arizona from the options under the map, then scroll down through all the identified  images until you find your species.

The talk went well. There were good questions during and after, so people were obviously following with interest. We even attracted a couple of boys from outside who snuck into the back and listened. The organizer, Tom Wood, told me that the presentation was exactly what they had been hoping for. That felt good! The only glitch was that the recording equipment wasn't turned on properly, so there is no video. Some people were truly sorry about that - they had wanted to listen to it again. I breathed a sigh of relief. Maybe this blog can help to remember the most important points. 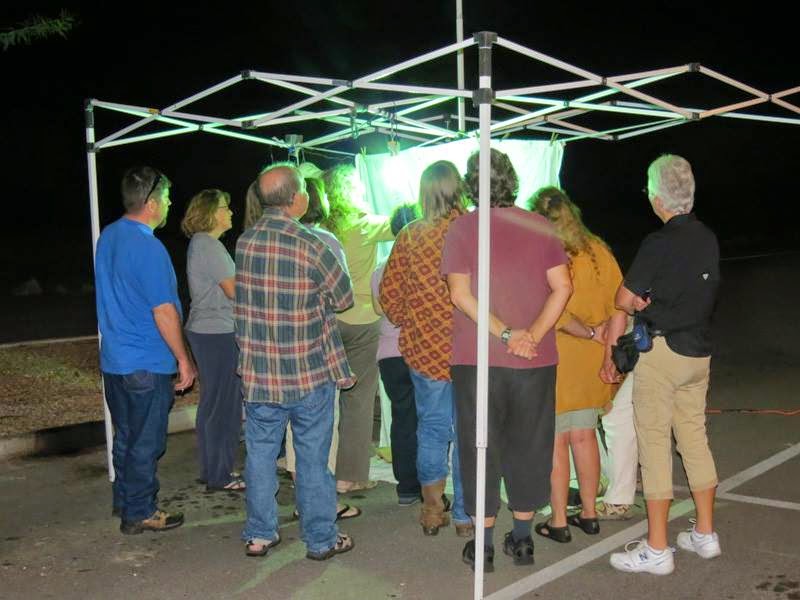 My insect lights had been on during the talk, but the result was not too great due to the location and the mid September date. But a number of very charismatic mantids was visiting, so we had a glimpse of the excitement the light trap can provide.

Posted by Margarethe Brummermann at 4:51 PM