I don't have much time for insect excursions or blog writing because I am preparing a 3 h powerpoint presentation for the Master Naturalists of Cochise County on Friday, which is tomorrow. Today we were expecting Hurricane Odile to soak Arizona in deluges of rain.So I tried to be ready before possible power-outages would hit. but Odile changed southward at the last minute: no rain for Tucson.
But last Sunday I drove over to Montosa Canyon anyway. I needed some Horse Lubbers for my presentation and some Green Fig Beetles for a client.
My first stop was Amado Rd and the Santa Cruz River. A few days ago, right after Hurricane Norbert, I had seen the raging floods of that river completely fill all the space under the wide bridge of Ina Rd in Marana. On Sunday in Amado its bed was already dry again. And the Seep Willows that had been completely submersed over the weekend were now already going to seed, so I found only one single Fig Beetle. 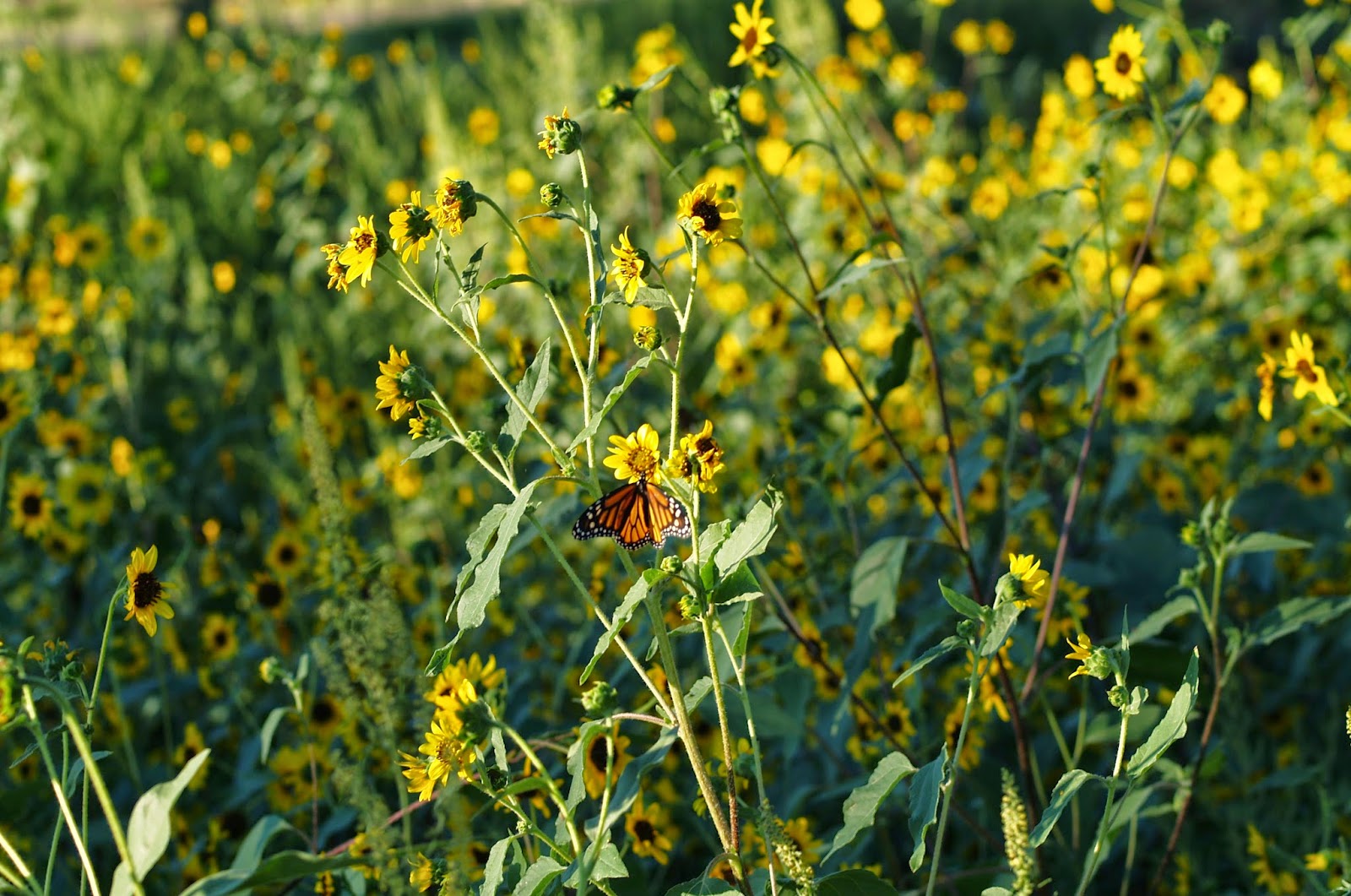 But Annual Sunflowers Helianthus annuus were blooming. On our trips together, Eric Eaton always made sure to check what was drawn to their sap-oozing stems and leaves, often against my protest that there would be nothing but hymenopterans (wasps were what he wanted of course).

But this time there was nothing but beetles. Even the fat black bumbling things that sounded and moved very much like bees turned out to be Euphoria lateralis. Those scarabs fly with closed elytra, doing a convincing imitation of bumble bees. They were everywhere.

On the underside of flower heads and buds and also along the stems of leaves I found many specimens of three species of lady beetles. There were no aphids. The ladybugs were there for the plant juice.

Even Fireflies like sweets - I find Pyropyga nigricans on sunflowers every year. Soft-winged flower beetles (genus Collops) were using the sunflowers as dating locale.

Sunflowers are hosts of the offspring of numerous beetle species.  I found the longhorn beetle Dectes texanus and 2 weevils that all seemed ready to oviposit on the plant. 'The right-hand weevil is Cylindrocopturus adspersus, a sunflower specialist that's an economic pest in commercial sunflower crops in the midwest. It's common in the Chiricahuas' (Henry Hespenheide). Since their larvae have to grow up within this annual plant, those three species are all very tiny, much smaller than most beetle species growing up in tree branches or even acorns.

The leaf beetle Zygogramma exclamationes (left) lays its eggs on the tip of the plant, where the larvae will feed on the youngest, freshest leaves. I also found Zygogramma signatipennis (middle) and the tortoise beetle   Chelymorpha phytophagica  but I'm pretty sure that the latter was just visiting - it lives on a morning glory that was growing close by.

Of course, there were not really 'just' beetles. The pretty little noctuid moth Spragueia magnifica, some ants and flies and finally a flatid Ormenis saucia had joined the party.
Posted by Margarethe Brummermann at 7:15 PM