A Nest of Black-throated Sparrows 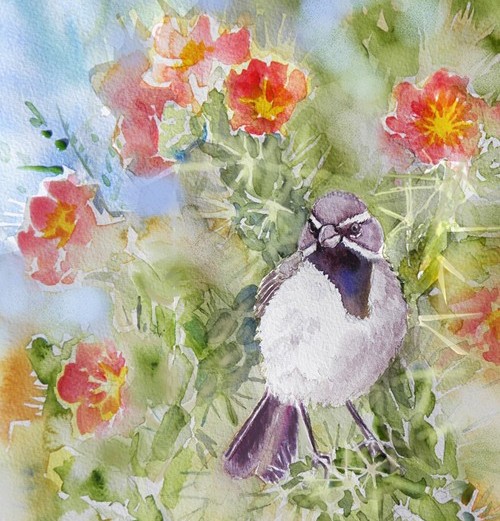 In desert scrub and mesquite grassland the metallic trilling song of the male Black-throated Sparrow is a familiar sound earlier in spring. By now, the territorial males have quieted down because they are busy with their share of incubating eggs and feeding  hungry nestlings. 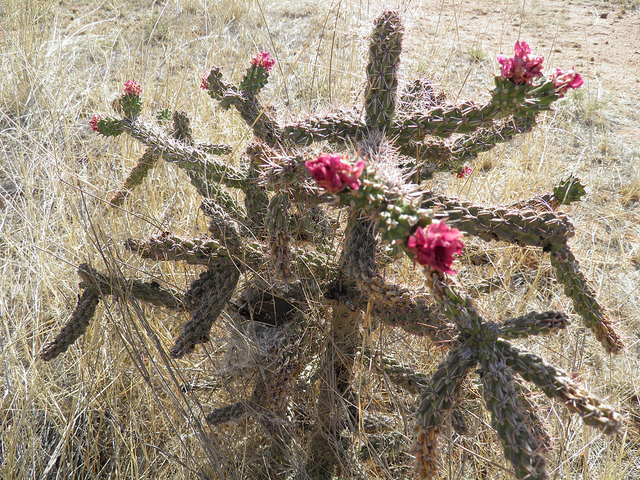 Last week I visited Carol and Fred Skilman at their place  in Cochise County. Fred is a great bug-hunting companion, and when I'm staying at their mesquite studded 'Longhorn Ranch' with view of Cochise Stronghold, I always enjoy bird watching with Carol. This time she had found a Black-throated Sparrow nest in a small cholla cactus, not much more than a foot off the ground. 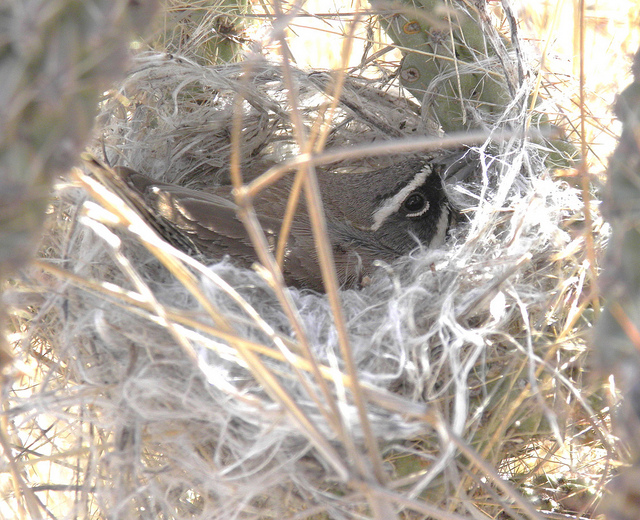 When I first saw it in the morning, a parent was sitting on the eggs. The bird determinedly ignored us even when we pushed camera lenses close. Fred and I then left for a day of beetle and caterpillar hunting in the Chiricahua Mts.

We found that big areas were destroyed by last years fires, but there were other places, often just across a path or a creek from the burned spots, that were green and thriving. Some vegetation types suffered more than others - big pines will take a long time to grow back. But we collected some very interesting beetles anyway. 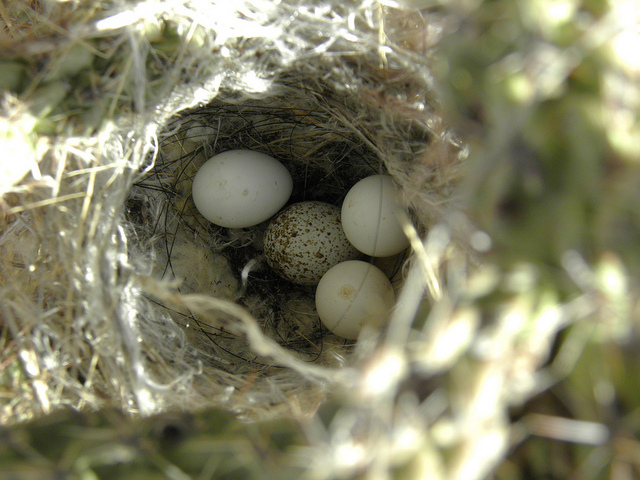 When we returned to the Skillmans' 'Longhorn Ranch' I finally got to see the content of the sparrow nest: as Carol had described, it held two kinds of eggs. We looked it up in her field guide to bird eggs: the speckled one had been smuggled in by a Brown-headed Cowbird. I have written about their form of brood-parasitism before: the sparrow eggs that the pair was so faithfully incubating were doomed. Would have been, anyway, without Fred's interference. He made a quick calculation: three lives versus one? He had just lost his long stinky-stinging-bug forceps in New Mexico but he'd fashioned a wire noose from a coat hanger in no time and made the intruders egg disappear like a magician.
Yesterday he called to report that the first sparrow chick hatched - he'll send baby pictures soon.

Posted by Margarethe Brummermann at 8:36 PM