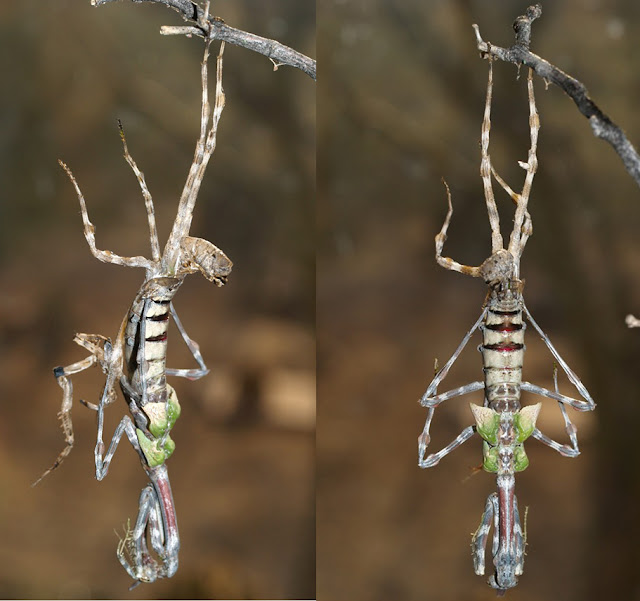 Here is the follow-up to my first Unicorn blog
This morning around 6 am while checking my e-mail I noticed that the unicorn mantis was ignoring some fluttering fat moths and instead anchored itself head down in a very neat symmetrical pose. Next time I looked up, the back skin head split open and the new, very large, bloated body was pushing itself out. Everything was still hanging only by the tarsi of the hind-legs, and even those were just an empty shell when the emerging Mantis freed its legs.
Three green triangular wing-buds were now clearly visible on the thorax. From its size and proportions I had thought that I collected the nymph during the last instar but now I began to wonder whether this wing-budded version would be followed by another molt?

Afraid that our swamp-cooled interior might be too cool for an exotherm creature that chose the morning after our record breaking 107 degree of June 2, 2012, I took the container with me for our usual breakfast on the patio. 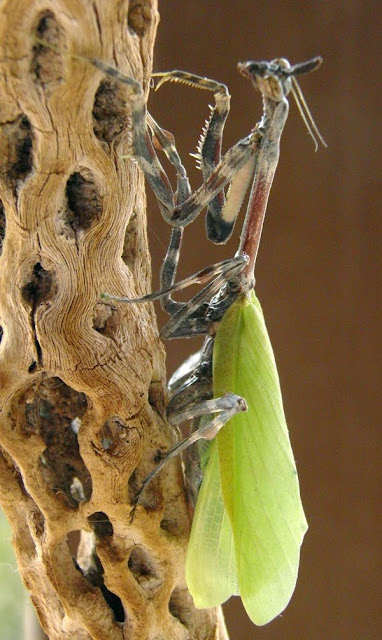 Halfway through breakfast I noticed that the wing bud had sprouted into a long, sweeping veil of lime-green wings that were nearly fully inflated.
Insect wings are soft and vulnerable at this point, so I removed the mantis from the confining container to let her dry her wings with only the pressure in the wing veins and gravity as the forming forces. 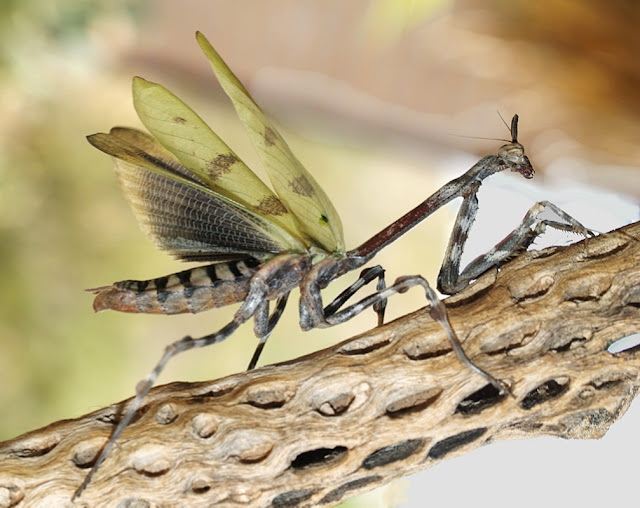 After the wings were fully extended, two dark blotches appeared very slowly on each front wing which had been just lime-green in their earliest teneral state. The hind-wings turned dark. Drying, hardening and reaching the mature coloration  took all of the afternoon and the following night. 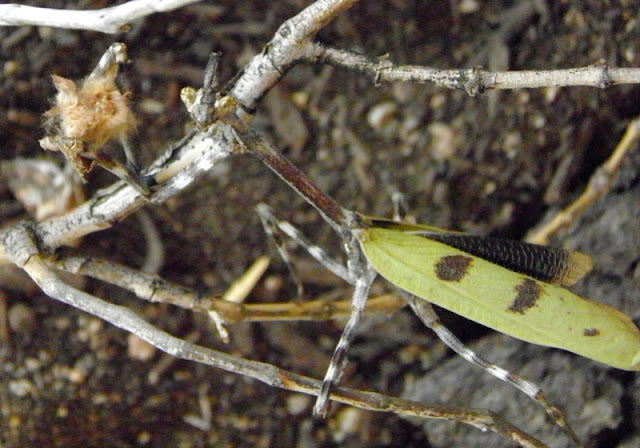 The next morning the mantis was constantly hanging belly up from branches. When I sprayed the terrarium with water, she immediately left her perch to lick up all water droplets  she could find. A couple of hours later she was finally ready to eat as well. She grabbed several moths that I offered. In the picture she is holding a freshly hatched Tent Caterpillar Moth

Posted by Margarethe Brummermann at 3:55 PM